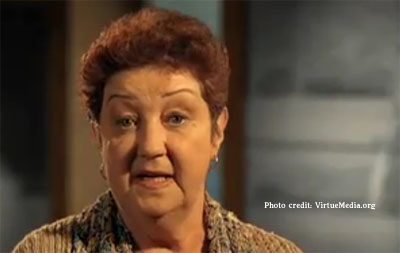 Norma McCorvey, the anonymous plaintiff known as “Roe” in the infamous 1973 Supreme Court case that legalized abortion nationwide, has died of a heart ailment in Katy, Texas. She was 69.

McCorvey was 22 when attorneys Sarah Weddington and Linda Coffee used her to bring forward a lawsuit in 1970 challenging abortion laws throughout the country. While in some states abortion was already legal, in McCorvey’s state of Texas, it wasn’t. The Court in Roe v. Wade claimed that abortion was a constitutional right, and thus, all laws restricting abortion were struck down. While it had been previously claimed that McCorvey was raped, in the 1980s she shed her “Roe” pseudonym and came forward, admitting that she had never been raped. She also never wanted an abortion, and never had one. She said that the rape story was fabricated to make a stronger case for abortion, and ultimately, her third child was given the gift of adoption.

She later explained that when she asked her doctor to put her in touch with attorneys that specialized in adoption, the doctor instead introduced her to Weddington and Coffee, who needed a vulnerable pregnant woman they could use as their pawn, who would sign the paperwork to begin the legal fight over abortion. McCorvey never even entered a courtroom, and only signed an affidavit for “pizza and beer.”

She found out about Roe v. Wade when the decision was printed in the newspapers. Weddington and Coffee did not contact her to give her the news first.

In 1995, McCorvey became a staunch pro-life advocate, and spent the rest of her life fighting to have her case reopened and overturned. In Alabama in 2008, she said, “My decisions were wrong and I am fighting with every breath to change what has occurred. My view has changed. I believe that God has brought me to this point to bring change once again.”

She continued speaking out about her pro-life beliefs and explaining how she was exploited and used by her pro-abortion attorneys to forward their own agenda. “At that time, I was a street person,” she said. “I lived, worked, and panhandled out on the streets. My totally powerless circumstance made it easy for them to use me. My presence was a necessary evil. My real interests were not their concern.” While the abortion lobby wanted to use her as an icon for abortion, and for a time, she worked in abortion facilities. But what she saw there changed her life forever.

There was never time for the mother to reflect or to consult with anyone who could offer her help or an alternative. There was no informed consent. In my opinion, the only thing the abortion doctors and clinics cared about was making money. No abortion clinic cared about the women involved. As far as I could tell, every woman had the name of Jane Roe.

When pro-lifers moved into the building across from her, they reached out to her and other clinic workers, and it was the compassion and love of the pro-life movement that changed her heart and convinced her to fight for life. “I long for the day that justice will be done and the burden from all of these deaths will be removed from my shoulders,” she later said. “I want to do everything in my power to help women and their children.”

Editor’s Note: If you are facing pressure to have an abortion, see these resources for help. Abortion Pill Reversal network may be able to help if you have begun an abortion but are regretting your decision. If you are considering your pregnancy options, here are 10 Reasons Not to Have an Abortion.