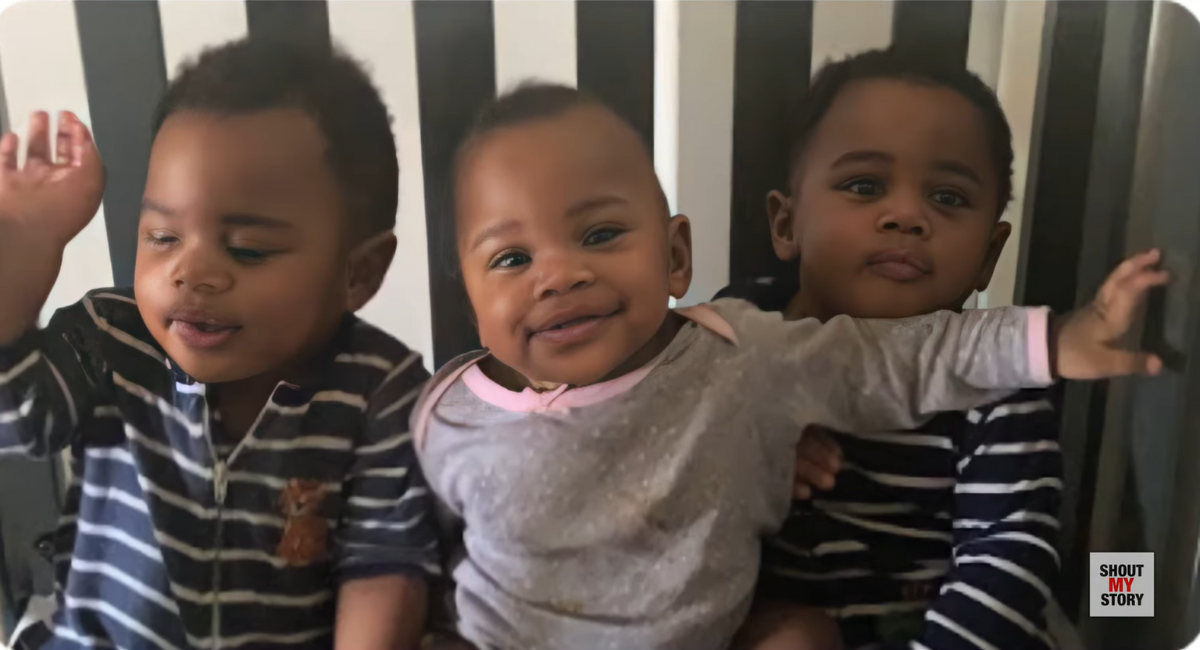 Even as smear campaigns and worse continue to barrage pregnancy resource centers across the country, the women who actually walk through their doors and receive material services and emotional support tell a different story.

In 2021, single mom Veltaasia Ivy learned that she was expecting… triplets. She told Shout My Story, “As I found out that I was pregnant, I was basically a single mom. I barely had somewhere to stay, I didn’t have an address to my name. Here it comes, you know, not just one baby that I’m fixing to have — it was three.” The mom of two older children — a daughter and a toddler son — Ivy felt unequipped to care for another child, let alone three children at one time. “In my mind, I just couldn’t pinpoint to be able to take care of these babies. I love my other two babies like crazy. For me, fixing to have triplets, it was a big stop on my life.”

Abortion-minded out of desperation

Struggling financially and feeling alone, Veltaasia felt abortion was her only option. “I honestly was not going to keep them. I had it in my mind deep down inside that I couldn’t do it. I didn’t have no help [sic].” That’s where a pregnancy resource center, Southside Women’s Services in a Chicago suburb, stepped in. “I came to Southside straight abortion-minded. What changed my mind was, I talked to the counselor and [she was] you know, very encouraging. They also told me ‘you’re not going to be alone. If you need anything, reach out to us for anything.”

That encouragement and support made all the difference for Ivy as she began to imagine the possibility of parenting her three preborn children. Her heart especially became more open after her eight-year-old daughter found the ultrasound images from the sonogram her mom had at Southside and rejoiced to hear the news of her siblings on the way. Ivy then began to feel excitement underneath all the fear and uncertainty she initially felt. “The joy on her face, you know, made me excited.”

She continued, “And then, as time went, I was amazed. I’m really carrying three babies. I would go to the doctor and I would see them on the screen and it was so beautiful. It was so beautiful that I got more happier, to even praise, to carry these babies. I’m thanking God that I had my babies.”

An unexpected turn of events

Sadly, Ivy’s doctor offered her the option of “selective reduction,” aborting one baby in an attempt to make caregiving for the other two more manageable.

“They offered to do the abortion because they felt that maybe I couldn’t handle three. They offered ‘You know, are you able to take on this task? Maybe, if you can’t keep three, you can keep the two.’”

The doctor’s “offer” reflects a devastating cultural mindset that sees eliminating innocent lives as the best way to eliminate hardship, and targets innocent preborn people for death rather than seeking to alleviate the desperate circumstances of their parents.

Ivy, while initially taken aback, adamantly refused abortion. “I wasn’t with it at all because you’re taking a life away right before my eyes. [The doctor’s suggestion] was hurtful, but… I decided to keep all three of my babies.”

Her babies are blessings

Ivy welcomed Ryan, Rhiann, and Rain into the world prematurely, and visited them every single day of their neonatal intensive care unit (NICU) stay. “Looking at them in the NICU with a lot of tubes, that hurt my heart to see. But again, that was still a blessing, because my babies were alive, breathing, and getting healthy. I was very, very, very proud of them. To this day, I’m very proud of them.”

“I definitely have a challenge of having my babies, all five of them. A lot of people will ask me, ‘how do you do that? How do you maintain? How do you carry? What do you do?’ All I can say is, ‘Prayer. Prayer really works.’” She also credits the help of her older daughter.

Words for other abortion-minded women

“If I had to sit with someone [considering abortion], I would really encourage them to love on yourself. You have to love yourself before you can give love. So once you love on yourself, give it to your baby. Encourage yourself to just say ‘this is my baby.’ You know, make it where you know that you have riches. We might not have the money, but you’re rich.”

Ivy’s story of strength and overcoming is just one among many that occur across the country every day. Amidst societal and, sometimes, even medical professional pressures telling women they can’t, pregnancy resource centers walk alongside women, showing them that they can. And that support continues long after the child (or children, in Ivy’s case) is born.