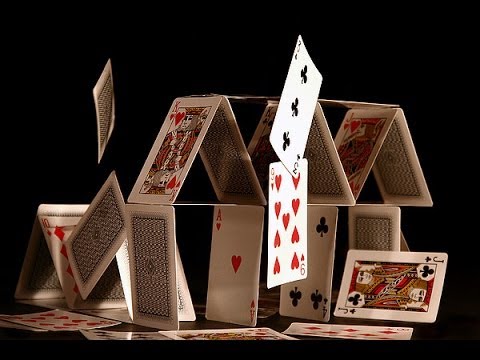 When they’re not busy trying to oppress religion, pro-aborts are trying their best to convince people that abortion is religious.

To call this a mixed message would be an understatement, but on Friday the Hill ran the latest attempt anyway—an op-ed by Religious Institute president and Unitarian Universalist Reverend Debra Haffner, who argues that it’s “dangerous” to deny “the religious foundations for affirming abortion as a morally justifiable decision.” Spoiler alert: those foundations are about as solid as a house of cards.

Two things: first, Pew did release a survey in September indicating disturbingly high levels of tolerance for abortion among the religious, but it didn’t affirm that majorities want to keep abortion legal. It didn’t ask about legality at all, in fact. Instead, it found that 57% of Catholics overall and 60% of Protestants consider abortion sinful, and that a combined total of 67% of Catholics consider opposing abortion to be either essential or important to their identity as Catholics.

That does mesh with the country’s overall population—which again, isn’t what Haffner says it is (a number she likely got by playing fast and loose with how to group the “legal in some circumstances” category). An abundance of polling data from Marist, Gallup, and others indicates that when you specify the circumstances you’re asking about, majorities consistently answer that they want to ban most abortions.

Second, polls don’t define religions. The Bible unambiguously condemns the killing of innocent humans. Science just as unambiguously confirms that preborn babies are humans. Put these two facts together, and the conclusion is inescapable. If a majority of believers really did support abortion, it would reflect badly on their churches’ failures to teach them…but wouldn’t change the teachings.

Religious support for abortion rights is not a recent development. Clergy were a driving force in the movement to legalize abortion in the 1960s, and even conservative denominations like the Southern Baptist Convention supported legislation allowing abortion under some circumstances in the years before Roe.

Really? Even the Baptists? That’s a powerful revelation…except not really, because Haffner conveniently left a out a couple things from the full story: “some circumstances” in this case meant rape, incest, fetal deformity, and health threats to the mother, meaning it still wouldn’t be justification for the elective-abortion-on-demand agenda she’s trying to rally support for; SBC course-corrected back to “strongly pro-life” by the end of the 70s, and SBC’s current leadership adamantly expresses “our sorrow and our grief” for even that much toleration for abortion’s “assaults on human life.”

Recent research from the Texas Policy Evaluation Project has shown not only that this law has increased barriers to access, but that women who report facing such barriers are significantly more likely to attempt to end their pregnancy without medical assistance. We know now that at least 100,000 Texas women have at some point tried to take matters into their own hands and end their pregnancies without medical care, a life-threatening practice we had prayed had ended four decades ago.

That would be the same study we debunked last fall for not asking when, where, or why the self-abortions were supposedly attempted, and not even bothering to compare their “findings” with a control group. I get that a lot of shoddy journalists repeated it without bothering to vet their story, but the biblical duty not to bear false witness still applies, Reverend.

The Texas measures that limit women’s access to abortion services will do nothing to promote moral decision-making, harm women and their families, and effectively result in coercive childbearing. People of faith affirm that all people should have the opportunity and the power to control their reproductive lives.

Funny, I can’t help but notice that the chapter and verse showing that these “faith principles” mean abortion isn’t specified. Maybe it’s in Proverbs 6—no, that’s “hands that shed innocent blood” being “detestable to” the Lord…how about Jeremiah 1:5? Wrong again; that’s “before I formed you in the womb I knew you.” Weird…Haffner seems so sure it’s in there…

While we’re on the subject, there are a handful of Bible verses that pro-aborts have claimed justify abortion. We have debunked the most popular ones here; but it’s telling that Haffner doesn’t even bother to try citing them—as if her argument deserves to be believed solely on the authority of her wanting it to be.

We will be praying for the justices of the Supreme Court to have the spirit of wisdom and understanding, that they may discern how to best support women’s moral agency. We will pray that the attorneys have skill in their arguments, that they may inspire justice. We will pray that the plaintiffs have courage, strength and perseverance. We will end our prayers with these words: “Bless us as we seek to create a more just world where all people have the right to make their own private reproductive decisions and obtain safe, legal, and accessible abortion services. Amen.”

Wow. No matter how many times we hear the perversity of pro-abortions praying for the freedom to kill God’s children, the shock and disgust never seem to dampen. Debra Haffner may have utterly, utterly failed to make her case for the religiosity of abortion, but her closer does call to mind one Bible verse, Proverbs 28:9: “If one turns away his ear from hearing the law, even his prayer is an abomination.”