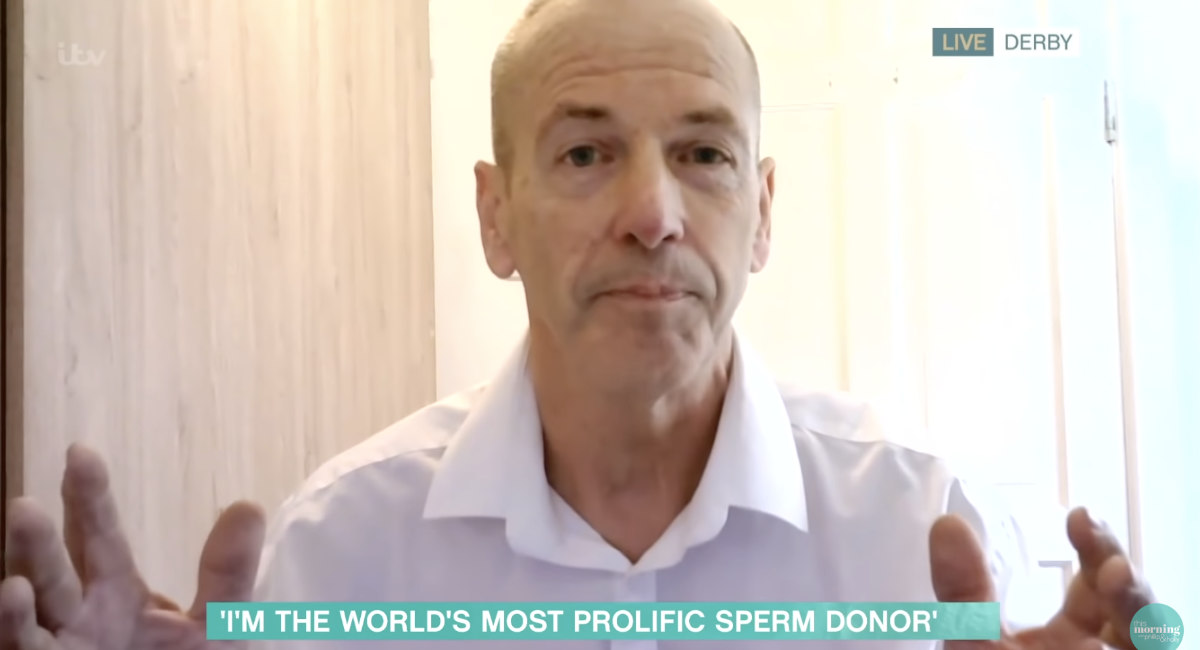 Englishman Clive Jones is boasting that he is the world’s “most prolific sperm donor,” claiming to have fathered 129 born children (with another nine in the womb) — and he hopes to reach 150. But shockingly, Jones doesn’t work with a fertility clinic or doctor’s office — instead, he advertises his services on Facebook and donates sperm from the back of his van.

“I’m probably the world’s most prolific sperm donor with now being at 138 ‘babies’, well, 129 babies born, nine ongoing pregnancies. I might continue for another few years. Get to 150 anyway,” he told Derbyshire Live.

“I do it for free, though sometimes ask a bit for petrol. It’s illegal to charge and doesn’t seem right to take money when I have more than them,” he went on.

Jones, age 66, only began donating his sperm when he was 58 years old. He decided to branch out on his own and advertise through social media because many sperm banks have an upper age limit of 45.

While many would agree that it is shocking that he has fathered well over 100 children, Jones views it as an act of charity. “I think people would understand more if they saw the messages I get and the photos of the babies with very happy mothers,” he said. “I feel the happiness it brings. I once had a grandmother message me thanking me for her granddaughter.”

Jones is able to continue his sperm donation because the market is largely unregulated. A spokesperson for The Human Fertilisation and Embryology Authority said that because Jones is donating his sperm rather than selling it, they don’t have the power to stop him. However, the organization did issue a warning, saying, “If arrangements are made outside of the clinic environment there can be medical and legal risks; for example, without the proper consents in place the donor is likely to be seen as the legal parent, with all the rights and responsibilities that involves. Clinics will also rigorously test all donors for medical and hereditary illnesses.”

Derbyshire Live also reports that Jones’ actions have taken a toll on his marriage. He now lives apart from his wife, who is “not at all happy” with what he does.

Jones says that he is doing this as a way to bring families happiness, but unfortunately, he is completely disregarding one very important part of the equation: the children he creates. Many donor-conceived children have described feeling like they were “mass-produced,” and some struggle with lasting psychological and emotional issues. Many grow up having no idea where they come from, who their siblings are, or what their background is.

—Sadly, when human beings are commercialized and children are viewed as commodities, they begin to be viewed as products to be bought and sold, not precious individuals who deserve to be treated with dignity and respect.