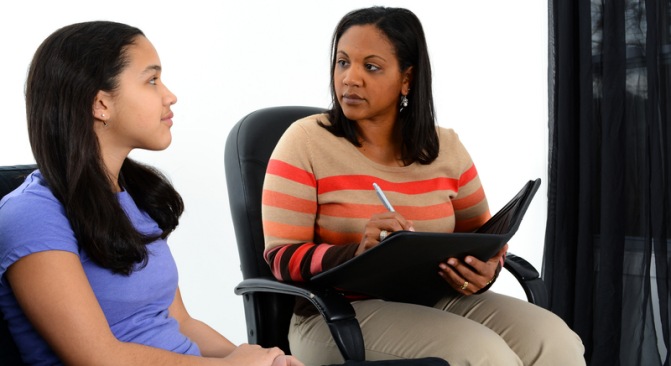 For most pro-lifers, the answer the question of “why are abortion clinics legal?” is pretty tough, because we all know that they shouldn’t be. Remove the issue of abortion, and you still find that abortion clinics tend to be deeply problematic, with a history of lying to women, giving substandard care, covering up rape, sex trafficking, abuse, and practicing under horrific conditions.

So why are these clinics legal? Because fighting abortion is political suicide for many politicians, and because for the very vocal crowd of pro-abortion extremists, abortion is the only thing that allows women to be able to accomplish anything in life, ever (but don’t call them anti-feminist).

Keep all that in mind when you read one of Slate’s newest offerings at their Double X blog, asking why crisis pregnancy centers are still legal, since they so frequently “lie”.

Sounds simple enough, but such disclosures are anathema to crisis pregnancy centers, or CPCs, which often use misleading advertisements—sometimes even posing as abortion providers—and regularly dispense inaccurate information in order to dissuade women from accessing contraception and abortion, as NARAL Pro-Choice America has documented. A 2006 congressional report found that federally funded CPCs informed patients seeking abortions that the procedure “could increase the risk of breast cancer, result in sterility, and lead to suicide and ‘post-abortion stress disorder.’ ”

Notice that while they complain about CPCs informing patients about the risks of abortion, they don’t actually rebut the claims — likely because, you know, they’re true.

Multiple studies have found links between breast cancer and abortion, as well as increased risks for liver, ovarian, and cervical cancers. They are also more likely to get endometriosis and pelvic inflammatory disease. Many women who have had abortions have also had more than one, which puts them at higher risk of preterm labor. The risks of abortion itself include numerous life-threatening complications, which can indeed affect a woman’s ability to have children in the future. On top of all of that, abortion is known to put women’s mental health at risk — women who have abortions are more likely to suffer from anxiety, depression, alcohol and drug abuse, and suicidal behavior. They’re also more likely to become victims of domestic violence.

But darn those CPCs for lying to women about abortion by giving them the facts, or something!

Last year, I attended a conference for Heartbeat International, a Christian pregnancy center network with 1,800 affiliate centers. Heartbeat speakers instructed CPC staff to hide their anti-abortion motives by giving their centers neutral-seeming names such as “Choices,” situating them near abortion clinics, and scrubbing their Christian beliefs from their websites. In every state in the U.S., consumer protection laws prohibit businesses from engaging in false advertising and other misleading practices. But regulating CPCs under these protections is tricky for a few reasons.

One big barrier to consumer fraud litigation is the power imbalance between CPCs and the women who could potentially file fraud claims. At the Heartbeat conference several speakers openly acknowledged that their centers are most appealing to young, disenfranchised women who don’t have anywhere else to turn. “Generally, if they’re calling us, they’re afraid to talk to the people in their life,” said Bri Laycock, director of Heartbeat’s phone referral service, Option Line. In contrast, CPCs are often affiliated with politically connected national organizations supported by teams of lawyers, many of whom also draft model anti-abortion legislation.

So now CPCs are being accused of “consumer fraud” because… um… they use words like “choices” and “options”, and are too close to abortion clinics. Don’t those anti-abortion lunatics know that the only choice that’s allowed is abortion? How dare they give women another choice beyond just abortion!

On and on it goes, with Double X writer Meaghan Winter desperately grasping at straws to try to illustrate why CPCs should be made illegal across the board, and yet falling so very short of coming up with any behavior that could even remotely be considered illegal. Hey, Meaghan, news flash: just because you don’t like something, that doesn’t mean it should be banned without reason.

Here’s what I want to know, Meaghan: if “lying” is the yardstick by which we should measure legality, then why on earth should abortion clinics be allowed to remain open? The abortion industry, and Planned Parenthood in particular, thrives off of lying to women.

They routinely peddle in lies and misinformation, as well as rampant manipulation. They don’t want women to know the details of pregnancy or fetal development. They don’t want women to know the risks, nor do they care about making sure that women are dealing with the abortion in a safe manner — once they’ve got their blood money, they couldn’t care less about women. And in addition to this peddling of lies and misinformation, actual lawbreaking is endemic to the abortion industry. And we’re not talking about silly, made up stuff like accusing a clinic of consumer fraud because we don’t like the name.

Time and time again, abortion clinics have been known to cover up the sexual abuse and rape of children, as well as of sex trafficking. Live Action’s undercover investigations have exposed this repeatedly, and heartbreakingly, there are also countless real world examples. Rapists, abusers, and traffickers take their victims to an abortion mill, where the counselors look the other way, pocket the blood money, and deliver the victim right back into the hands of their captors.

Yet it’s CPCs who should be illegal. Sure, ok.

It’s pretty telling that these pro-abortion extremists are so fanatical that they’ll invent ludicrous reasons why crisis pregnancy centers should be illegal — all because some women might not end up getting an abortion, which is apparently the worst thing ever — while completely ignoring actual medical malpractice and lawbreaking from the abortion industry. And who is it that’s supposed to be anti-woman here?