UPDATE, 2/5/19: Live Action president and founder Lila Rose responded to the news about the Born-Alive Abortion Survivors Protection Act, saying in a press release, “Last night, Senate Democrats sided with abortion extremism over common decency and respect for life. The Democrat Party’s ‘abortion through all nine months’ position is far more extreme than most Americans’, including 60% of Democrats who want to see abortion limited through the first trimester, if not banned outright. We honor Sen. Ben Sasse (R-NE) and other leaders trying to take appropriate action to protect the rights of abortion survivors…. We urge the Senate to bring this bill to the floor for a recorded vote and quickly get this bill to the President’s desk….”

2/4/19: The Born-Alive Abortion Survivors Protection Act failed in the U.S. Senate after a lone Democrat — pro-abortion Senator Patty Murray (D-Wash.) — stood and objected, leaving the chamber immediately afterward. Senator Ben Sasse, who introduced the bill to protect children who survive abortions from infanticide, had requested that it be passed by unanimous consent vote. According to the Daily Wire, “Murray objected to the unanimous consent vote, stating, ‘We have laws against infanticide in this country. This is a gross misinterpretation of the actual language of the bill that is being asked to be considered and, therefore, I object.'” 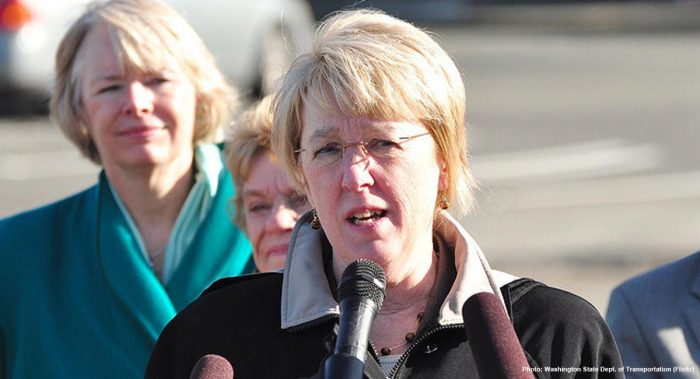 Murray has previously accused GOP senators of attempting to “turn back the clock on women’s healthcare” upon introducing a pro-life bill, and she has been known to go on the attack against pro-lifers by using abortion industry talking points. Murray has received tens of thousands of dollars in campaign funds over the years from abortion industry leader Planned Parenthood.

The bill, according to a press release from Sasse’s office, “would protect newborns that survive abortions by requiring appropriate care and admission to a hospital” and “require[]… health care practitioners [to] exercise the same degree of professional skill and care to protect the newborn as would be offered to any other child born alive at the same gestational age…. Currently federal law does not adequately protect a born child who survives an abortion.”

If this bill against infanticide is eventually brought up again for a floor vote and passes the GOP-controlled Senate, it is not likely to pass in a Democrat-controlled House.

The reality of late-term, third trimester abortion, as well as allowing abortion survivors to die rather than afford them medical care, has come squarely into the public eye once again with the passage of New York’s Reproductive Health Act, which not only removes protections for infants born alive during abortions, but allows for third trimester abortions for the life or “health” of the mother — an exception which has been notoriously broad so as to allow for abortion even for emotional and “familial” health reasons. The public was further outraged when a Virginia lawmaker admitted on video that a bill she introduced would allow for abortions to be committed even when a woman is in labor and has begun to dilate. Virginia Gov. Ralph Northam made controversial comments regarding the bill on a radio show which many have interpreted as an endorsement of infanticide.

The American public has made it clear that they do not agree with late-term abortion, let alone infanticide. A recent poll shows that 75 percent of Americans want abortion heavily restricted.