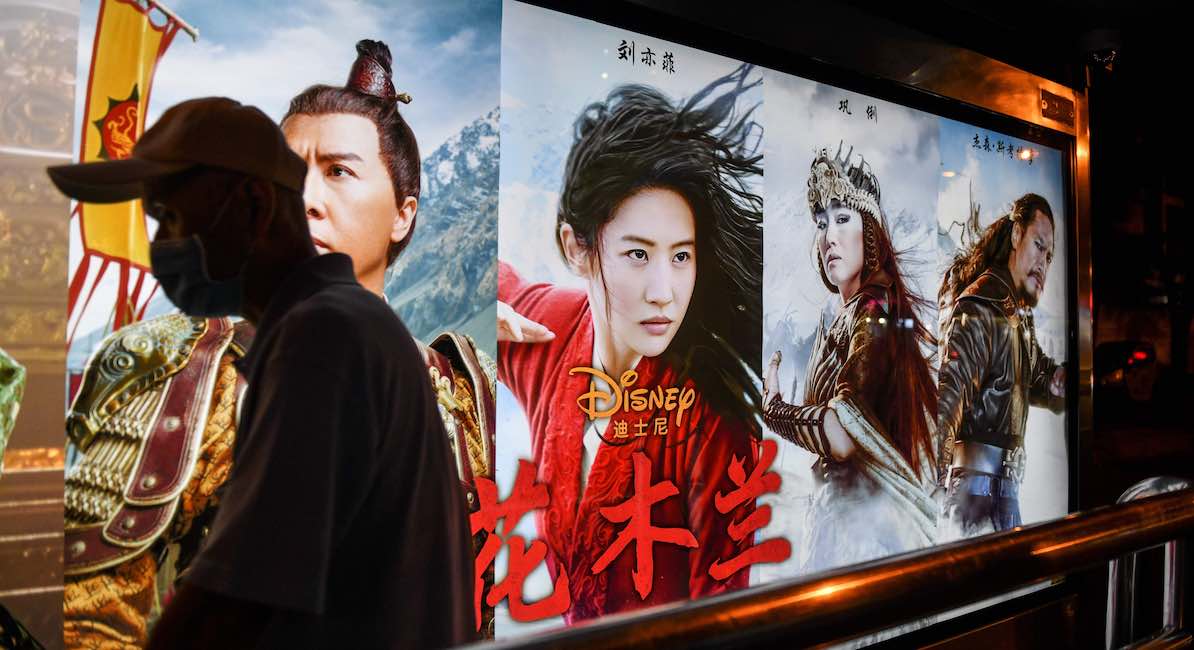 The live-action remake of “Mulan” seems to have been massively successful for the Walt Disney Company. The movie reportedly led to a massive increase in downloads of Disney+, the entertainment giant’s streaming platform. The film was controversial from the start, after Liu Yifei, the actress portraying the lead character of Mulan, made comments in support of Hong Kong police, who brutally cracked down on pro-democracy protestors fighting against communist China’s efforts to exert control over Hong Kong’s autonomy. Yet new information came to light this week linking Disney’s “Mulan” to China’s genocide against the Uighur people in Xinjiang.

Many critics have praised the empowering remake of the story, which features gorgeous landscapes filmed on-location in China. Yet eagle-eyed viewers noticed that, buried deep in the credits, Disney gave special thanks to over a dozen Chinese institutions. This was controversial because four Chinese Communist Party propaganda departments in the region of Xinjiang, as well as the Public Security Bureau of the city of Turpan in the same region, were listed among the thanks.

“Shameful compromises” made by Disney

Isaac Stone Fish, a contributor for the Washington Post, broke down the scandal. “Disney … worked with regions where genocide is occurring, and thanked government departments that are helping to carry it out,” he wrote. He further explained the controversy in a Twitter thread outlining how Disney filmed in a region where genocide is actively being carried out, and then thanked the propaganda departments that are covering it up.

Here's the screenshot, buried at the end of the credits, about who Disney thanks in China. Notice the 'publicity departments.' That's a mistranslation of 宣传部，"propaganda department." pic.twitter.com/6Axe5iwbaj

“It’s especially galling that they thanked the Public Security bureau of Turpan, which released a chilling document telling officials how to respond when relatives asked about their family members in concentration camps,” he wrote on Twitter. “‘They’re in a training school,’ officials were chillingly taught to reply. ‘They have very good conditions for studying and living there, and you have nothing to worry about.'”

Fish concluded by comparing the film to the notorious “Song of the South,” which has never been released on home video due to its racist content. “In 1946, Disney released ‘Song of the South,’ which glorified life on a plantation in painfully racist terms. Rightfully ashamed, Disney later pulled the film — it’s now difficult to find a copy,” he wrote. “Mulan is arguably Disney’s most problematic movie since then. Not because of its content, but because of the shameful compromises Disney made in order to shoot it.”

Georgia signs a law protecting babies in the womb after a heartbeat can be detected & @Disney pulls out of filming.

Earlier this year, the “Mulan” production team told Architectural Digest that in addition to shooting in the Xinjiang region, they spent months there to research filming locations — in the region where Uighur Muslims are being unlawfully detained, tortured, and killed.

The genocide against Uighur Muslims

China is already notorious for its human rights abuses, largely surrounding their population control policies. In recent years, however, the Chinese government has been specifically targeting Uighur Muslims, an ethnic minority group. It’s estimated that over one million Uighurs are being held in concentration camps, where survivors have told horror stories of what people there are forced to endure.

Haaretz investigations found that prisoners have been forced to have their heads shaved and forced to live in small rooms with only a bucket for a toilet. They are also monitored constantly by cameras. Prisoners are subjected to propaganda and re-education, and have been subjected to tortures such as having fingernails pulled out, having skin flayed, and receiving electric shocks in the so-called “black room.” They have been subjected to medical experimentation, with many left infertile, and women have been reportedly raped and forced into abortions. Women in particular have been victims of sadistic sexual violence and torture, including gang rape. Other victims had their organs harvested from them, without anesthesia, while they were still alive. 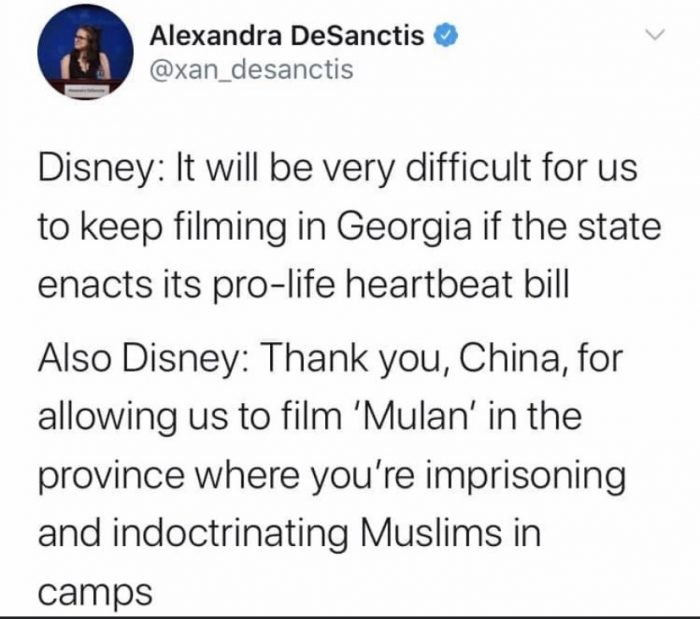 Another tool in China’s genocidal arsenal is preventing Uighur women from having children, by forcing them into sterilization and abortion, and by committing infanticide. An Associated Press investigation described China as committing a “demographic genocide,” by conducting regular pregnancy checks on Uighurs, forcing them to receive intra-uterine devices (IUDs), and forcing them to have abortions. A whistleblower also reported that hospital staff in Xinjiang would kill newborns if their parents were Uighurs who the state deemed as having “too many” children. This demographic genocide has been successful; Uighur birth rates have been plummeting in comparison to overall Chinese birth rates.

Disney’s alliance with the culture of death

Despite these human atrocities, Disney has seemingly had no problem doing business with China. The corporation previously threatened a boycott against the state of Georgia for passing a pro-life law, yet it looks the other way as Chinese women are forced into abortions and Uighur Muslims become victims of genocide. In addition to the “Mulan” controversy, Disney also opened a theme park in China in 2016.

Disney previously worked with the pro-abortion Population Council to make an animated film pushing population control policies. The film, titled “Family Planning,” showed Donald Duck portraying large families as miserable and unhealthy. Large families will have “no money for modern conveniences. […] The mother will have too much to do. She’ll be tired and cross and her health will suffer. The children will be sickly and unhappy with little hope for the future.”

The Population Council specifically said the film was designed primarily for families in Latin America, Africa, and Asia.

Given this background, it is perhaps less than surprising that modern-day Disney does not seem bothered by a genocide in China, or by the well-known atrocities that have resulted from China’s longtime, forced One-Child (now Two-Child) Policy.

The question now is whether the rest of the world will continue to look the other way.