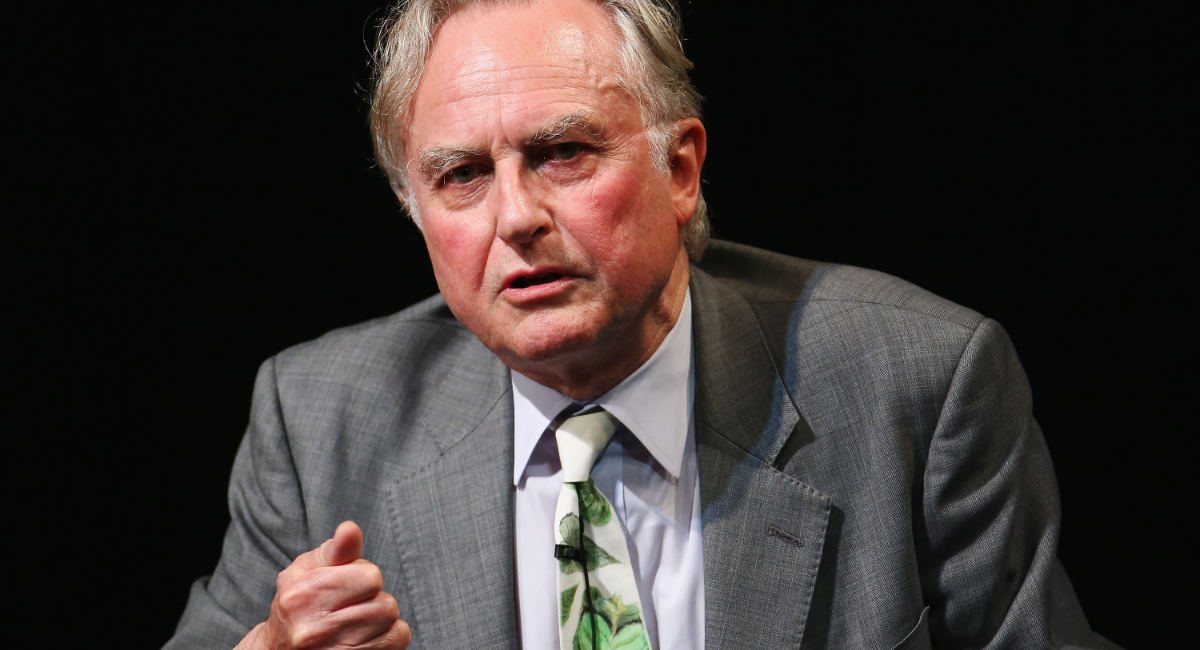 Well-known atheist and evolutionary biologist Richard Dawkins has ignited controversy once again after a recent interview with the father of a child with Down syndrome. That father, Brendan O’Connor, is a broadcaster for Irish public service broadcaster Raidió Teilifís Éireann (RTE), and hosts the Brendan O’Connor Show on weekends. During an interview with Dawkins, O’Connor challenged him on his claim that choosing not to abort babies with Down syndrome is immoral.

In 2014, a woman tweeted a question to Dawkins about what she should do if she learned she was pregnant with a child with Down syndrome, calling it a “real ethical dilemma.” Dawkins, however, was clear on what he thought should happen. “Abort it and try again,” he tweeted. “It would be immoral to bring it into the world if you have the choice.” He doubled down further, negatively comparing people with Down syndrome to autistic people. “People on that spectrum have a great deal to contribute, Maybe even an enhanced ability in some respects,” he wrote. “DS not enhanced.”

Unsurprisingly, many people were furious with Dawkins’ suggestion that it is immoral to bring a child with Down syndrome into the world. And years later, O’Connor was prepared to challenge him on that claim.

O’Connor is a father to two children — Anna and Mary. Mary, born in 2010, has Down syndrome. During his interview, he asked Dawkins pointed questions, making sure to let him know that this issue affects him personally. “Now, you’re speaking to somebody who did bring someone like that into the world, but let’s put that aside,” O’Connor began. “I’m interested in, how do you think it is immoral to bring someone with Down syndrome into the world?”

“I think that once you have a child with Down syndrome, you love it, you cherish it, everybody does, that’s well-known,” Dawkins responded. “I wouldn’t deny that for one single moment. But before it’s born, the vast number of people take an amniocentesis and is diagnosed with Down syndrome, as a matter of fact, do abort it.”

O’Connor acknowledged the sad statistic as a fact, and said he wouldn’t judge anyone for it, but pressed Dawkins, asking, “But why is it immoral not to abort it?”

“Well, that was probably putting it a bit too strongly,” Dawkins conceded. “But given that the amount of suffering in the world probably does not go down — probably does go up — compared to having another child who doesn’t have Down syndrome, then that’s what I meant. I want to stress over and over again, I was of course not suggesting that people who already have a Down syndrome child don’t love it, shouldn’t love it.”

O’Connor continued to push back, asking, “How do you know that it increases the amount of suffering in the world to bring in a child with Down syndrome into the world?”

This question forced Dawkins to admit that he wasn’t actually certain about that. “It seems to me to be plausible that… if a child has any kind of disability, then you probably would increase the amount of happiness in the world more by having another child instead,” he said.

“But you have no reason for knowing that,” O’Connor responded, which Dawkins again conceded was correct.

To that, Dawkins only hesitated briefly before answering. “Well, um, I think deafness, blindness… when you have the choice, when it’s early in pregnancy, and the fetus is hardly started to develop, almost everybody, as a matter of fact, does abort a child if it has an easily diagnosable disability,” he replied. He also continued to fight back against the use of the phrase “immoral,” even though O’Connor pointed out that Dawkins was the one to use it in the first place.

O’Connor concluded the debate by pointing out that even supposedly “perfect” children cause suffering in the world.

Many Twitter users responded to the exchange, praising O’Connor for his calm, measured approach to such an offensive outlook.

“For years now as an atheist I’ve been deeply uncomfortable with Richard Dawkins’ voice dominating the debate over what atheism means,” journalist Neil MacKay tweeted. “Now I’m sick to death of him. He makes atheism cruel and intolerant. Being a humanist means loving humanity. Be kind. Be better. Lead by example.”

Even those who support abortion criticized his take, like A.H. Reaume, a disabled writer and feminist. “Richard Dawkins is an ableist who should have his emeritus status at Oxford revoked as some are calling for,” she tweeted. “He is not just openly calling for mothers to selectively abort only disabled babies, he is saying it’s the moral thing. I am pro-choice. But this rhetoric is eugenics.” In another Twitter thread, she quipped that a gene for eugenicists should be located and removed instead. “We will, of course, let them try to prove their lives have value,” she wrote. “But we will analyze those proofs rigorously. And probably do an economic analysis. And thought experiments. And determine eventually that they just aren’t good judges of their own happiness!”

Eugenicist beliefs like those espoused by Dawkins have led to the targeting of people with Down syndrome for abortion in countries like Iceland, Denmark, Poland, and the Netherlands.