He is not exactly a model citizen.

Live Action’s undercover investigators caught Carhart joking and laughing about late-term abortions, and lying about the deaths of two of his patients.

Pro-abortion website RH Reality Check chimed in on the video, accusing Live Action of threatening the provider-patient relationship, and boasting of Carhart’s “compassionate relationships” with his patients.

Carhart is repeatedly grilled by a would-be patient, who portrays herself as 26 weeks pregnant, as to the procedure he would use in a pregnancy of that gestation. In response to the woman’s stated concern that a fetus whose demise has been caused by injection ‘would decay inside of her,’ Carhart seeks to reassure her, at one point saying the fetus would soften like ‘meat in a Crock-Pot.’ Predictably, Live Action, and subsequently other anti-abortion groups, have seized upon this statement and used it to further their campaign of what might be called the ‘Gosnellization’ of individuals who provide later abortions—that is, to claim that Carhart and his colleagues are no different than the rogue doctor now on trial in Philadelphia for dangerous and illegal practices.

But Leroy Carhart and Kermit Gosnell could not be more different as abortion providers. As the New York Times pointed out in its coverage of this incident, ‘[T]he video provides no evidence of illegal action or subpar medical techniques.’ Tracy Weitz, my University of California, San Francisco colleague, further pointed out to the paper the evident concern that Carhart exhibited toward the (imposter) patient, and offered this context to his ‘Crock-Pot’ remark: ‘Doctors struggle to find terminology to help a client understand what’s happening, and while it may seem wrong to us, it may be appropriate for that conversation.’ (The recent film After Tiller also amply demonstrates Dr. Carhart’s compassionate relationship with patients.)

Leaving aside the fact that Live Action’s investigators didn’t “portray themselves” as pregnant (they actually were), and the insanely offensive and cavalier attitude he displayed towards killing babies, how compassionate could LeRoy Carhart actually be?

We know that he lied about the fact that he killed two patients, Christin Gilbert and Jennifer Morbelli. In both deaths, the families found themselves alone, unable to reach Carhart, and left with no assistance or medical aid. In both cases, Carhart and his staff refused to give medical professionals details of the emergencies, or else Carhart just wasn’t available for questions at all. 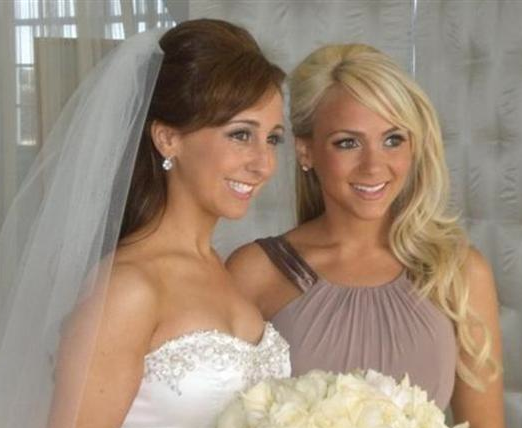 Jennifer Morbelli, one of Carhart’s victims

It turns out that Carhart instructs his patients not to go to the emergency room if they experience complications – advice that was just so beneficial to Christin Gilbert and Jennifer Morbelli – and to call him instead. The only problem is that he was providing a phone number to his wife’s horse show business as his emergency hotline. His clinic and cell numbers were also listed, but as both the Gilbert and Morbelli families found out the hard way, Carhart doesn’t often make himself available to his patients in need.

Complaints against Carhart also date as far back as 1991. His clinic administrator accused him of altering patient charts, talking on the phone during procedures, refusing to follow infection control procedures while treating a patient with active tuberculosis, and falling asleep while injecting a patient. She also claimed that he left a patient on the operating room table to go outside and throw rocks at her window.

Other Carhart employees have also come forward to speak about the disgusting conditions of his clinics. Several employees reported being allowed to start IVs or administer medication, despite not being registered nurses or certified licensed nurses. They also admitted that Carhart kept his clinic in generally unclean conditions, including leaving blood on his surgical instruments. Additionally, they allege that there were often missing narcotics and illegal drug use by employees, and that Carhart would lie about a patient’s gestational age in order to get around the law.

Abandoning patients to their deaths, shoddy medical practices, illegal dumping, breaking the law…only in the abortion industry could this man be considered an example of “compassionate” care.