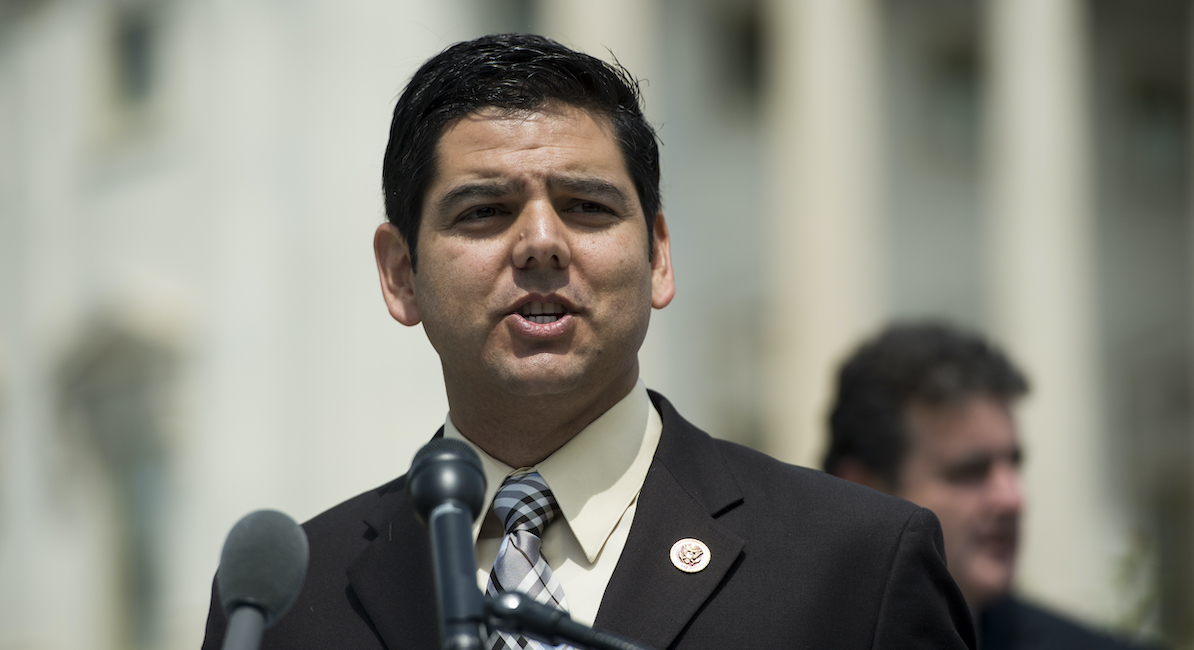 During a House Energy and Commerce committee debate on the Hyde Amendment last week, Rep. Raul Ruiz (D-Calif.) argued in favor of discriminatory abortions, especially those that target children with disabilities and health conditions.

“Discontinuing a pregnancy is medically indicated when there is anencephaly, a developmentally disorder in the formation of the neural tube that can result in a failure of the brain, skull, scalp to develop […],” said Ruiz. “Chromosomal abnormalities, when there are genetic changes responsible for the majority of the miscarriages and many stillbirths that are generally random, not repeating in subsequent pregnancies but they’re frequent indications for therapeutic termination.”

He went on to include health conditions such as hydrocephalus and Potter syndrome as reasons for abortion. Ruiz also mentioned maternal health conditions, including premature rupture of membranes, selective reduction, severe preeclampsia, and ectopic pregnancies as health reasons for abortion. “The statement that terminating a pregnancy has no health reasons is just plainly false,” he determined.

A poor prenatal diagnosis in no way requires an abortion for health reasons. Rather the child’s health is used to excuse the discriminatory abortions of these children who are suddenly no longer considered worthy of life. For babies with anencephaly, the child can continue to live out his or her life until natural death — and after birth, palliative care can be provided to ensure she is comfortable. With this type of care, parents and other family members may get to spend precious moments or hours with their children after birth.

In addition, babies with some of the conditions Ruiz mentioned are actually capable of surviving outside the womb. For Ruiz to claim that it is medically necessary to kill these babies is unethical. The only reason abortion is recommended is that society continues to devalue human beings with disabilities or complex medical needs. Ruiz’s ableist attitude is reflective of a society that wrongly believes certain people are better off dead.

Colton Mckinstry was diagnosed with hydrocephalus while in the womb and doctors offered an abortion, but his parents refused. Today he is a happy and thriving young boy. Rep. Jaime Lynn Herrera Beutler’s (R-Wash.) daughter was diagnosed with Potter syndrome during pregnancy. Herrera Beutler chose life and underwent an experimental treatment to help her daughter, Abigail. Because of this, Abigail is currently the only person to survive after birth with Potter syndrome. She was able to undergo a kidney transplant and is now thriving at age seven.

Rep. Cathy McMorris Rodgers (R-Wash.), who was on the Zoom debate with Ruiz, took issue with Ruiz’s comments and mentioned Abigail Beutler specifically. However, McMorris Rodgers is herself the mother of a child with Down syndrome.

“I was a little concerned by what I was hearing there,” she said. “Dr. Ruiz, I just wanted to ask you if you were saying that it was okay to have an abortion if there is a disability? […] It’s amazing what technology is allowing today.”

McMorris Rodgers later told Townhall, “Our son, Cole, born with an extra 21st chromosome, the most common chromosomal abnormality, one which is often on the list of throwaways, is exceeding the expectations. I’ve learned to throw out what the scientific experts told us at his birth because they got it wrong.”

Cole, she said, is surpassing the limits doctors put on him. But even if he weren’t exceeding expectations, Cole is a human being who does not deserve to be killed by abortion simply because of his diagnosis. There is no medical reason to abort babies with a health condition.

In addition, parents who choose to carry to term have better mental health outcomes than those who choose to abort. So, one could reasonably argue that not only is abortion not medically required for children with disabilities or abnormalities, it’s actually unhealthy for their mothers.

The intent of surgery for ectopic pregnancy is not to kill the baby as abortion exists to do. The baby doesn’t die from a direct attack on his life but as a result of the surgery, which saves the life of the mother.

Ruiz went on to claim that certain maternal conditions require abortion, but he’s wrong again. He lists the premature rupture of membranes and severe preeclampsia as medical reasons for abortion. However, abortion is never medically necessary.

If a mother goes into preterm labor and it can’t be stopped, doctors can deliver the baby alive and attempt to save that child’s life. Babies born as young as 21 weeks are capable of surviving with medical assistance. If labor is able to be stopped, there is no reason to kill the child rather than attempt to help her. Even if the baby is too young to survive outside the womb, making the effort to kill her before she is born is nonsensical.

Preterm birth is not abortion as long as the intent is to do everything possible to help mother and child survive.

As for severe preeclampsia, it generally happens after the 20th week of pregnancy, and as previously stated, babies born as young as 21 weeks have survived. In preeclampsia cases, the best course of action is an emergency C-section which takes less than an hour as opposed to a later abortion which takes two to four days to complete. A C-section also gives the child a fighting chance of survival, whereas in an abortion, the intent is to ensure the child’s death.

Nothing Ruiz argued is rooted in medical truth. Abortion is the deliberate killing of a child, which is never truly medically necessary. A doctor who truly cares for his patients would work to ensure both mother and child receive quality medical care throughout pregnancy.