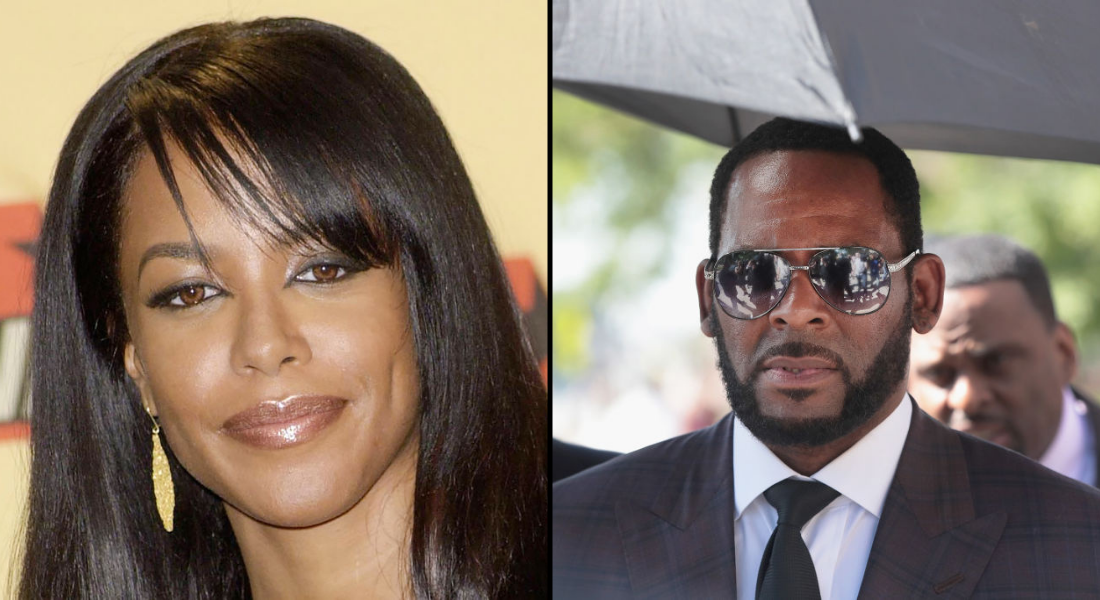 Disgraced R&B singer R. Kelly has faced allegations of sexual abuse for more than 20 years. Currently, he has multiple state and federal charges against him, including racketeering, sexual abuse, and bribery. He is charged with four counts of violating the Mann Act, which prohibits taking minors across state lines for prostitution. As his trial is underway in New York, his accusers are speaking out, including one who testified that he married singer Aaliyah Haughton when she was 15 years old so that he could sign off on her abortion.

Multiple Jane Does are testifying against Kelly during the trial, and Doe #2 took the stand at the Brooklyn Federal Courthouse on Monday, stating that Kelly told her he married Aaliyah when she was just 15 years old in order to get her an abortion. According to HuffPost, Doe testified that Kelly gathered his girlfriends together and told them to ask him anything they wanted. One of them, she said, asked him why he married Aaliyah.

According to Doe, Kelly admitted that at the time, minors could only undergo an abortion with the permission of a parent or a spouse, so he married her — allowing him to give permission for an abortion to be committed.

Kelly’s former tour manager Demetrius Smith testified over the course of several days, admitting that he bribed someone at the welfare office with $500 to get a fake ID for Aaliyah so that she and R. Kelly could get married. He admitted to being present when they obtained a marriage license, and at the wedding as well. Her age on the marriage license was incorrectly listed as 18.

“It shouldn’t have happened. It was wrong,” he testified. “I shouldn’t be talking about Aaliyah ’cause she’s not here.”

Kelly met Aaliyah through her uncle and his manager when she was just 12 years old. He began writing and producing music for her, and was the executive producer of her debut album, which he titled, “Age Ain’t Nothing But A Number.” Aaliyah died in a plane crash in 2001 at the age of 22.

In his 2011 book, “The Man Behind The Man: Looking From The Inside Out,” Smith alleged that Aaliyah was pregnant at the time of her marriage to R. Kelly. Her family filed to have the marriage annulled, and reports state that she was forced to cut professional ties with him. They never worked together again, nor were they seen together in public after that point.

Two years later, Aaliyah filed a petition to have the invalidated marriage certificated expunged from her record. That petition was granted and the documents sealed. By then, R. Kelly was facing a lawsuit from a woman who said he committed statutory rape against her when she was 15 and he was 24. That lawsuit was settled.

As additional women come forward to testify against Kelly, more details are emerging, including further sexual abuse allegations, as well as allegations of physical and mental abuse. The testimony of Jane Doe #5 paints the image of a predator who controlled his victims in every regard.