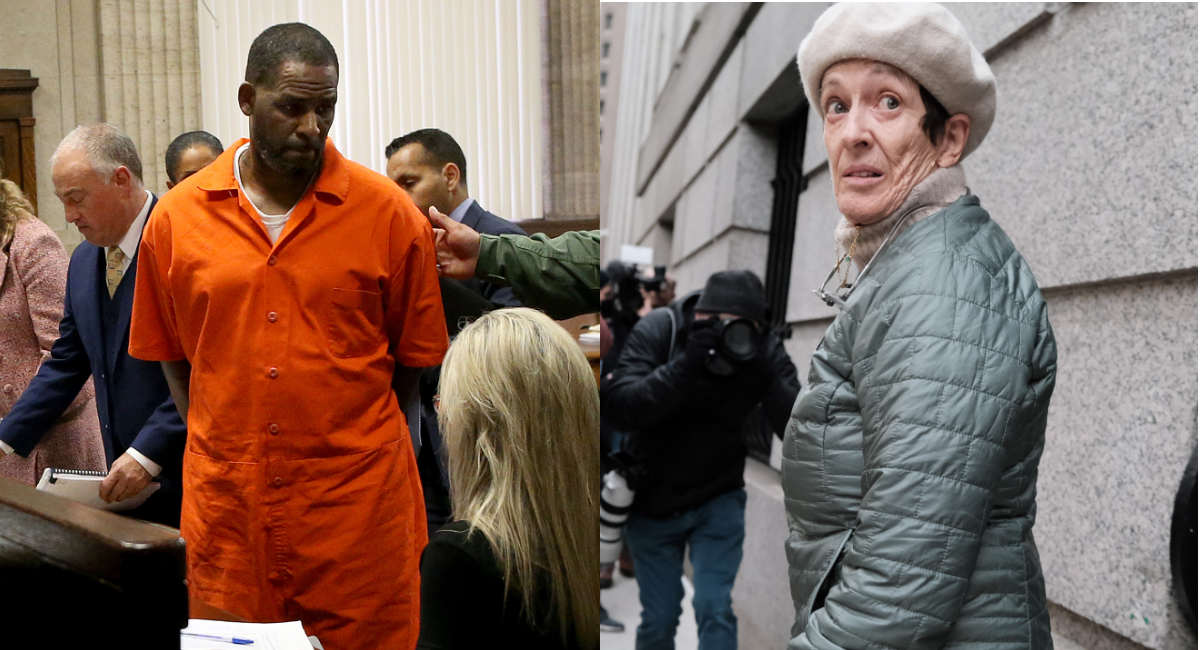 Two of the country’s most notorious sex traffickers have just been sentenced to decades in prison, after targeting minor girls for years. Ghislaine Maxwell and R. Kelly both used and abused young girls, and part of this abuse included forcing them into abortions.

During Maxwell’s trial, the details of her depravity came to shocking light. Maxwell was the one to gain the trust of her victims with big sister-type behavior before moving on to normalizing sexual behavior in front of them. She then gave them to Epstein, who sexually abused the girls. The victims said Maxwell often participated in the abuse as well.

Maxwell specifically sought out girls living in poverty, offering them substantial amounts of money to keep quiet; if that didn’t work, she and Epstein used violence. At least one girl openly spoke of being forced into an abortion. “I had never [sexually] been with anyone except for him,” the unnamed woman told Fox News, referring to Epstein. “The fact that I had to kill my child really affected me and my family.”

She then said Epstein and Maxwell punished her. “Ghislaine was a part of it and Jeffrey Epstein was a part of it and I was drugged, gang raped and left on the lawn and they put a gun to me,” she said. “The man that drove me home said I would never, I would never come back alive if I spoke about it… Ms. Maxwell was a participant, and she made it very clear that I was to keep my mouth shut or harm would come to my family and myself and harm did come to me.”

In a statement before the sentencing was handed down, Maxwell attempted to blame everything on Epstein, who allegedly committed suicide in prison. “Jeffrey Epstein should have been here before all of you,” she said. “It is not about Epstein, ultimately. It is for me to be sentenced.”

Yet Judge Alison Nathan said the sentence was due to “direct and repeated participation in a horrific scheme.”

U.S. Attorney Damian Williams also said the sentence helps to bring some amount of justice to Maxwell and Epstein’s victims. “Today’s sentence holds Ghislaine Maxwell accountable for perpetrating heinous crimes against children,” he said. “This sentence sends a strong message that no one is above the law and it is never too late for justice.”

Rumors of R. Kelly’s crimes and misdeed swirled for 20 years before he was finally brought to justice. Eventually, the disgraced R&B singer was slapped with a slew of state and federal charges, including for racketeering, sexual abuse, bribery, and violating the Mann Act, which prohibits taking minors across state lines for prostitution. During his trial, which was held in New York, numerous Jane Does testified against him, with bombshell after bombshell dropped in court.

One of the Jane Does said Kelly married the late R&B singer Aaliyah when she was just 15 years old, because she had gotten pregnant and he wanted to make her have an abortion. Only parents or spouses could consent to the abortion, thus the reason for the marriage. Kelly’s former tour manager Demetrius Smith testified that he bribed someone at the welfare office to get a fake ID so that she and R. Kelly could get married. He also said he was there when they obtained the marriage license, and was at the wedding as well. Aaliyah’s age on the marriage license was incorrectly listed as 18.

READ: ‘Jane Doe #5’ says R. Kelly forced her into an abortion after grooming and abusing her

Another woman, known only as Jane Doe #5, gave heartbreaking testimony about her treatment at Kelly’s hands. She met him as a junior in high school, and thought he could help her get into the entertainment industry. But Kelly instead began pressuring her to have sex. “I was against it,” she said. “I told him I did not come to please him. He continued to persist.”

She soon moved in with Kelly as one of his multiple girlfriends, but quickly wanted to move out and go back to her parents. She said Kelly began to beat her and refused to let her leave. She wasn’t allowed to contact her parents at all, while she and the other girlfriends were isolated, told how to dress and behave, and forced to participate in humiliating sex acts, which were often videotaped. She said she was brutally beaten and was left with an STD. In 2017, Kelly forced her to have an abortion, even though she didn’t want one, because she said “he wanted me to keep my body tight.”

Judge Ann M. Donnelly said she hopes the sentencing serves as a deterrent, both for Kelly and others like him. “You had a system in place that lured young people into your orbit, and then you took over their lives,” she said. “You taught them that love is enslavement and violence.”

Abortion is a well-known tactic used by abusers and traffickers to keep their crimes hidden. Survivors of sex trafficking have often said that their pimps and abusers take them to places like Planned Parenthood, a common destination for abortions, because “Planned Parenthood didn’t ask any questions.” Others said the facilities knew the victims were minors and that they were being trafficked, but looked the other way.

It is for this reason that parental notification and consent laws are so important. They can keep young girls safe, by serving as the lifeline needed to bring them back to safety. Maxwell and Kelly both show that keeping parents separated and isolated from their children only leads to more trafficking and abuse.