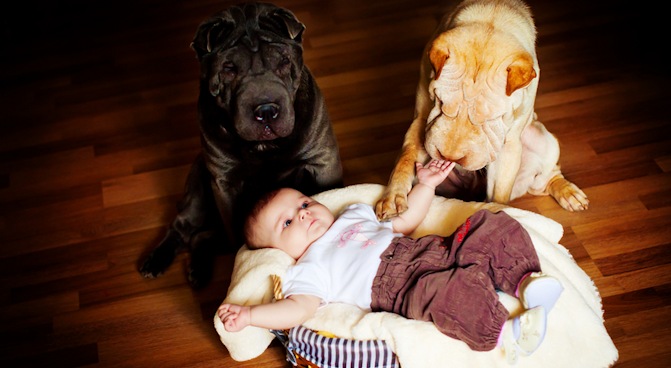 A few days ago, a mini-storm broke out on Twitter (a tweetnado?) over WeRateDogs, a popular entertainment account dedicated to cute canine pictures, selling a hat poking harmless fun at President Donald Trump but donating half the profits to a not-so-harmless cause: Planned Parenthood Action Fund.

After an entirely predictable wave of negative feedback (gee, we could have told them at least half their audience was pro-life), WeRateDogs apologized for injecting a divisive message into the nonpartisan fun (of course, before long they deleted the apology and resumed the partisanship on another issue).

You could use the money to help animals in need but you give it an org that kills babies. Disgusting. https://t.co/YrtwwsEPtj

Dog ranking website financially supporting killing unborn puppies up to the moment of birth. Oh wait, it's only babies, so totes cool! https://t.co/6VYZlAnaKi

We can't even enjoy cute funny dogs without the taint of baby slaughter. Sadness. https://t.co/zYJVgK2TMm

As lamentable as the true values behind WeRateDogs are, and as entertaining as the snarky rebuttals have been, it’s really not that big a story in the grand scheme of things. However, the reactions from the right side of the commentary aisle tell us something much more significant:

Picking sides on one of the most divisive issues of our time — abortion — may be a principled thing to do, but purely on business terms it was a bad idea […] I will say that I would have made the exact same argument if @Dog_Rates had promised to donate money to pro-life groups, a point my left-wing critics seem to have a very difficult time processing.

It’s just fun and sometimes I need to get away from the screaming, blaring, non-stop DEFCON ONE state of partisan political fighting.

Was that too much to ask? Perhaps so. But it was certainly fun while it lasted. And if Matt [Nelson, the founder of WeRateDogs] happens to wind up reading this, I’m not criticizing your politics, buddy. I’m giving a thumbs down to a business decision which was obviously going to damage your brand and reduce your audience. But hey… you do you, as the kids like to say.

Chris Deaton at the Weekly Standard:

In a time where everything is politicized, pictures of cute doggos are a welcome escape from politics. Dogs are something that should unite us all. Regardless of your personal views of Planned Parenthood, we should all agree that some things should remain above politics.

So let me get this straight: the problem here was that Nelson got “political”? Not that he, y’know, championed a pack of monstrous, lying, lawbreaking mass murderers?

Of course it’s true that politicized entertainment is disappointing. Nothing kills a mood at the movies like being reminded the hero on screen is a villain in real life. But that is so much less important than Nelson’s real offense, like getting t-boned at an intersection and complaining that your car’s paint job is ruined.

Really? This is the part that bothers people?

Ladies and gentlemen, if you’ve ever wondered why abortion laws and public opinion never seem to really change that much no matter how much time, money, and effort you keep donating, I dare say these gentlemen have just demonstrated the root cause: the mindset that abortion is just another “political issue” out of many, maybe a little more serious but certainly not on a different moral plane.

Once you’ve decided abortion is morally interchangeable with any other policy, ending it becomes much less urgent. You’re free to prioritize safer, more comfortable, more interesting issues and put off the pro-life cause indefinitely. Vetting judges requires less scrutiny, budgetary provisions become more negotiable, and you can compromise legislation to your heart’s content.

Even on what pro-lifers have come to think of as “our side,” the higher you go up the tiers of commentary, analysis, and elected office, the more common this view is. Now, if this view was correct, then it would make perfect sense to see a Planned Parenthood endorsement purely in terms of business sense and brand damage, but with no moral component. After all, while it might be annoying for an entertainer to come out with the “wrong” stance (whatever that may be) on tax rates or environmental regulations, there’s certainly nothing evil about being uninformed or mistaken on the most effective way to do good.

However, none of the pundits I quoted would have written the above reactions if, say, a popular Twitter account had endorsed the Ku Klux Klan. They would all understand that the problem was evil, not marketing. So why on earth didn’t they when their subject embraced an organization that kills vastly more innocent people in a single year than the KKK did over the course of its entire history? Is Planned Parenthood evil, or just misguided?

Abortion is not like other issues, and Planned Parenthood is not just another wasteful steward of taxpayer dollars. The cost of inaction is violent death, thousands of them per day. It’s long past time all of us started acting like it.