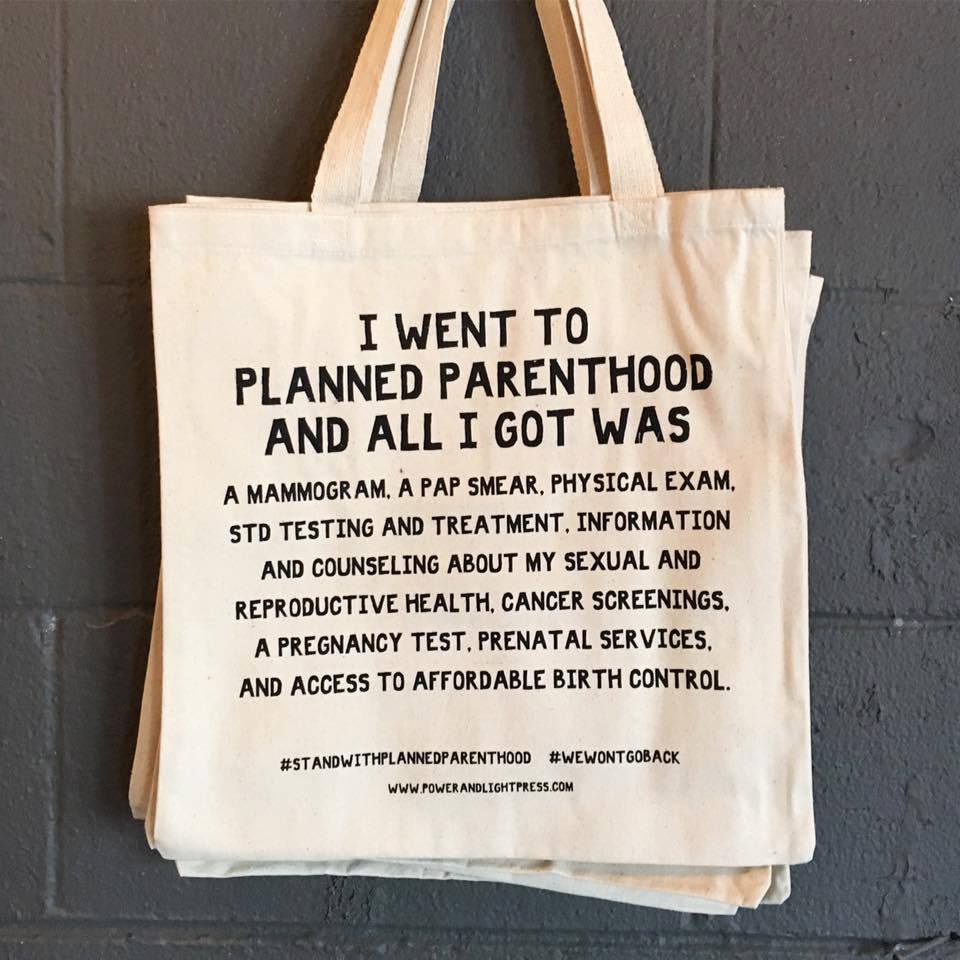 The fundraising tote, with images and links shared by Facebook pages including “Rock the Slut Vote,” was created by Power and Light Press, and so far has raised at least $20,000 for the abortion giant. But the tote is overflowing with lies and misleading information — so much so, that there has already been an edit to information on the tote: the misconception that Planned Parenthood offers mammograms.

The tote reads: I went to Planned Parenthood and all I got was a mammogram, a PAP smear, Physical Exam, STD testing and treatment, information and counseling about my sexual and reproductive health, cancer screenings, a pregnancy test, prenatal services, and access to affordable birth control.

You guys are amazing, and the last 48 hours have been insane. Thanks to all of you, we will be making a donation of $20k to Planned Parenthood today, to support them in keeping healthcare services accessible and affordable to all women. THANK YOU ALL for making it happen! The bags will continue to be for sale, and we will continue to make donations on a monthly basis. ???✊️ Bags will go into production next week and orders will be shipped ASAP! But definitely not for a couple weeks.

First things first: Planned Parenthood doesn’t offer mammograms — a fact CEO Cecile Richards had to admit during a congressional hearing in 2015. Despite the fact that she admitted to this and Live Action proved Planned Parenthood doesn’t offer mammograms with its Mammosham investigation, much of the pro-abortion population of the United States still believes that the organization provides mammograms. They don’t, and Power and Light Press had to own up to this by altering the tote to read: “a breast exam” instead. 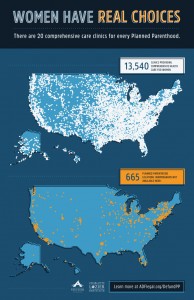 Next, while Planned Parenthood does offer PAP smears, it provides less than 1 percent of the PAP smears in the entire country, performing just 271,539 PAP tests in fiscal year 2014-15 out of 28.1 million tests nationwide. Where else are women going, if not to Planned Parenthood, for their PAP smears? They can go to their primary care doctors, their OB/GYNs, or one of the 13,540 health centers in the country providing comprehensive care to millions of uninsured, working poor and out of work Americans. Compare that to just 665 Planned Parenthood locations nationwide.

Physical exams can be received at primary care providers, but if a woman is without a primary care doctor or health insurance, she can head to one of the 13,540 health clinics. There is likely to be one much closer to her than a Planned Parenthood location.

The same goes for STD testing.

Breast exams for cancer screening do happen at Planned Parenthood; however, Planned Parenthood only performed 1.8 percent of all clinical breast exams that took place in fiscal year 2014-15. In total, they provided just 363,803 out of 20 million exams nationwide. Women without health insurance can, again, visit one of the 13,540 clinics throughout the country.

With so many more locations, [Federally Qualified Health Centers] and health departments are in a better position to help a greater number of people access contraception. But they’ve barely gotten an opportunity to show it, because Planned Parenthood has historically gotten the money, and keeps suing to claim entitlement to FQHC and health department family planning funds.

Planned Parenthood has been pulling the wool over America’s eyes for decades, and this tote just proves that it is still happening. Abortion makes up 94 percent of Planned Parenthood’s services to pregnant women; everything else is just part of the image the organization hides behind — which is that they care about women and they want us to believe they are the only health clinic that exists.