In Connecticut, this trend has abortion activists running scared.

According to a 2015 NARAL report, pro-life centers now outnumber abortion clinics 27 to 19 in the liberal state. Unsurprisingly considering the source, this report accuses pregnancy centers of lying to women about their services, which include free pregnancy tests, free ultrasounds, free baby gear, maternity housing, assistance finding a job, and, yes, even helping the expectant mother choose life. Pregnancy centers are so effective in their pro-life work that Hartford, the state capital, is currently reviewing a measure that would dictate what pregnancy centers say and how they advertise. Any center that doesn’t stick to the government mandated language could be fined $100 a day.

“Pregnancy care centers have a First Amendment right to serve expectant mothers without being forced to engage in coerced speech or other government mandates whose real purpose is to prevent them from helping women,” Peter Wolfgang, executive director of the Family Insitute of Connecticut, told the Hartford Courant. “The push for these ordinances… is being driven by pro-abortion activists who are angry that pro-life centers now outnumber abortion clinics in Connecticut.”

“I urge city officials not to embark on a path that may lead to costly litigation,” Wolfgang added. “Isn’t choice what the abortion issue was supposedly about? If pro-choicers really are what they claim to be, they would leave the centers alone.”

But NARAL and other pro-abortion groups won’t leave pregnancy centers alone because they know how much ground pro-life groups have gained in recent years.

NARAL argues that the names of pregnancy centers sound too similar to the names of abortion facilities, and that this confuses women. Apparently, NARAL believes that abortion-minded women often find their way into pro-life pregnancy centers and are incapable of walking back out the doors. It seems that if a woman is determined to have an abortion, she could easily leave the pro-life center and make her way to the abortion facility. But NARAL knows this isn’t likely to happen once a woman sees her ultrasound and is provided with real resources. This leaves fewer costumers for abortion facilities. When a woman is choosing abortion because she feels it is her only choice, the help offered to her from a pregnancy center is life-changing, empowering her to choose life and parent her child successfully.

Take, for instance, the example of Janey, who was a homeless single mother to a four-year-old girl when she discovered she was pregnant with triplets. Thankfully, Janey refused abortion after receiving help from Pregnancy Resource Center of Rolla. Not only did the pregnancy center help Janey by providing her with a free ultrasound and baby gear, but they also set her up with St. Raymond’s Society maternity home. She was informed about all of her legal options, including abortion, and she was given a place to live and a path to a better future, including a college degree. Volunteers help Janey care for her children while she takes online classes. She is also learning budgeting skills, household and parenting skills, and relationship skills. 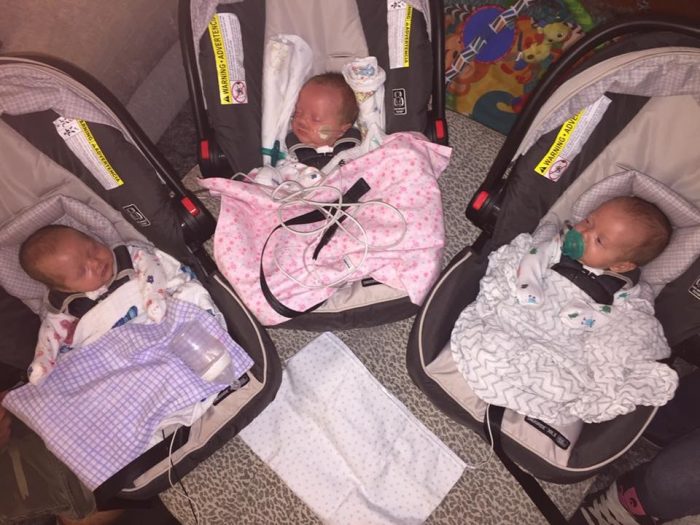 “With options coaching, you’re talking to her about her options. It’s all about her and it’s all focused on her because, let’s face it, she’s the one who is in the situation,” said Jane Dalton, director of St. Raymond’s Society. “I’ve never coached someone who truly wanted to abort her baby. They just want out of the situation they are in. They don’t know how to get out of it except for abortion and it seems like it’s going to be quick and easy for them.”

With such an abundance of pro-life centers offering financial and emotional support to women facing unplanned pregnancies, abortion facilities may not be able to reach their abortion quotas. Out of fear for their own financial well-being, NARAL CT is now attacking pregnancy help centers in the state and spreading false information about them in an attempt to shut them down.

NARAL’s report also claims that “90% of CPCs falsely claimed that an abortion would lead to severe mental health problems.” Again, this is not false information; abortion can lead to mental health conditions. Study after study has proven that women who have abortions suffer from depression, anxiety, thoughts of suicide, the inability to bond with future children, and they are at risk of committing suicide, including one woman who took her own life just hours after her abortion.

NARAL claims that “30% of CPCs falsely suggested a high likelihood of miscarriage in order to deter women from considering abortion or delay them in making a decision about their pregnancy.” The truth is that abortion can cause women to miscarry future children — according to studies presented in publications such as the Journal of the American Medical Association and the British Journal of Gynecology — and even cause permanent infertility.

In the end, the NARAL report is another lie supporting an industry that is struggling to regain the trust of American women after years of being exposed for its deception: for lying about fetal development, about abortion risk factors, and about the number of illegal abortions committed before Roe v. Wade. Planned Parenthood was recently even caught lying about offering prenatal care, and the organization is also under fire for aiding sexual predators.

But perhaps the biggest lie ever told by the abortion industry is that women need abortion because they aren’t strong enough, rich enough, or capable enough to parent their children.

As more pro-life centers open up across Connecticut and across the country, and as greater numbers of younger Americans become pro-life, NARAL will lose the battle… and it already knows it.

Editor’s Note: Originally, this article stated that there are about 4,000 pregnancy centers in the United States. However, the source for the 4,000 figure was removed and appears to have been based on an inaccurate count for the United States.