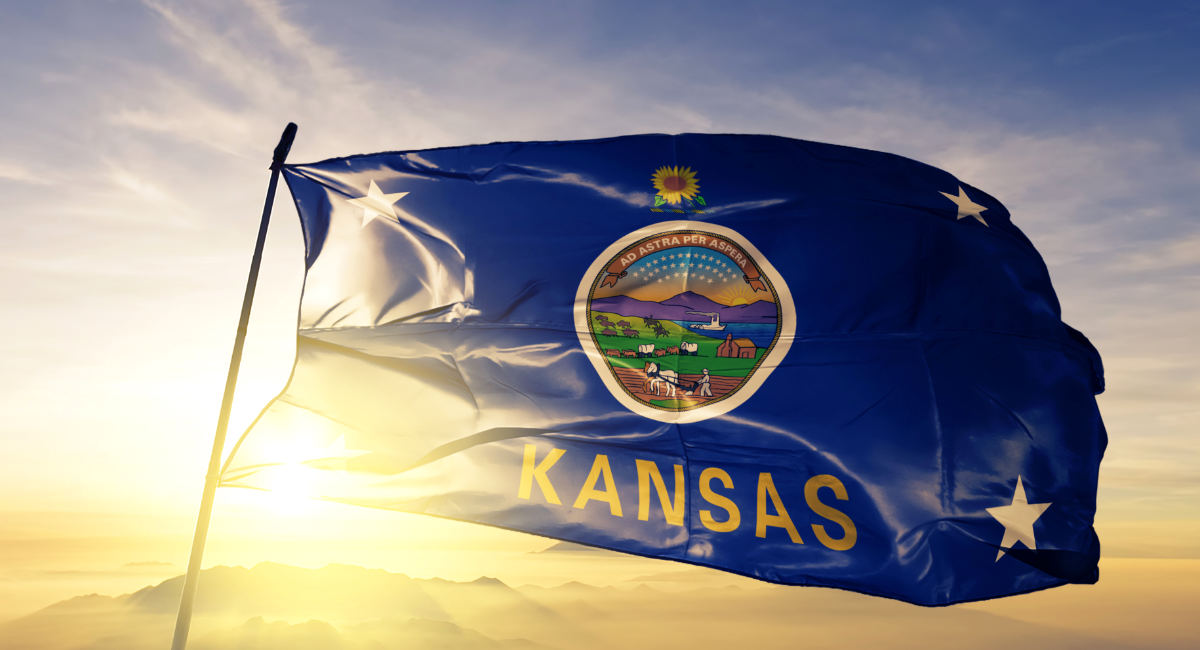 Last night, voters in Kansas rejected the Value Them Both amendment which would have affirmed there is no right to abortion in the state constitution. It would not have banned abortions in Kansas, but would have allowed legislators to enact protections for preborn children in the state. Previously, the Kansas Supreme Court deemed abortion to be a right in the state constitution, making abortion protected by law despite the fall of Roe v. Wade. The question is, does this mean there is little support for the pro-life movement in Kansas?

The abortion industry has been quick to celebrate the failure of the life-affirming amendment, claiming it shows that Americans do not support the fall of Roe. Some pro-life experts, however, disagree.

At National Review, Alexandra DeSanctis noted the confusion surrounding what the amendment would actually do. “As I noted in a piece on the ballot initiative last week, opponents of the amendment united in lockstep around the falsehood that a ‘yes’ vote was essentially a vote to ban abortion in Kansas,” she wrote.

“For instance, a coalition led by Planned Parenthood, NARAL, and others in opposition to the amendment branded itself ‘Kansans for Constitutional Freedom,'” DeSanctis explained, adding, “In other words, supporters of abortion effectively won the messaging battle. While many Kansans likely opposed the state supreme court ruling finding a right to abortion in the constitution and would prefer more pro-life laws than are currently permitted, they also didn’t like the idea of a total abortion ban, which is how the other side managed to cast the amendment.”

The image below demonstrates exactly that — those opposed to the amendment that would have simply allowed legislators to pass pro-life laws was mischaracterized as a “ban” on abortions. It was not. This was not confusion; it was disinformation. 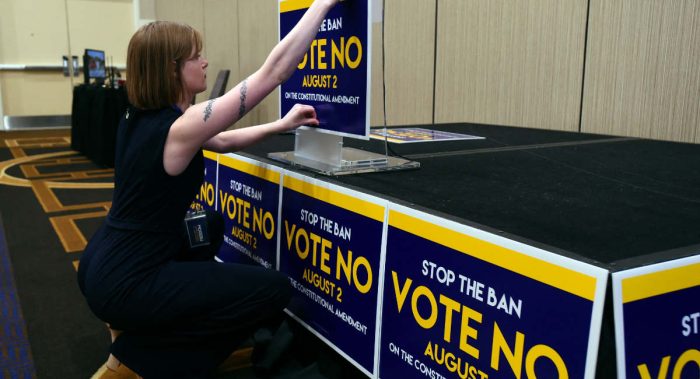 Field organizer Jae Grey places signs on the podium before the pro-choice Kansas for Constitutional Freedom primary election watch party in Overland Park, Kansas, August 2, 2022. – Voters headed to the polls in the Midwestern US state of Kansas Tuesday to weigh in on the first major ballot on abortion since the Supreme Court ended the national right to the procedure in June. (Photo by DAVE KAUP / AFP) (Photo by DAVE KAUP/AFP via Getty Images)

However, she noted that “[g]iven the amendment’s language and the relative murkiness of what it actually would’ve done policy-wise, the outcome doesn’t easily translate into the assumption that Americans across the country are poised to accept what the Democratic Party prefers when it comes to abortion policy.”

The pro-abortion camp has a well-organized abortion messaging machine, with the mainstream media in lockstep. While abortion supporters often boast that 7 in 10 Americans support both Roe v. Wade, what is ignored is the rest of the story. Polling frequently shows that Americans overwhelmingly support keeping abortion legal only in the first trimester (Roe and partner decision Doe legalized it far beyond this point), and support things like parental consent laws and bans on taxpayer-funded abortion. This includes Millennials, only 7% of whom support unlimited abortion, through all nine months of pregnancy for any reason, and with taxpayer funding.

At The Federalist, statistician Michael New pointed out a huge difference in spending when it came to the Value Them Both amendment.

“[A] substantial body of academic research shows that campaign spending plays an outsized role in direct democracy campaigns,” he said. “Since abortion is a multibillion-dollar industry subsidized with millions of state and federal taxpayer dollars, supporters of legal abortion can almost always outspend pro-lifers. Indeed, that was the case in this election. Media reports indicate that Kansans for Constitutional Freedom, which opposed the amendment, outspent the ‘Value Them Both’ campaign by over 1 million dollars.”

Despite the efforts from the abortion industry, New said there are reasons to still be hopeful.

“Since the Dobbs decision, numerous state-level laws have taken effect protecting thousands of preborn children,” he said. “Furthermore, a recent report by the Guttmacher Institute found that in 11 states where pro-life laws were in effect, 43 abortion facilities were no longer performing abortions. Overall, Guttmacher predicts that protective pro-life laws will eventually be in effect in 26 states.”

Margot Cleveland, a senior legal correspondent for The Federalist, further pointed out how spending played a large role — especially spending from out-of-state groups.

“In the last half-year, more than 70 percent of the $6.54 million raised by the lead group campaigning against the amendment came from outsiders, compared to less than 1 percent of the $4.69 million donated by out-of-staters to the Value Them Both campaign,” she wrote. “With a nearly $2 million cash advantage, outsiders succeeded in flooding Kansas with deceptive claims about the Value Them Both amendment, an amendment which, quite simply, would have returned the right to regulate abortions to the state legislature.”

Pro-life advocate and apologist Scott Klusendorf responded to the results Tuesday evening by arguing that the pro-life movement does not need to fear that this is the beginning of the end; however, it does mean our fight has not ended with Roe.“The worldview assumptions that make abortion plausible to millions of our fellow citizens are deeply entrenched in culture and they are not going away anytime soon, even with Roe’s demise,” he wrote on Facebook. “If we don’t engage at the idea level, we lose. We need a massive influx of equipped and trained pro-life apologists to impact their communities.”

Editor’s Note: This post has been updated since original publication.