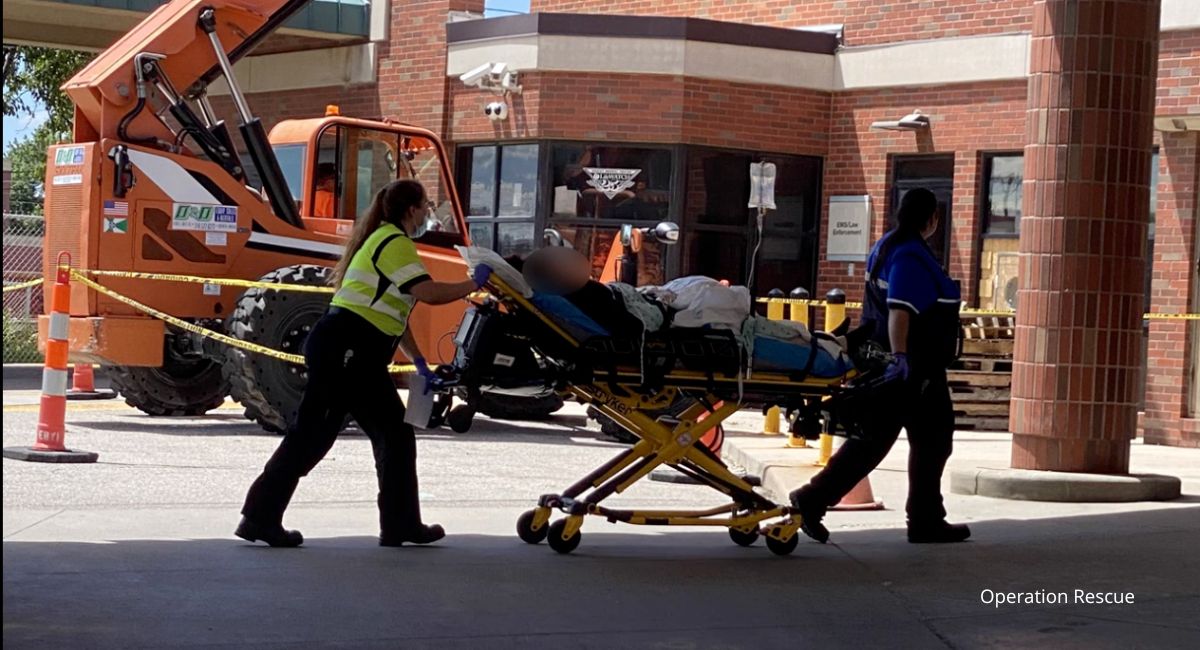 Trust Women in Wichita, Kansas — an abortion facility located in the same building as George Tiller’s late-term abortion business — has injured another woman in just a few short months.

Pro-life watchdog group Operation Rescue was given photos of the ambulance arriving at the facility, provided to them by Kansas Coalition for Life Director Mark Gietzen. Operation Rescue then obtained the redacted 911 recording and Computer Aided Dispatch (CAD). The call was made by facility director Ashley Brink, who also made previous 911 calls in February and April.

In the 911 call, Brink said the patient was bleeding uncontrollably and needed to be taken to the hospital. They were not sure if the bleeding was coming from the uterus or the cervix, but Brink said she was awake, alert, and no longer pregnant. Furthermore, the CAD noted that in addition to the hemorrhaging, the patient suffered lacerations.

The previous two injuries also involved serious hemorrhages, and the one in February was witnessed by Operation Rescue President Troy Newman in person. While there, Newman was involved in an altercation with Carl Swinney, the security guard for Trust Women. Swinney has committed battery against a female pro-life sidewalk counselor, who obtained a protection order against him. Once that protection order expired, Swinney resumed his harassment of the woman, Jennifer McCoy, who was forced to get another protection order.

Swinney carries a loaded pistol and has threatened to shoot McCoy. He also has a history of alcoholism and drunk driving and he is believed to be homeless and living at the abortion facility.

“We are getting a peek at what Kansas will look like if Roe v. Wade is overturned. Most states surrounding Kansas are set to ban abortions,” Newman said in a statement. “But Kansas will welcome abortion clients, and that will result in more dead babies and more women injured by rushed, corners-cutting abortions. These three botched abortions at Trust Women Wichita lend new urgency to passing the Value Them Both Constitutional Amendment on August 2.”