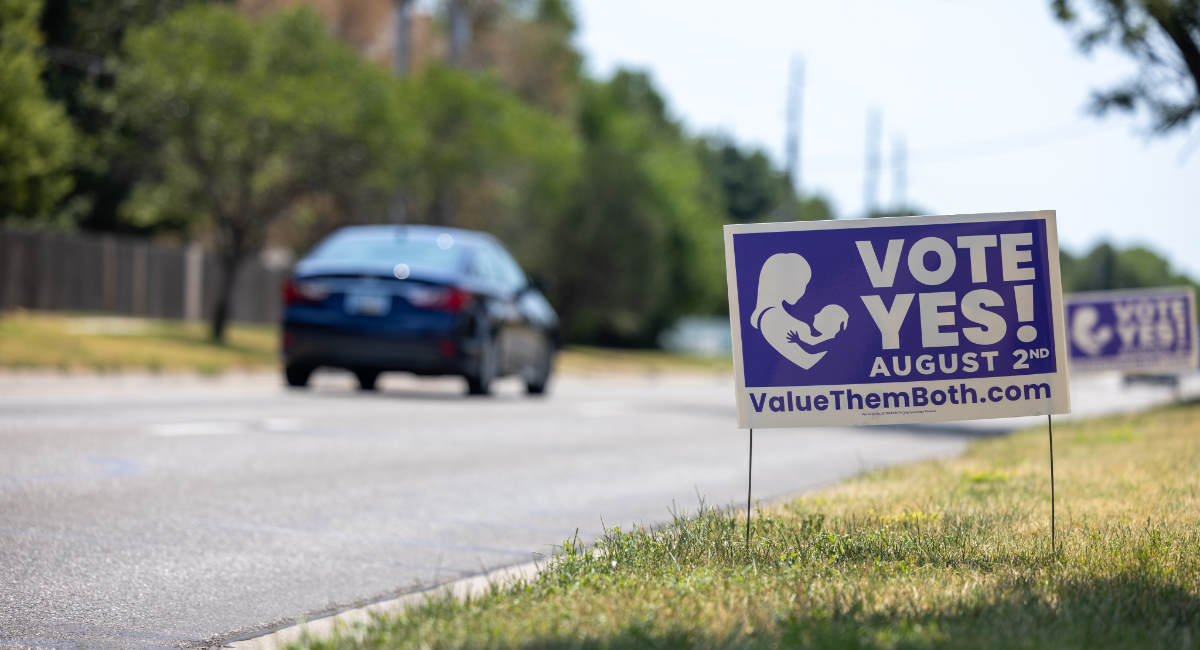 UPDATE, 08/22/22: A recount of the Kansas vote for the Value Them Both amendment has affirmed the original results, according to the Associated Press. Melissa Leavitt, who the Associated Press said is campaigning for stricter election laws, called for the recount, and it was financed by pro-life activist Mark Gietzen. Only nine of the state’s 105 counties went forward with the recount.

Despite the results, Gietzen said he plans to file a lawsuit demanding a statewide recall.

UPDATE, 08/15/22: The elections director in Kansas has announced a hand recount of votes regarding the Value Them Both amendment. Melissa Leavitt has been named as the person who requested the recount, and has not commented to reporters about her motivations. Kansas law requires Leavitt to post bond to cover the cost of the recount.

Bryan Caskey, the elections director, said this is an unusual circumstance, and the state won’t move forward until Leavitt can guarantee her ability to pay for the cost. “Normally, they reinforce the Election Day results,” he said of recount efforts. “We stand by the results and will do the recount.”

08/02/22: Kansas voters overwhelmingly rejected on Tuesday a pro-life amendment (“Value Them Both“) that would have confirmed there is no right to abortion in the state constitution and allowed the state legislators to create pro-life laws. The amendment would not have banned abortion but would have simply allowed pro-life protections to be enacted in the state.

The amendment, which passed the Kansas House in 2021 followed by the Senate in 2022, would have overturned the state Supreme Court’s decision to deem abortion as a right in the Kansas constitution. Due to the failure of the amendment to allow pro-life laws in the state, abortion is now protected by law in Kansas despite the reversal of Roe v. Wade in June.

As reported by Yahoo News US, “At the time the Associated Press called the race, the no vote was winning by more than 20 points.”

Without the amendment in place, Brittany Jones, Esq., director of advocacy for the Family Police Alliance of Kansas, warned that the state could become the “wild west of the abortion industry.” Kansas is now at risk of allowing taxpayer-funded abortion, unrestricted abortion up to birth, and abortions on minors without the requirement of parental consent. Health care professionals in Kansas could also be forced to commit abortions against their wishes.

The amendment would have added the following to the state constitution:

Regulation of abortion. Because Kansans value both women and children, the constitution of the state of Kansas does not require government funding of abortion and does not create or secure a right to abortion. To the extent permitted by the constitution of the United States, the people, through their elected state representatives and state senators, may pass laws regarding abortion, including, but not limited to, laws that account for circumstances of pregnancy resulting from rape or incest, or circumstances of necessity to save the life of the mother.

Jeanne Gawdun, director of government relations for Kansans for Life, told KSNT that one of the group’s first priorities would have been to push for outlawing violent second-trimester dismemberment abortions that kill babies near or at viability by tearing their arms and legs from their torso.

“Pro-lifers, we have idea problems: The worldview assumptions that make abortion plausible to millions of our fellow citizens are deeply entrenched in culture and they are not going away anytime soon, even with Roe’s demise,” said pro-life advocate and apologist Scott Klusendorf on Facebook Tuesday evening. “If we don’t engage at the idea level, we lose. We need a massive influx of equipped and trained pro-life apologists to impact their communities. EVERY pregnancy center in the country needs a full-time pro-life apologist who can make a persuasive case for life at local Catholic and Protestant high schools, church youth groups, and worldview forums. The fight goes on… but it will be brutal.”