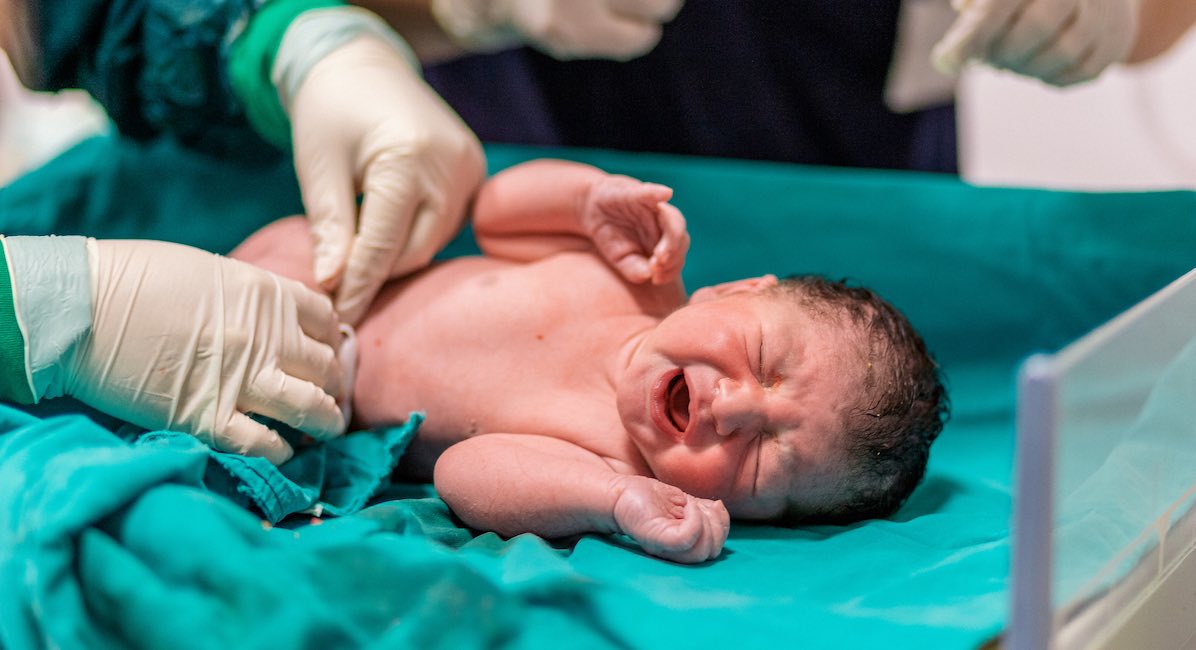 A recent Mother Jones hit piece attacking the American Association of Pro-Life Obstetricians and Gynecologists (AAPLOG) offered a predictable answer to two questions worth asking: 1) Is it possible to be an objective OB/GYN if you’re pro-life? And 2) Is being a pro-life OB/GYN unscientific? For Mother Jones, the answer to the first question was “no,” and to the second question, “yes.”

The article was peppered throughout with language meant to discredit and cast doubt, labeling pro-life doctors as “fringe” and calling their research “scientifically suspect.” Besides insisting that pro-life OB/GYNs cannot provide objective, comprehensive women’s healthcare, Mother Jones claimed that the pro-life position is at odds with science.

Mother Jones’ claim about the objectivity of pro-life OB/GYNs is straightforward: if a doctor refuses to consider abortion as acceptable, then objectivity is impossible. This would only be true if abortion was just another procedure in women’s health care. But it isn’t. Abortion deliberately takes the life of an innocent, preborn human being. Therefore, providing objective, compassionate medical care can reasonably include choosing not to assist with it, refer for it, or commit it.

Dr. John Bruchalski, a former abortion provider, has noted that abortion advocates pit mothers against their preborn children in a zero sum game of competing rights. He believes that instead, physicians should advocate for care for both patients—mother and child.

When a physician’s care for the preborn child in the mother’s womb is strictly conditional on whether that child is “wanted” or “unwanted,” this is arbitrary rather than objective. Patients have every right to be wary of a healthcare provider for whom the value of a preborn life is dependent upon an arbitrary judgment of value (like the idea that babies with Down Syndrome or other genetic defects are deemed less worthy or unworthy of life). Should a doctor or other health care professional be concerned about both patients in only certain cases, or should he or she be concerned about both patients in all cases, based on the understanding that every human life has dignity and value?

Mary Beth Carter of Equity Forward called AAPLOG “a different threat” from traditional pro-life advocacy groups because “they have that medical stamp behind them.” According to the article, “AAPLOG’s positions have been dismissed by many in medical and scientific circles.” The article further insinuated that women might “get[] incomplete or false information and potentially resort[] to unsafe abortion methods.” But the truth is, pro-lifers believe in informed consent for women. The abortion industry fights against informed consent laws at every turn.

Unsurprisingly, Mother Jones took issue with AAPLOG’s positions on everything from the abortifacient nature of hormonal contraceptives and IUDs, to the idea that life begins at fertilization, to the links between pornography/sex trafficking and abortion, to the possibility of abortion pill reversal, to the effectiveness of fertility awareness-based methods of natural family planning, to the gestational age at which preborn children can feel pain, to the links between abortion and preterm birth in future pregnancies, and more.

Cited in the article, Alina Salganicoff, women’s health policy director at the pro-abortion Kaiser Family Foundation, stunningly and inaccurately claimed that abortion has no risks. “Abortion has been legal in the United States since 1973, and we know that it’s very safe, and very, very few women have significant complications related to abortion,” she said. “It’s certainly within [doctors’] rights to have objections to abortions, but to say that is unsafe and there are risks, when research finds that there are none, really raises a lot of questions.” (emphasis added)

The inclusion of this verifiably inaccurate quote about the true risks of abortion from the Kaiser Family Foundation should cast a definitive shadow of doubt over the rest of its assertions. Since the reporting of abortion complications isn’t even required in about half of states in the U.S., claiming abortion has no risks based on such shoddy and incomplete data is incredibly misleading and just isn’t good science.

The risks of abortion are, in fact, well known. In the first trimester, surgical suction or aspiration abortions have common risks which include “injury to the uterus or cervix, potentially damaging intestines, bladder, and nearby blood vessels” and in rare cases “hemorrhage, infection” and even “death of the mother” are possible.

Abortion by pill is less safe than a suction abortion, yet its popularity has grown exponentially in the last few years and calls for its widespread expansion have surged during the coronavirus pandemic. Risks include severe cramping and abdominal pain, nausea, vomiting, diarrhea, and headache, and bleeding may go on for several weeks. Up to 8% of women may “may need a surgical procedure to complete the abortion or to stop too much bleeding.”

Second trimester abortions are usually done using the Dilation & Evacuation (D&E) dismemberment method. These are significantly riskier for women, and include the possibility of major hemorrhage, uterine laceration, and cervical damage.

While Mother Jones implied that the only unsafe abortion is an illegal abortion, frequent reports of 911 calls to abortion facilities across the country contradict that claim. Abortion facilities often do not meet basic sanitation and other health standards, further compromising women’s safety.

Even though the Mother Jones article claimed that AAPLOG “twists medical science to restrict a woman’s freedom” as “part of a long history of women’s health being used as a justification for women’s oppression,” it is abortion advocates—not pro-lifers— who routinely refuse to share abortion’s risks with women to allow truly informed consent, and who consistently advocate for removal of commonsense safety measures. Women deserve better.