Late-term abortion business Southwestern Women’s Options in Albuquerque, New Mexico, has sent its 35th woman directly from the facility to the hospital for a medical emergency following an abortion.

Operation Rescue reported that pro-life advocate Patty Woodworth shared images of the incident on her Facebook page. She told Operation Rescue that the ambulance turned off its lights and sirens when it arrived at the abortion business and did not turn them on as it left. “No lights and sirens” is a request sometimes made by abortion businesses to avoid having attention drawn to their medical emergencies and botched abortions. The decision to use no lights or sirens can potentially delay a patient’s transport to the hospital, putting the patient at further risk. 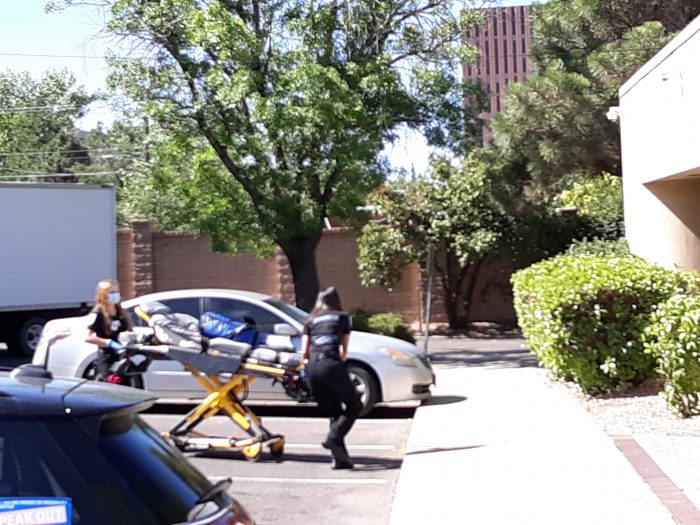 Southwestern Women’s Options is known to commit abortions up to birth. According to the abortion business’s website, abortions are available up to 32 weeks and after 32 weeks “on a case by case basis.” Owner Curtis Boyd has admitted there is no age limit to the preborn children he is willing to kill, although he also stated that the later in pregnancy an abortion occurs, the more risk there is to the woman. He also said that he is aware that he is killing human beings when he commits abortions.

Last month, newly obtained documents revealed that over a dozen elective abortions are being committed daily on preborn babies 20 weeks and older at Southwestern Women’s Options. The abortion business also has a history of injuring women including causing a ruptured uterus during an abortion on a woman who was 35 weeks pregnant. Boyd is currently being sued for the death of Keisha Atkins, who died from complications after she underwent an abortion at six months at Southwestern Women’s Options. Evidence also points to the facility illegally supplying aborted baby body parts to the University of New Mexico.