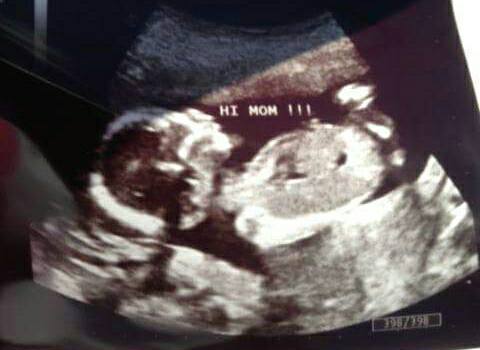 On February 21, 2017, former Planned Parenthood director Abby Johnson shared the story of a woman who went to Planned Parenthood and was deceived by workers there. The woman was misled into thinking her fully-developed 16 week-old baby was only a round blob. In the video below, a 4D ultrasound of a 16-week-old baby is shown. (More videos are available here for all stages of pregnancy.)

In Texas, a woman is required to have a consultation before her abortion procedure and be shown an ultrasound of her baby. Then she can come back another day and have the abortion. The law requires Planned Parenthood to show women sonogram images of their babies “a quality consistent with current medical practice.” This would include pointing out all the baby’s parts, identifying the arms, legs, etc. They are also supposed to offer to let the woman listen to the baby’s heartbeat.

But when a would-be abortion patient stopped to talk to Pam outside the clinic after her consultation, it became clear, according to the woman’s explanation of what had just happened to her, that Planned Parenthood was not following the law. Pam asked the woman to show her the ultrasound Planned Parenthood had just performed on her. Below is the picture Planned Parenthood gave the woman considering abortion: 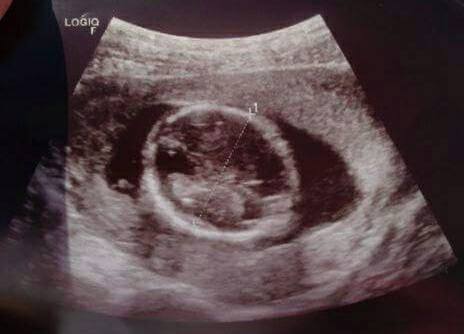 This is a picture of the baby from above, showing only the top of the child’s head. Planned Parenthood did not show her the full body of her baby. The woman seeing this picture had no idea that her baby already had very developed arms, legs, fingers, and toes (and had for weeks). The angle of the ultrasound prevented her from seeing these parts of the baby. All she saw was a circular blob — the top of the child’s head. This was the only part of the baby Planned Parenthood showed the woman (and probably all of the other women they saw that day). The woman had no idea her baby was fully developed. Planned Parenthood blatantly broke the law and deceived this woman.

Pam explained to the woman that the ultrasound picture only showed her child’s head, and the would-be abortion patient was surprised. She agreed to accompany Pam to have a free ultrasound. The free ultrasound showed the whole baby. This is a photo from that ultrasound:

After seeing what her baby really looked like, the woman chose life.

If this woman had never stopped and spoken to Pam, she would have likely had her abortion, never knowing how developed her baby was. Planned Parenthood would have effectively hidden the truth from her. No doubt the other women walking in that day were deceived in the same way.

This is just one example of Planned Parenthood using deception to convince women to have abortions. A Live Action investigation found Planned Parenthood facilities around the nation giving women inaccurate information about their preborn babies. In the video below, the facility worker tells the woman that a heartbeat isn’t present until 17 or 18 weeks — when the scientific fact is that the heartbeat is present at three weeks (and according to recent science, perhaps as early as 16 days).

Then women wouldn’t know what was really growing inside them: a little person with a beating heart, functioning nervous system, tiny hands and feet. The child is entirely disregarded. There is no counseling, no care, no waiting and no discussion.

Deceiving women about the development of their preborn babies helps Planned Parenthood meet their abortion quotas.