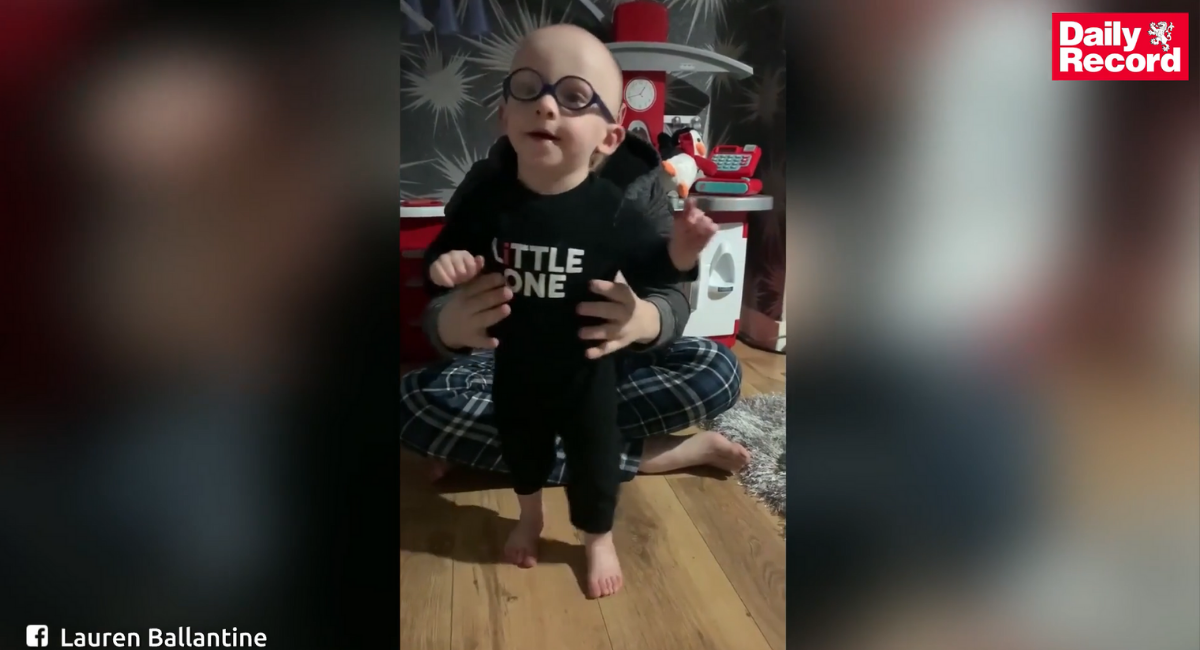 Having a premature baby is a terrifying experience for many parents. For one family in particular, the future looked bleak — but now, it’s shining bright.

Rory Ballantine was born at 25 weeks gestation after his mom, Lauren, was diagnosed with severe pre-eclampsia, which can be life-threatening. There is no treatment for it, except to deliver the baby. So Ballantine underwent an emergency c-section, and Rory was born weighing just one pound. He was so small, Ballantine had to get clothes for him from Build-A-Bear Workshop — outfits designed for stuffed teddy bears.

But size wasn’t the only issue Rory was facing. He also had two brain bleeds, as well as a bleed on his lungs. Doctors told the Ballantine family that if Rory even survived, he would likely have cerebral palsy, and never be able to walk.

READ: After his emergency premature birth, he was expected to die. Now he’s becoming a priest.

Some doctors refuse to provide care for premature infants, believing that there’s no chance they’ll survive. Yet babies as young as 21 weeks have survived prematurity, and often, the difference simply comes down to receiving active care, versus merely palliative care. See a map here of hospitals currently confirmed by parents to have saved babies born at 22 weeks gestation.

On New Year’s Day, at 18 months old, Rory took his first miraculous steps. “It was such a lovely start to the New Year!” Ballantine said. “Myself and his dad were sitting across from each other on the floor trying to encourage him to start taking his first steps with a biscuit and he just started from there.”

It’s one of many ways that Rory is defying doctors’ predictions. “He is hitting all his milestones and is so clever,” she continued. “I’m 100% sure he’s been here before. He is still tiny, but he’s smashing it.”

Rory’s traumatic premature birth also revealed issues with Ballantine herself, who ended up needing a kidney transplant afterward. “I just went downhill fast and they moved me to the High Dependency Unit where they discovered I had high potassium levels,” she told the Daily Record. “They done more tests and then came and told me I had kidney disease and have probably had it underlying for a while, although they don’t know exactly how long, because I’ve always had health problems with the Crohn’s disease.”

She was eventually released and able to focus on Rory, but still had to worry about eventually receiving the transplant. “They said I will probably need a kidney transplant in about a year but for now I am just trying to stay healthy and enjoy being a mum to Rory,” she explained. “He really is our wee miracle.”