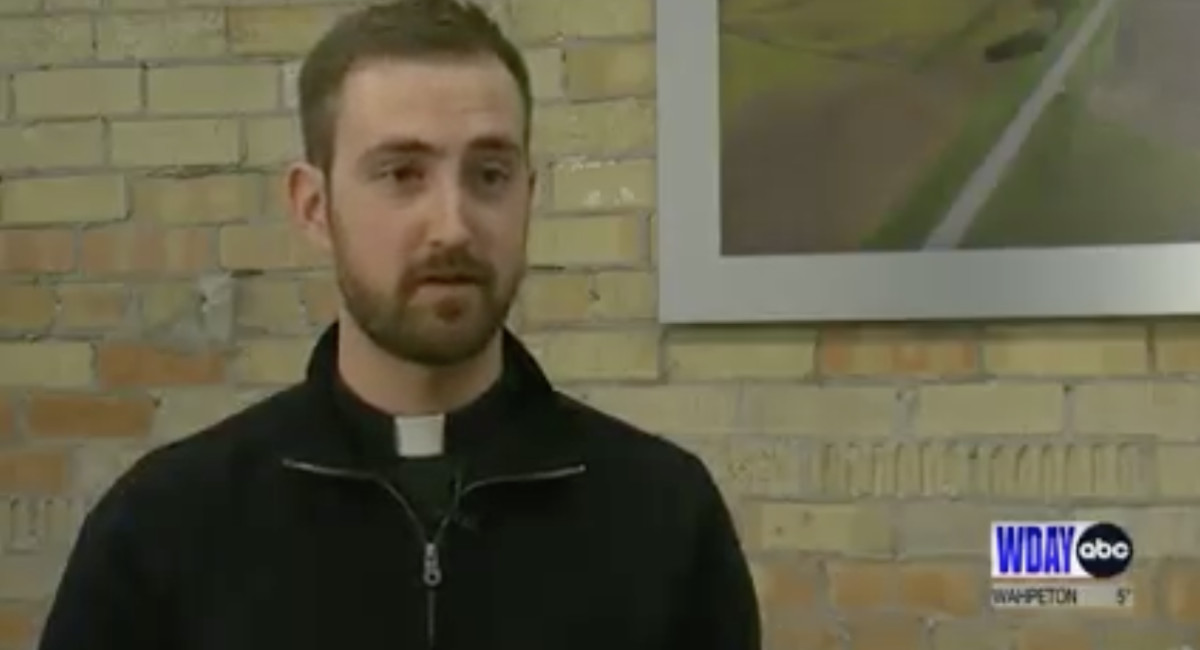 Matthew Kensok’s birth on Friday, August 13, 1993, was so traumatic that he wasn’t expected to survive. Shocking the doctors when he miraculously did survive, his parents knew that God must have a special plan for him. Now, he’s becoming a priest.

Kensok’s mother Shari had been hospitalized for one night with kidney stones at 34 weeks pregnant. While she was there, the umbilical cord ruptured, and her baby began losing blood. His heart stopped. It was a miracle that his mother happened to be hospitalized on that very night this emergency occurred.

“The umbilical cord ruptured, and so the blood would have drained from my body in those minutes,” Kensok said in an interview. “I think [my mother] said she noticed blood on the floor.

In an interview with WDAY News shortly after Kensok’s birth, neonatologist Dr. Scott Mutchler said, “[E]essentially, the baby’s blood was lost into the uterine cavity and the baby’s heart rate stopped.” Being premature and suffering such trauma left only a little hope for the baby’s survival.

During that same broadcast shortly after his son’s birth, Terry Kensok said some unforgettable words. “Remarkable it all worked out. I guess we just feel that God had something planned for him,” he said. “Something big.”

Now it seems those plans are being revealed. Kensok has been ordained a deacon and is attending a Catholic seminary in Maryland. He is expected to be ordained a priest in the Fargo Catholic Diocese this summer.

“My very first homily at my home parish — St. Leo’s in Casselton — I preached, and I used that line from my dad, God has something big planned for me, and I think this is it,” he said.

He added, “I think back, you know, of that day when I was born, I’ll get chills and just, you know, this is such a gift. I shouldn’t be here.”