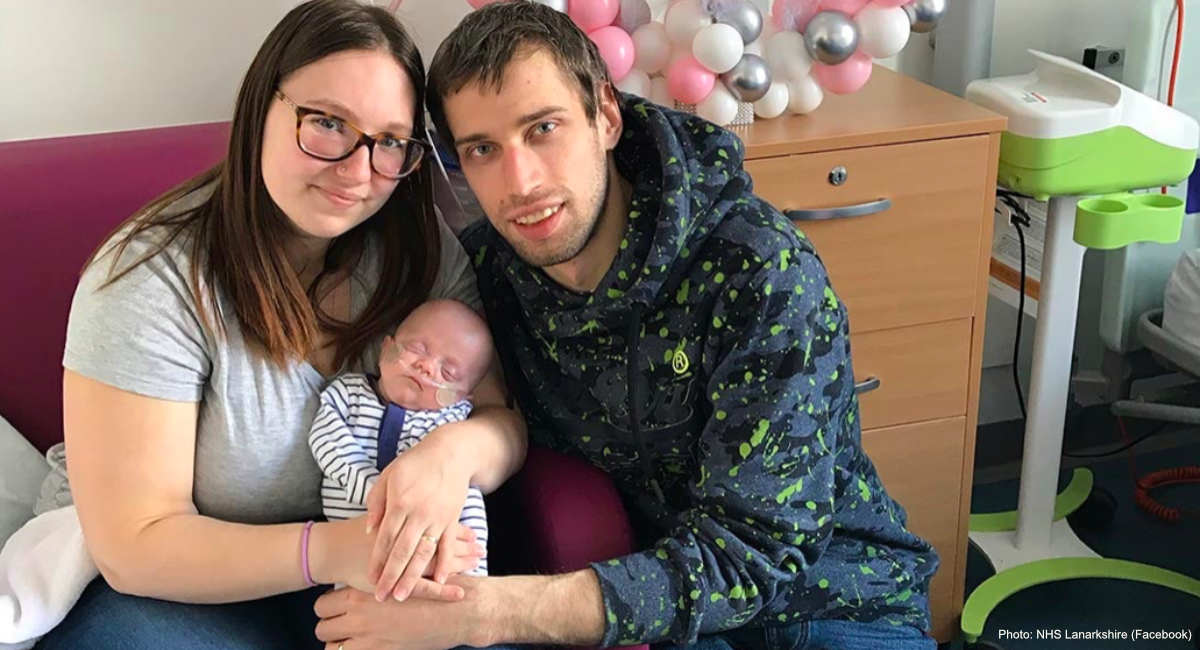 Sofia Viktoria Birina could possibly be Scotland’s youngest surviving premature baby after she was born at just 22 weeks on October 2. Doctors gave her only a 10% chance of surviving the birth, according to The Mirror, and even less of a chance of survival if she was born alive. However, the one-pound, one-ounce baby overcame the obstacles and is now home with her mother Egija and father Inars.

“Everything was fine at the twenty-week scan,” said Egija. “Then just over a week later, I felt pain so I went into hospital and was told that I was already dilated and had to go into labour.”

Egija was put on bed rest that lasted ten days before Sofia was born. Doctors offered little hope and her parents didn’t expect her to survive. Sofia overcame a heart defect, a stage one brain bleed, retinopathy of prematurity (an eye disease), and infections. Because her lungs were not mature enough, she required assistance with breathing.

“She was hooked up to lots of machines and she was ventilated for several weeks to help her breathe,” said Egija. “First time they tried to get her to breathe on her own, she only lasted twenty minutes then her heart rate dropped and I felt like I was losing her but the medical and nursing staff were great. I nearly fainted I was so scared.”

After six attempts over the course of two weeks, Sofia was able to stay off the ventilator, but after having a bad reaction to vaccines, she had to be placed back in the incubator. Sofia also endured seven blood transfusions, but she came through all of it with her mother visiting her constantly, for as long as 16 hours a day. Her father would visit after work.

“Some of the staff were surprised I was coming in every day with a smile on my face but I wanted to be strong for Sofia,” explained Egija. “I didn’t want her to see me cry and I never cried in front of her until she was strong enough to go into a cot. Then I had a good, happy cry.”

Though she still requires oxygen support, Sofia is home after four months in the hospital. Her mother says she is doing well and has “the biggest and most beautiful smile.” She will be followed closely by doctors for the first two years of her life, including by pulmonologists.

“To all other mummies going into such early labour, there is hope,” said Egija. “Never give up. I want to share this story as I can give hope to other mums who are expecting so early.”

Read more about other babies who survived after being born at 22 weeks, including Lyric, Russell, Giselle, twins Makenzie and Makayla, and Simon.