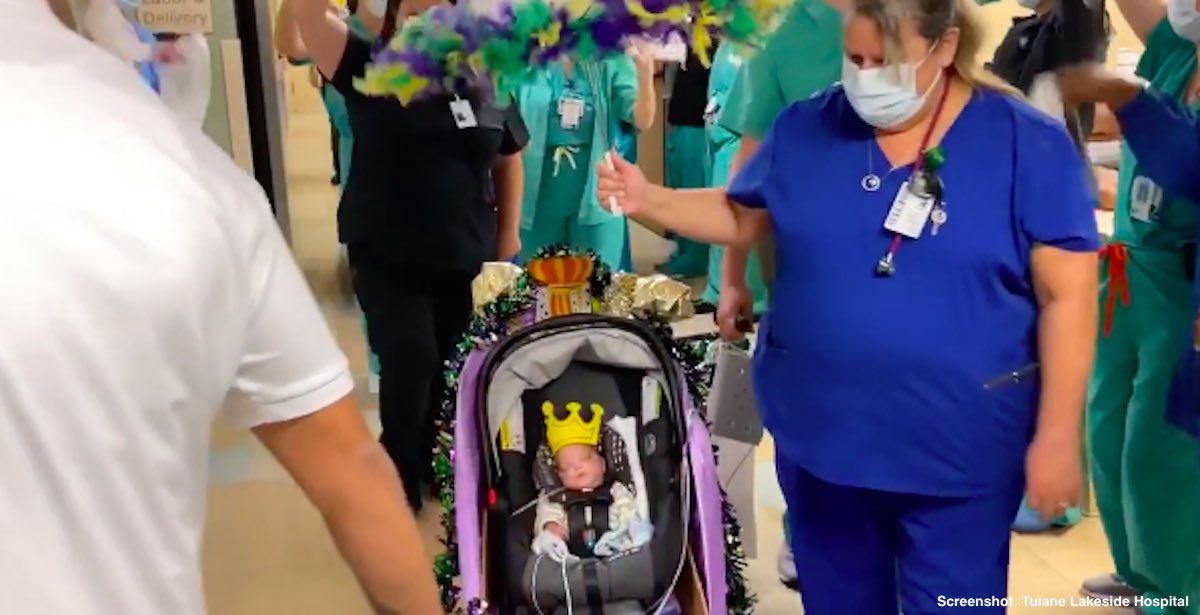 According to Nola.com, a baby boy born prematurely at just 22 weeks and two days is heading home from the hospital after four months in the NICU. Russell William Appold, Jr. was born weighing about one pound after his mother Natasha went into premature labor. Doctors said he had just a 14% chance of surviving. He is the first baby to survive at Tulane Lakeside Hospital in Louisiana after being born at such a young age.

“We take care of a lot of small babies,” said Dr. Lisa Barbiero, a neonatologist at Tulane Lakeside Hospital. “The difference is we haven’t had a survivor at this early of a gestation.” Twenty-four weeks is still considered the age of viability in many hospitals, but babies born as young as 21 weeks have survived and the number of hospitals helping babies born at 22 weeks is growing. A study published in the New England Journal of Medicine in 2015 found that the willingness to treat babies that young varies greatly across the nation.

Doctors at Tulane Lakeside Hospital took Russell’s weight at birth, his age, his sex, and the treatment his mother received during pregnancy into consideration when determining his chances of survival.

“We had discussions and brought her the outcome estimator,” said Dr. Jay Goldsmith, the neonatologist who resuscitated Russell. “And she looks at me and said, ‘I know he will be a fighter. Let’s go for it.'”

Now weighing seven pounds and having spent 133 days in the neonatal intensive care unit, Russell received a big sendoff from the hospital with cheers and waves as he and his parents left to start their lives together at home.

“As he grows, we will tell him stories of the dedicated nurses and doctors and staff members at Tulane Lakeside Hospital,” Natasha wrote in the thank you note to the hospital, “who helped a 22-week-old baby get to the point of coming home.”