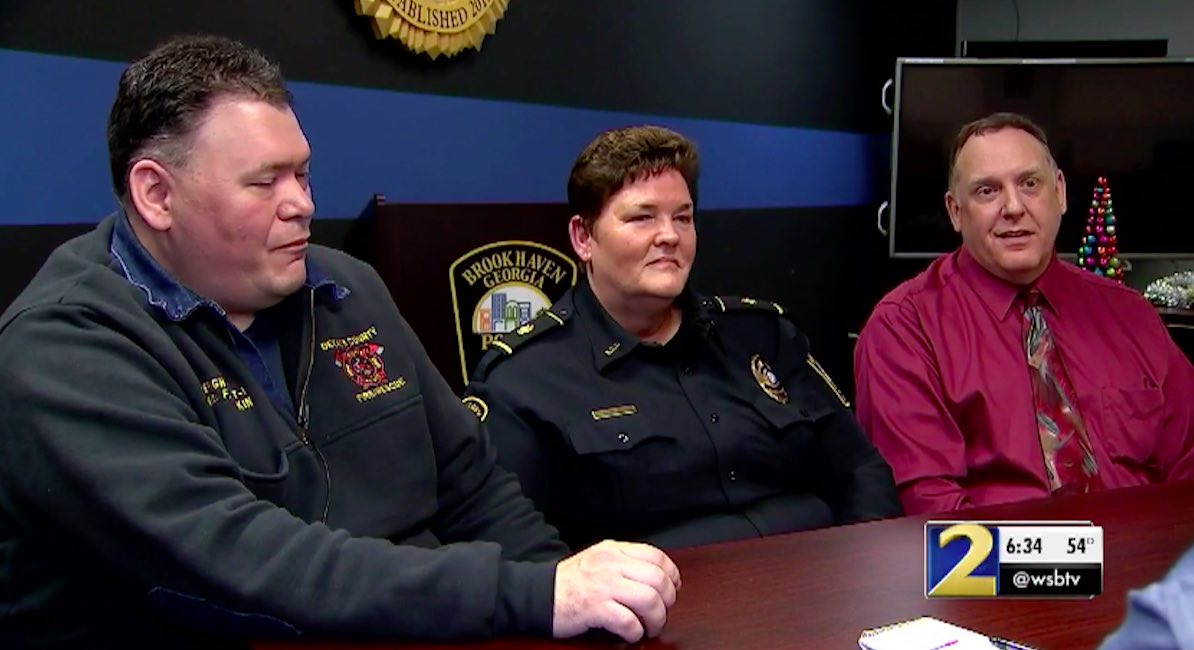 This past year, a wonderful reunion unfolded as a police investigator discovered siblings she had never met. Criminal Investigations Commander Major Linda Burke, who was adopted by a family at birth, took advantage of her recovery time after a surgery to try to learn about her biological family history. She was astounded and overjoyed to find, after a dedicated search, that she had three half brothers. WSB TV 2 Atlanta quoted Burke saying, “I think it’s a God thing. I mean, I was going through a very rough time in my life and, don’t make me cry, I’m just very happy.”

Her brothers, Danny, Bruce, and Jeffrey Koshkin, were overwhelmed with emotions upon meeting Burke. “It was like I was looking at mom again,” Danny said. Their mother had never shared that she had given birth a daughter alone and unmarried, at age 19, prior to marrying their father.

The newly united siblings had no trouble finding things in common, as two of the brothers held careers in public safety just like Burke. Burke and Bruce have both served as police officers and Danny has served in fire rescue and in his local medical examiner’s office. Bruce commented, “It was uncanny that she was in public safety as a police officer and I had been too.”

The siblings planned to spend Christmas together.

Unlike abortion, adoption allows family reunions to take place. As previously covered by Live Action News, a mother who was raped at 17 was reunited with her son after a lifetime of searching. In another story, an elderly mother was reunited with the daughter she was forced to give up for adoption 77 years after she was raped at age 16. Another woman had an amazing encounter with her biological son, whom she placed for adoption 40 years earlier, in a grocery store.

These stories give just a glimpse into the many stories of joy, hope, and love that adoption affords families. Not only were the children given the gift of life and families that welcomed them with loving arms, but the birth mothers and/or siblings experienced the joy and fulfillment of reunion.