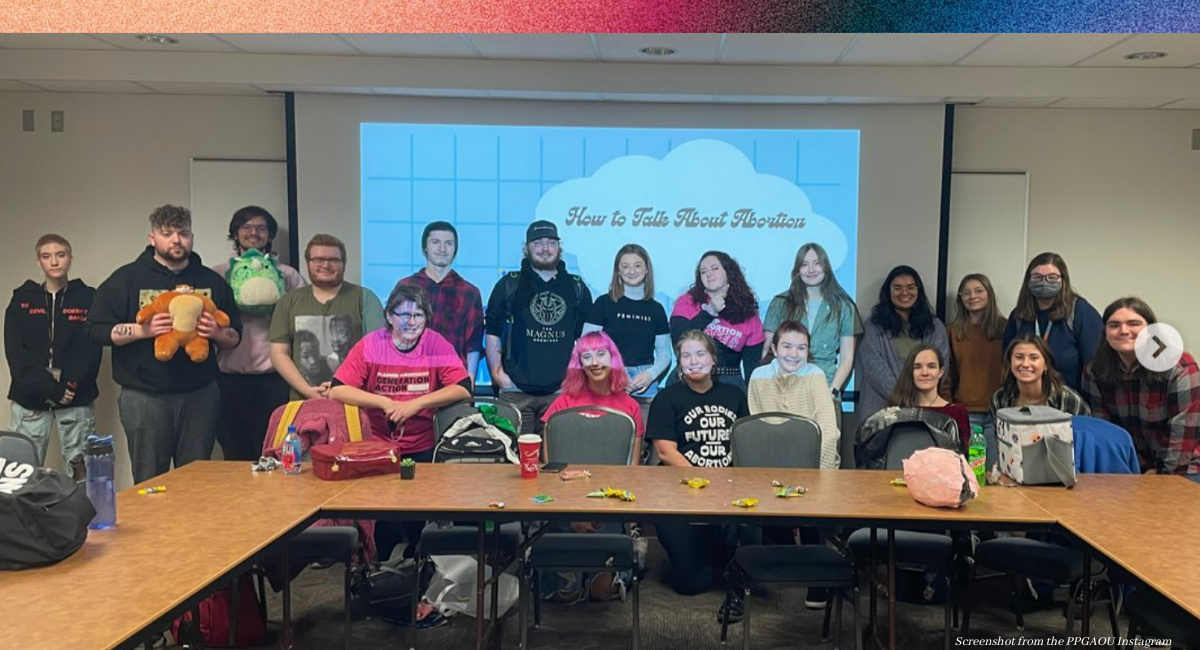 A Planned Parenthood student group recently held a ‘How to Talk About Abortion’ event featuring a uterus-shaped piñata, according to reports.

The Oakland Post Online shared that the Grizzlies for Choice Planned Parenthood student group held the event at the Lake Michigan Room of the Oakland Center on October 13. The group handed out free condoms from Planned Parenthood, as well as “educational” materials and coloring pages. Condom use is on a downward trend, and the group urged attendees not to take too many, and to treat the condoms with respect.

The main focuses of the event appeared to have been learning to use so-called inclusive language when speaking about abortion, and pushing for favorable votes for Michigan’s Proposition 3, which made abortion a right in the state Constitution. But attendees were also oddly invited to hit a handmade uterus-shaped piñata filled with candy.

The Oakland Post Online wrote, “To conclude, students were given the chance to win candy by hitting a handmade piñata shaped like a uterus.”

And Campus Reform reported, “To conclude the night, students hit a uterus-shaped piñata…”

It is unclear what the illustration of such an exercise was supposed to be, or why attendees would want to take out their aggressions on a female reproductive organ.

Contrary to the beliefs of abortion supporters, pro-life individuals have no desire to control women’s reproductive organs — but they absolutely care if there is a human being growing inside the uterus who deserves to be protected as a member of the human family.

Every abortion is an act of violence against an innocent human being — and Planned Parenthood is the largest abortion business in the United States. The abortion pill regimen kills by depriving the preborn child of nutrients and then forcing contractions to expel her from the uterus. Women frequently report excessive pain and bleeding. A first-trimester D&C abortion uses powerful suction to rip the preborn child from the womb, tearing her to pieces, and a second-trimester D&E abortion includes the use of a clamp to dismember the preborn child — pulling her arms and legs from her torso before crushing her skull. The uterus must also be scraped with tools to ensure all of the baby’s body parts are removed. Each procedure is explained in detail by former abortionists at WhatIsAbortion.com.

The violence of abortion harms living human beings, to which abortion survivors can attest. But the violent act of abortion also has the potential to cause serious injuries to the mother as well.

Two such instances were made public in 2020 when, in a nine-day span, abortionist LeRoy Carhart injured two women so badly that hospital staff members were left traumatized after treating the women’s injuries.

Patient #1 was in critical condition when she arrived at the emergency room on May 12, 2020. Carhart had punctured her uterus, and also caused additional internal injuries. The woman underwent emergency surgery, and a whistleblower told Operation Rescue that it was “the most horrific thing I have ever seen.” According to reports, she had a “huge” hole in her uterus, and her bowels were “mangled.” Parts of her baby were still inside her uterus, some of which had been shoved through the hole in her uterus, including one of the baby’s legs. The woman was showing signs of sepsis, and her injuries were so severe that her bowel was resected. She received a colostomy with an external bag.

Patient #2 reportedly suffered a perforation to her uterus between eight and nine inches wide. She arrived at the emergency room in “very critical” condition, with damage so severe she had to undergo a hysterectomy. She had to be given four units of blood “just to keep her alive.” Parts of her baby’s body were also pushed through the hole in her uterus and into her abdominal cavity. Her baby was still mostly intact, except for a missing arm and a portion of the spinal column. The whistleblower said it was upsetting to see a nearly complete fetus pushed into the mother’s abdominal cavity — indicating that the abortionist used a significant amount of force.

A surgeon who worked on saving Patient #1 sent out an email to staff acknowledging the trauma that they experienced in witnessing the aftermath of abortion.

For the Grizzlies for Choice members, beating a uterus-shaped piñata was seemingly little more than an irreverent joke that ended with candy. But for so many women, the violence of abortion has ended in life-altering physical and emotional devastation.