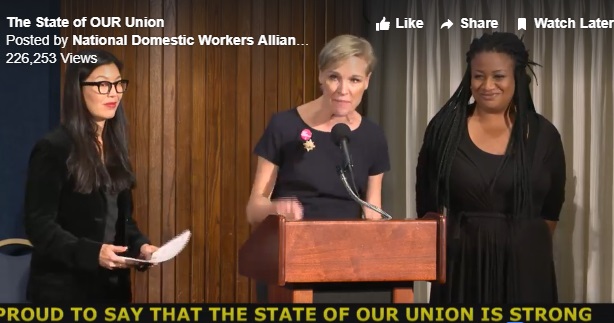 Planned Parenthood and the pro-abortion National Organization for Women (NOW) were among the top sponsors of this week’s State of Our Union response, which included a speech from Planned Parenthood president Cecile Richards. Planned Parenthood is America’s number one abortion provider, and Richards has been at the helm for the past decade. She recently announced that she will be stepping down from that position this year. Richards is a political organizer who presumes to speak as the voice for all women. But the very idea of speaking for all women is ridiculous, given the changing culture on abortion and the virtual army of pro-life women opposing Planned Parenthood.

Planned Parenthood and NOW sponsor State of Our Union

To date, Richards is responsible for presiding over the deaths of millions of preborn babies. She has led Planned Parenthood through scandal after scandal, including the deliberate cover-up of child sexual abuse, Medicaid fraud accusations, failing to protect the privacy of patients, and harvesting aborted baby body parts for “compensation,” to name a few.

On the day of President’s Trump 2018 State of the Union Address, Richards joined Congresswoman Pramila Jayapal (D-Wash.), Alicia Garza, cofounder of #BlackLivesMatter, and others at an event they dubbed “The State of Our Union,” (SOOU), to organize against the president and the Republican majority. The press release, published by The People’s Action, read in part:

While President Trump delivers his first State of the Union address on Tuesday, leading women activists from throughout the country are hosting an alternative event in Washington, D.C. – The State of Our Union – to provide our voice and vision for the country, and to address and defeat persistent gender inequality and racism.

Live Action News has repeatedly documented how Planned Parenthood had direct ties to the eugenics movement, sharing board members between the organizations, and even receiving free rent from eugenics organizations.

Prior to the State of Our Union event, Richards appeared on MSNBC’s Lawrence O’Donnell show to discuss efforts to  resist president Trump — specifically, his pro-life policies. Richards, who receives a million dollar salary from Planned Parenthood, has now set her sights on the 2018 Congressional elections.

“I think it is really important not to forget, as we’re discussing the way forward, is that there’s a whole other branch of Government – that’s the US Congress, that we have to focus on. The things that they have already pledged to do – you know. Paul Ryan, practically the first day, saying that they were going to defund Planned Parenthood….”

After hearing from several women, many who recounted emotional stories, the group at the SOOU welcomed Cecile Richards to give the “women’s response.”

Richards began her speech by claiming that the Trump administration “wants to divide us.” She proclaimed, “It’s not that women haven’t been speaking out… but now, we have found a new frequency and folks are finally listening — alright — and we are not giving it up.”

That “new frequency” is due in part to voices from the #MeToo movement, arising to denounce sexual abuse and harassment. Richards wasted little time inserting herself into that movement to push Planned Parenthood’s political agenda, despite the abortion corporation’s own repeated history of covering up sexual abuse.

Despite numerous criminal cases documenting how sexual assault victims were not protected by Planned Parenthood but instead were returned to sexual predators, some women aren’t listening. The “State of Our Union” event was organized in part by #MeToo founder, Tarana Burke, who recently received an award from Planned Parenthood. And what did Burke have to say about the event? “I could not be more excited and proud to…be a part of this evening…Standing in solidarity with these women, and organizations that are represented tonight.” As for the scandals of Planned Parenthood’s continued victimization of sexual abuse victims: silence. 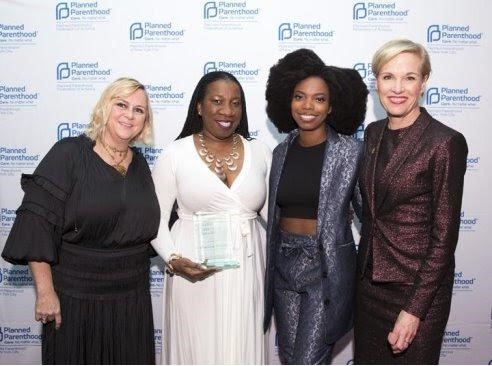 Burke said the event was organized as a deliberate effort to not attend the president’s speech at the Capitol building.  Burke claimed women’s voices have not been heard. She spoke of a “systemic dismantling of so many issues that affect women,” describing the “collective power” of women to work across “industries and issues.”

She then went on to tout the “power” of Planned Parenthood, which receives over half a billion dollars a year from taxpayers. “What does it look like when you activate the power of the Women’s March and Planned Parenthood in the fight for low wage earners?” Burke asked. 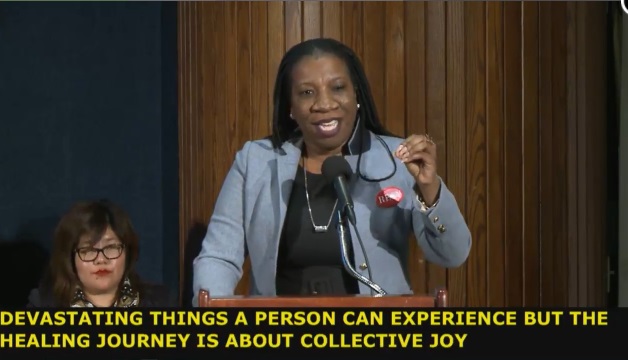 Burke noted the fight against sexual harassment and violence, stating passionately that the “trauma of sexual violence is probably one of the most devastating things a person can experience,” yet, she failed to call out Planned Parenthood for its systemic enabling of child sexual abuse.

“My name is Tarana Burke and I believe in our union. And, I pledge to stand for survivors of sexual violence from all walks of life. For the rest of my life,” Burke vowed.

But, sadly, Planned Parenthood Action Fund was one of the group’s host committee members and according to the MC, “has been working so hard to make sure this event was a success.” 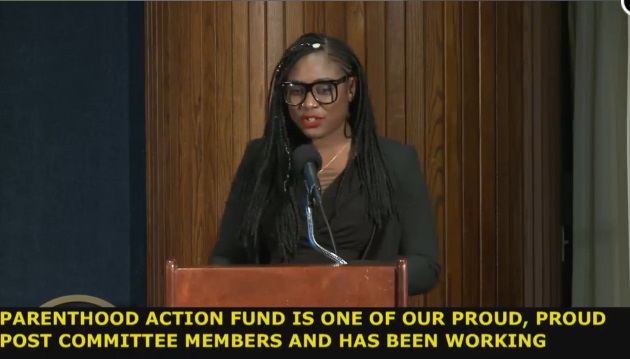 Richards told the group that “Women have beaten the odds,” in part because “Planned Parenthood’s doors are open all across the United States of America.”

Cancer screenings at Planned Parenthood have plunged 67 percent since 2006, from 2,007,371 screenings to just 660,777 in 2016. Even contraceptive services there have dropped by more than 32 percent (3,989,474 in 2006 to 2,701,866 in 2016). And this decline occurred all while government funding for Planned Parenthood was skyrocketing. These are Planned Parenthood’s own reported numbers. But apparently Richards is counting on the idea that women will believe whatever lies she tells them. 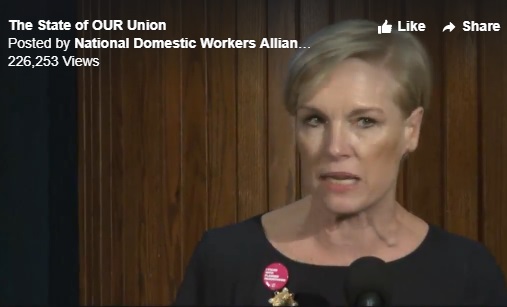 During her speech, Richards touted the right to abortion. “You know what,” Richards said, “If the Government won’t change – we will change the Government,” Richards added, as if this were her first attempt to use her taxpayer-funded organization’s power in politics. In fact, Richards vocally and enthusiastically supported Hillary Clinton’s failed 2016 run for President and some believe it failed due to Richard’s support.

“Women are the most powerful political force in this country,” Richards said, knowing that the vast majority of women support abortion restrictions, unlike Planned Parenthood. Richards then obliviously claimed that she was joining the group of women to transform the nation into a place where “everyone has the freedom and opportunity to live their best life.”

Tragically, not all women are free to life their best life, and that’s thanks to Richards and her friends in the abortion industry. They target millions of preborn females for wholesale slaughter in the womb. In addition, there are numerous women scarred from the effects of abortion, including some who have died after their so-called “safe and legal” abortions at Planned Parenthood.

These are a few of the forgotten women Richards left out.