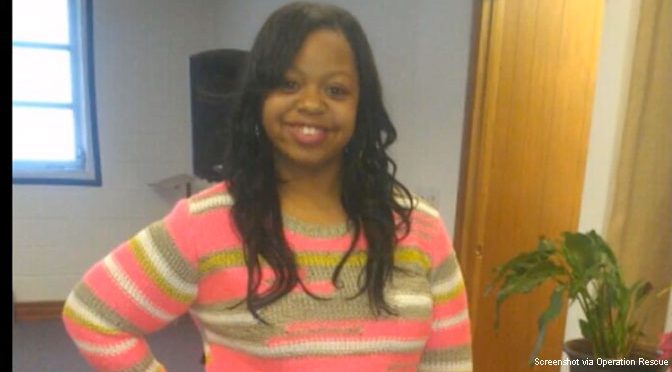 As Live Action News reported, 24-year-old Cree Erwin of Battle Creek, Michigan, was found dead last month –  just days after undergoing an abortion at Planned Parenthood, and hours after being treated at an emergency room for abortion complications.

While the location of the abortion facility Erwin visited was formerly unknown, it has now been confirmed that the location was a Planned Parenthood facility in Kalamazoo.

It is not yet known which abortionist performed the procedure that may be responsible for Erwin’s untimely death. However, Planned Parenthood abortionist Laura Denise Castleman (who has been suspected in at least three other abortion-related injuries in Michigan) was the one who provided Erwin with a prescription for pain medication.

The state of Michigan requires medical providers to maintain a Drug Control Location license for every facility at which they regularly dispense drugs. However, Operation Rescue reports that Castleman’s license for the Kalamazoo Planned Parenthood lapsed in January, 2016 – months before she wrote the prescription. Operation Rescue has filed a complaint against the Kalamazoo Planned Parenthood, seeking revocation of its license to commit abortions.

Catherine Davis, Founding Core Member for the National Black Pro-Life Coalition, called out Planned Parenthood for its involvement in yet another death:

While we mourn with the family of Cree Erwin, we are compelled to sound the alarm about the growing ranks of women and infants killed, or reproductively maimed in a Planned Parenthood.

The number of women leaving a Planned Parenthood in an ambulance amid allegations of harvesting baby body parts reminds us of two things: Planned Parenthood’s population control mission and their unfettered greed. Both must be stopped in their tracks before one more vibrant young woman loses her life.

According to Operation Rescue, a homicide investigation by the Battle Creek Police Department still remains open, pending release of the autopsy report.