An early Planned Parenthood director, who once admitted that few women died from illegal abortion because a majority were performed by physicians, also called abortion the “taking of a life” and “a traumatic experience that may have severe consequences later on.”

In 1953, Mary S. Calderone became the medical director of Planned Parenthood Federation of America, where she remained in that position for eleven years. She resigned from Planned Parenthood after co-founding the Sex Information and Education Council (S.I.E.C.U.S.) in 1964 — an organization mired in controversy. 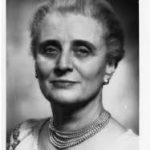 On October 19, 1959, Calderone presented a paper before the Maternal and Child Health Section of the American Public Health Association (APHA) at the Eighty-Seventh Annual Meeting in Atlantic City, New Jersey. It was there that Calderone laid out her argument for legalizing abortion on the basis that illegal abortion was a “disease of society.”

The argument is ridiculous, but the information that Calderone presented to the APHA exposes the lie that led to the legalization of abortion to begin with, and that is how millions of women died every year from illegal abortions.

In her presentation, entitled Illegal Abortion as a Public Health Problem, the former Planned Parenthood director made it clear that she did not favor abortion and that she believed that abortion was a traumatic experience that takes a life, writing:

I ask you not to assume that I am indiscriminately for abortion.

Believe me, I am not. Aside from the fact that abortion is the taking of a life, I am also mindful of what was brought out by our psychiatrists – that in almost every case, abortion, whether legal or illegal, is a traumatic experience that may have severe consequences later on.

Another pamphlet from Planned Parenthood Federation of America also describes abortion as a procedure that “kills life after it has begun” and one which is “dangerous” to a woman’s “life and health.”

In her remarks, Calderone quoted a psychiatrist who described the kind of woman who would seek an abortion not as a person in charge of her own choices (as it was sold to the public), but as “a sick person”:

… [A]lthough the effort to obtain an induced abortion may indicate that the woman is physically ill, more often it reflects one or more of a complexity of factors, such as poor social or economic environment, disturbed marital relations, psychiatric or neurotic disturbances in the family or quite simply a need to keep her family at its present size.

There was general agreement with the words of one psychiatrist: “When a… responsible female seeks an abortion, unless the warrant for it is overwhelming as say in the case of rape or incest, we are in effect confronted both with a sick person and a sick situation.”

To Calderone, this was the impetus for pushing for abortion’s legalization. To do so, she and her colleagues had to admit that a majority of illegal abortions were being committed by physicians. And to do this, they had to dispel their long repeated myth that millions of women died every year from illegal abortion.

“Abortion is no longer a dangerous procedure,” Calderone wrote. “This applies not just to therapeutic abortions as performed in hospitals but also to so-called illegal abortions as done by physicians.”

… [T]he conference estimated that 90 per cent of all illegal abortions are presently being done by physicians.

Call them what you will, abortionists or anything else, they are still physicians, trained as such; and many of them are in good standing in their communities. They must do a pretty good job if the death rate is as low as it is.

Whatever trouble arises usually comes after self-induced abortions, which comprise approximately 8 per cent, or with the very small percentage that go to some kind of nonmedical abortionist.

Calderone not only admitted that it was mainly physicians who were committing abortions, but also that women were getting referrals for illegal abortions from “physicians of impeccable standing,” not from back-alley quacks:

From the ethical standpoint, I see no difference between recommending an abortion and performing it. The moral responsibility is equal. So remember fact number three; abortion, whether therapeutic or illegal, is in the main no longer dangerous, because it is being done well by physicians. 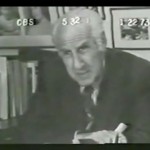 Calderone was joined in her admission by former Planned Parenthood president Alan Guttmacher, who stated at the 1967 Harvard Law School Forum, “Seventy per cent of the illegal abortions in the country are performed by reputable physicians, each thinking himself a knight in white armor.”

When Mary was national director of Planned Parenthood in the early 1960’s, she came into conflict with Alan Guttmacher and the board board of Planned Parenthood…. [M]any people may not realize that 35 years ago Planned Parenthood opposed putting their resources into, or even advocating, sex education because they saw this as a diversion from their major task of providing birth control and abortion services…. She left Planned Parenthood and with a few like-minded colleagues, (of which I was one), formed SIECUS.

Guttmacher was not even initially for the use of abortion on demand, stating, “Abortion should be a back-up procedure for failed or failure-to-use effective contraception. It must never be the primary method of birth control.” (Source: AMA Congress on Environmental Health, May 4-5, 1970 speech by Alan F. Guttmacher, Page 63.)

The question is, how did the numbers of illegal abortion deaths get so inflated to begin with? The answer lies with Dr. Bernard Nathanson, one of the early activists in the fight for abortion’s decriminalization.

Nathanson was co-founder of the National Association for the Repeal of the Abortion Laws (later known as NARAL),  and he also committed thousands of abortions before he repented and became pro-life.

In the video below, filmed just before his death, Dr. Nathanson admitted responsibility for over 75,000 abortions, which he called “the greatest mistake of my life.” Nathanson admitted, “One of our strategies, in order to mislead the American public, was to deny what we knew to be true: that an abortion kills an existing human being. We denied that fact in an effort to mislead the American public and the courts of this land.”

We aroused enough sympathy to sell our program of permissive abortion by fabricating the number of illegal abortions done annually in the U.S. The actual figure was approaching 100,000 but the figure we gave to the media repeatedly was 1,000,000. Repeating the big lie often enough convinces the public. The number of women dying from illegal abortions was around 200 – 250 annually. The figure constantly fed to the media was 10,000.

Calderone’s numbers were much lower than 100,000. She wrote:

As current society’s attitudes change toward legal abortion, supporters of the killing of preborn babies may be tempted to scare pro-life politicians by playing the “illegal abortion death” card again. This time around, when they make this false claim, we can remind them what one of Planned Parenthood’s early directors, along with one of the founders of NARAL, had to say about it.

Editors Note: This article has been updated to clarify Dr. Bernard Nathanson’s remarks about misleading the public on the number of illegal abortions as well as deaths from illegal abortion.