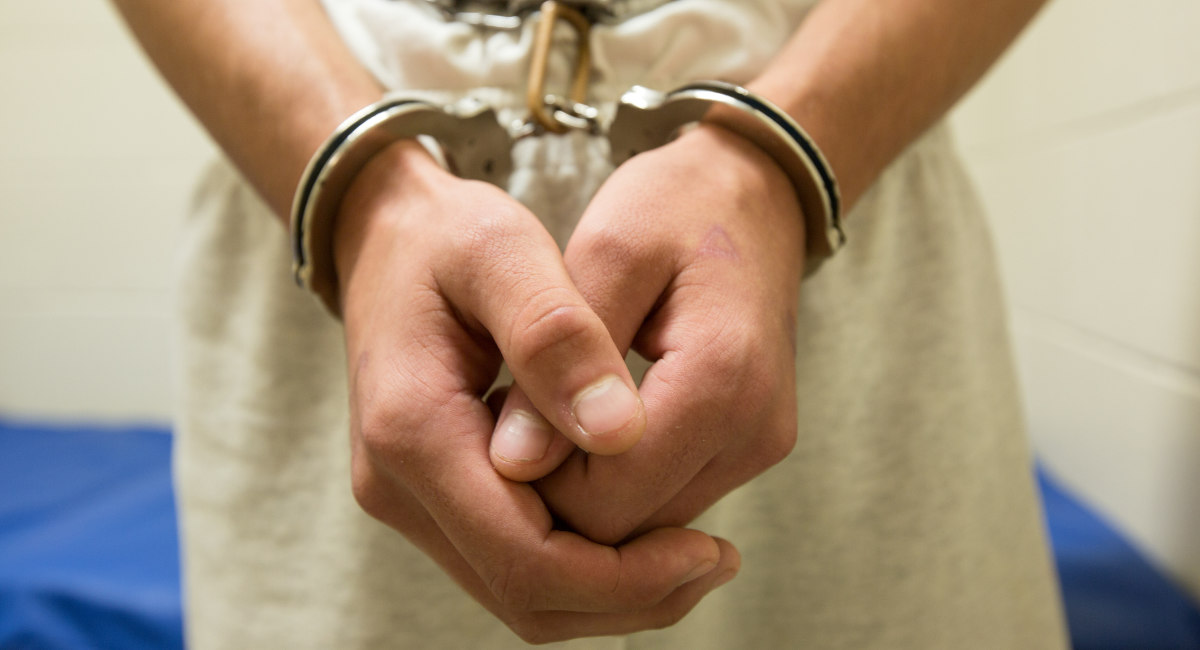 Abortion organizations like Planned Parenthood and their staffers have for decades been directly tied to eugenic sterilization efforts and the targeting of minority groups for abortion, population control and racism. And recently unearthed documents only strengthen the evidence of the cozy relationship between purveyors of abortion and proponents of eugenics. Those documents reveal that a revered former Planned Parenthood board member was involved with abhorrent syphilis experiments, in which Guatemalans were intentionally infected with STDs without their consent.

Like other population control measures, the highly unethical experimentation, conducted between 1946 and 1948 and co-sponsored by the U.S. Public Health Service (PHS) and the National Institutes of Health (NIH), thrived on secrecy and was not uncovered until years later.

Lead researcher of the study, John C. Cutler, was aided by his wife Eliese Cutler — a woman who was reportedly a “Planned Parenthood of Western Pennsylvania board member for more than four decades.” Together, the couple funded multiple pro-abortion and eugenics-based organizations during their marriage. As can be seen in the image below, John Cutler claimed Eliese “assisted as a volunteer in the [STD research] project and used her own camears [sic]… She had training as a photographer.”

In his experiments, Cutler infected his research subjects with syphilis samples obtained from prostitutes. These grisly experiments were exposed after Cutler’s death by historian Susan Reverby, who reviewed the documents archived at the University of Pittsburgh, where Cutler had been employed.

Cutler became the head of the population division of the Graduate School of Public Health at UPitt in 1967 and appears to have been a 1974 member of the American Eugenics Society.

Historian Reverby found that although Guatemalan authorities approved of Cutler’s research, the individuals who were infected with the STDs did not. Cutler’s experiments were carried out on prisoners, members of the military, and mental patients. Reverby wrote that “supplies were offered to the institutions in exchange for access,” noting, “Cutler and the other physicians chose men in the Guatemala National Penitentiary, then in an army barracks, and men and women in the National Mental Health Hospital for a total of 696 subjects.”

John Arras, a bioethicist at the University of Virginia, gave the New York Times disturbing details about what Cutler did to one of his victims. “She was first deliberately infected with syphilis and, months later, given penicillin. After that, Dr. John C. Cutler… described her as so unwell that she “appeared she was going to die.” Nonetheless, he inserted pus from a male gonorrhea victim into her eyes, urethra and rectum. Four days later, infected in both eyes and bleeding from the urethra, she died,” the paper reported.

Reverby also noted Eliese Cutler’s involvement with her husband’s horrific research. Eliese died in 2012, nine years after her husband John’s death in 2003 — but the disturbing experimentation on Guatemalans didn’t come to light until 2010.

Cutler and his wife Eliese were connected to multiple eugenics-based abortion organizations.

This archived and now scrubbed page from the University of Pittsburgh website (see below) confirms Eliese’s Planned Parenthood ties. It also describes both Eliese and John Cutler as “Friends of Pitt” who “chose to include the University of Pittsburgh in their will, along with six other organizations.” The web page describes the Cutlers as “population control” advocates (emphasis added below):

Eleise, a graduate of Wellesley College in Massachusetts, also understood the importance of population control – one of her husband’s passions. She has served on several boards, including Planned Parenthood, that assist in educating others on the importance of these and other issues. Her work with a visiting nurses association and the Pittsburgh Dance Council while in Pittsburgh and numerous other non-profits throughout the nation during their travels have given her a first-hand understanding of the importance of philanthropy. 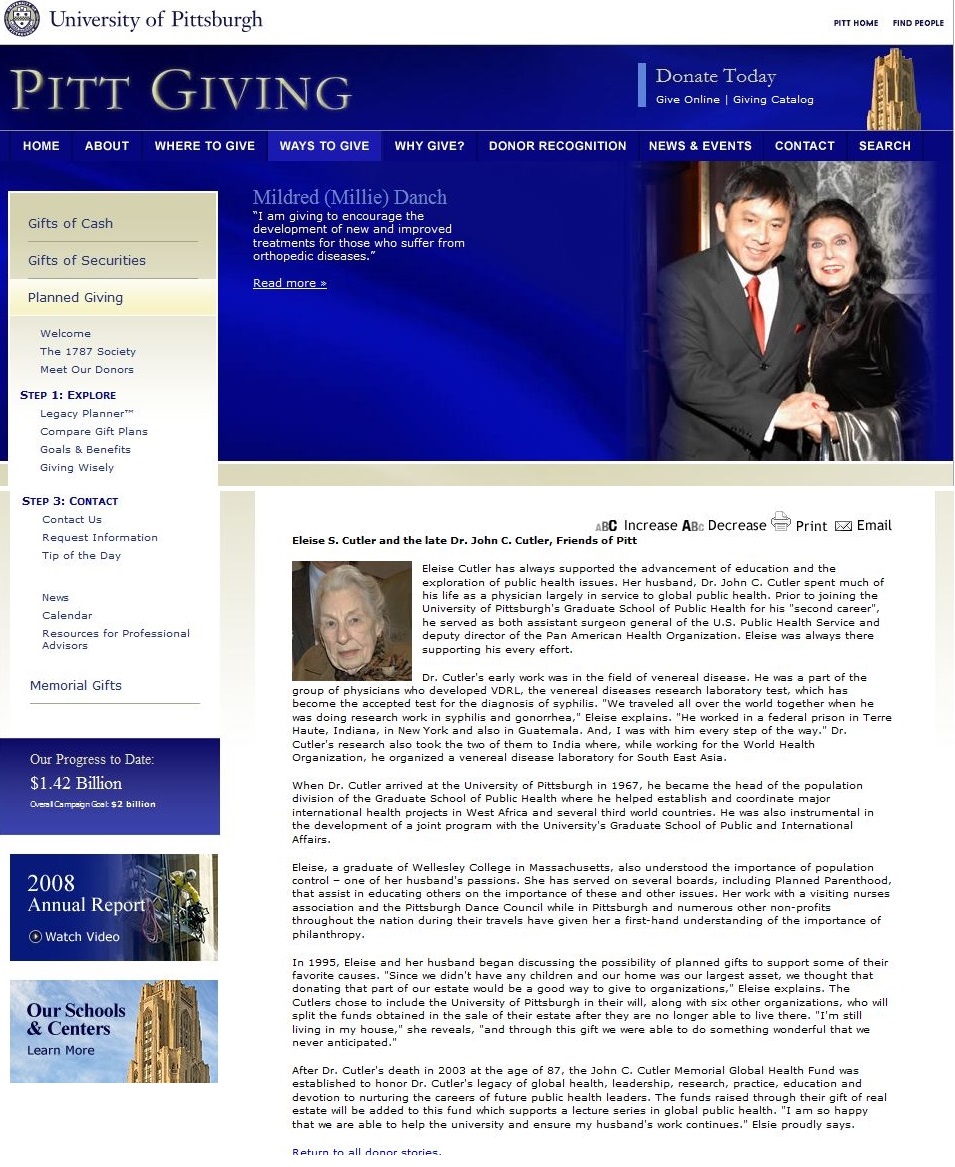 Eliese actively served as a Planned Parenthood of Western Pennsylvania (PPWP) board member and was also listed as Director Emeritus in a 2009-2010 PPWP annual report. Cutler was so involved with the organization that Planned Parenthood created the Eliese Cutler Lifetime Achievement Award in her honor, similar to the organization’s creation of the Margaret Sanger award in honor of its racist founder.

In 1968, Stewart acknowledged how Black women were suspicious of Black-focused family planning efforts. 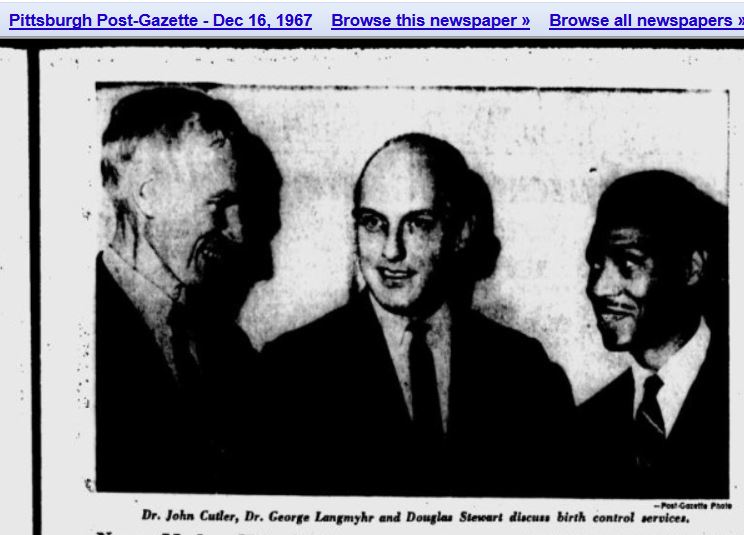 John Cutler was a founder of the Family Health Council of Western Pennsylvania in 1971. During his tenure on the board, the organization received federal funding under the Title X family planning program.

Much can be gathered about the Cutlers’ views by looking at organizations they supported. Eliese and John heavily contributed to eugenics-based abortion organizations such as Pathfinder International, an organization founded by eugenicist Clarence Gamble who served as director of both Margaret Sanger’s American Birth Control League and Planned Parenthood boards.

The Cutlers also funded the Population Council, which brought the abortion pill (RU-486) to the United States and which was shaped by eugenicists including former Planned Parenthood president Alan F. Guttmacher.

“Those who know about the ‘Tuskegee’ study will recognize [Cutler’s] name as a researcher in that experiment during the 1960s and one of its staunchest defenders on PBS’s 1993 NOVA film about it, entitled, ‘The Deadly Deception,’ produced more than 20 years after the study closed,” Reverby said.

In that film, Cutler stated of the Tuskegee experiment subjects, “It was important that they were supposedly untreated, and it would be undesirable to go ahead and use large amounts of penicillin to treat the disease, because you’d interfere with the study.”

The Post-Gazette also tied Cutler to Tuskegee and noted the involvement of “Pitt luminary” Thomas Parran, who “oversaw the project as U.S. surgeon general from 1936 to 1948…”

“The Tuskegee study has been grossly misunderstood and misrepresented,” Cutler once claimed.

Deception in Cutler’s experiments was key

As previously mentioned, Reverby found that institutions were given things that they needed in exchange for access to research subjects. But, she noted that “[u]nlike in [Tuskegee] Alabama, the subjects were then given penicillin after they contracted the illness. However, whether everyone was then cured is not clear and not everyone received what was even then considered adequate treatment.”

Reverby said, “Deception was the key here as it had been in Tuskegee. Much of this was kept hushed even from some of the Guatemalan officials and information about the project only circulated in selected syphilology circles.” She added, “Everyone involved with these studies seemed to know they were treading on complicated ethical grounds.

“Whether Dr. Cutler thought what he did was ethical or not, he didn’t highlight it on his resume,” wrote Tony Norman of the Pittsburgh Post-Gazette. “If not for Ms. Reverby’s research, Dr. Cutler’s leading role in two disgraceful medical experiments that prompted apologies from two American presidents wouldn’t be known,” he added.

“There was worldwide outrage in response to this paper once knowledge about the study reached the highest levels of the U.S. government and an apology was issued to the Guatemalan government and its people on October 1, 2010,” Reverby wrote.

“On October 1, 2010, Secretary of State Hillary Rodham Clinton and Secretary of DHHS Kathleen Sebelius offered a formal apology to Guatemala for this research, which they called ‘abhorrent,’ ‘unethical,’ and ‘reprehensible,’ Reverby added.

“The study is a sad reminder that adequate human subject safeguards did not exist a half-century ago,” the apology noted.

A fact sheet about the study published by HHS outlined ethical violations:

“Correspondence between the investigators indicates that they, and their superiors, also recognized the unethical nature of the research studies,” the fact sheet states. “Such abuses could not occur today in research funded or conducted by the U.S. government.”

What happened in Guatemala came about because men who believed the ends justified the means and that human dignity and worth is subjective, were enabled with taxpayer dollars to target vulnerable people.

Tragically, the lesson from these horrific experiments has not yet been fully realized. Today, as Live Action News has documented, unethical research is still funded by the U.S. government, and now targets vulnerable preborn human beings by using the dead bodies of aborted babies and sometimes even abortion survivors for experimentation.