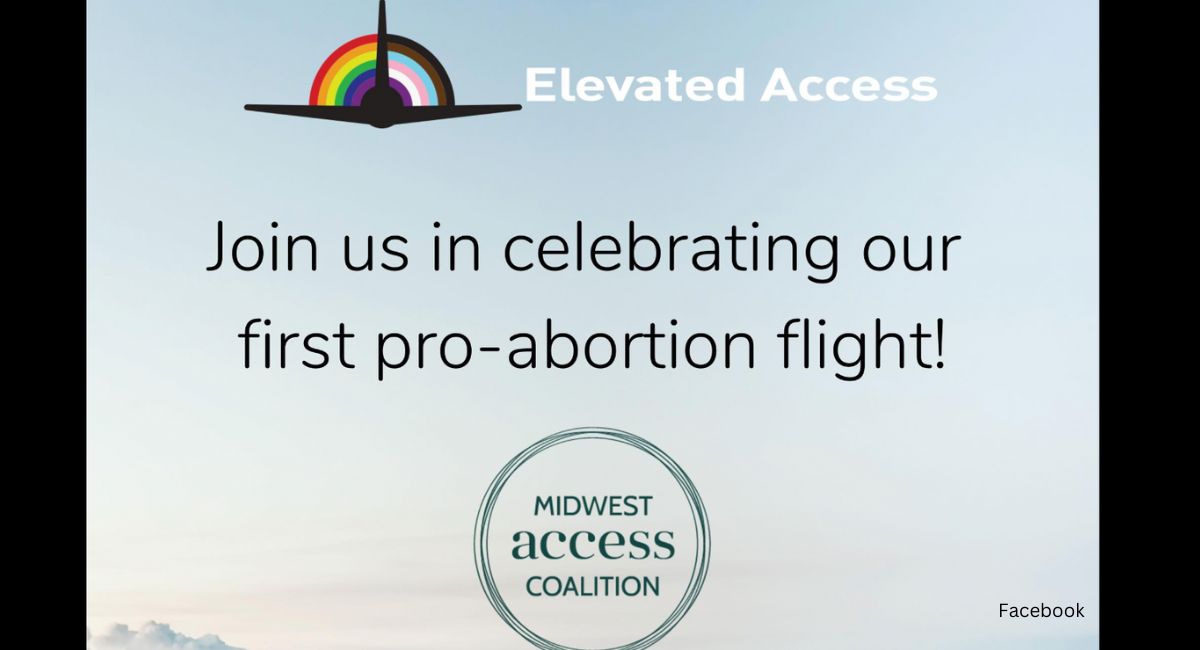 An organization of pilots is collecting volunteers to fly women from states with pro-life laws to obtain abortions in nearby pro-abortion states, a move that amounts to a fresh attempt by abortion activists to flout legal protections for preborn babies enacted in many states since the overturning of Roe v. Wade.

Founded by an anonymous pilot, who goes by the pseudonym “Mike Bonanza,” Elevated Access is based out of southern Illinois – a state with a constitutional protection for abortion up to birth if the health of the mother is threatened, despite the fact that the intentional taking of a life caused by induced abortion is never medically necessary. Bonanza’s organization partners with both local abortionists and abortion giants like Planned Parenthood to find women who live in states with pro-life protections who are seeking abortions.

Once these women are identified, Elevated Access will connect with a volunteer pilot to fly these women to procure an abortion in a nearby pro-abortion state. Bonanza markets his private flights as providing anonymity to women. “There’s no TSA security,” he said in an interview with Rolling Stone. “Nobody’s asking you who you are, why you’re there at the airport. It’s as private as you can get, about as safe as you can get without having to sit down on an airplane with a whole bunch of people.”

While pilots volunteering their time for a cause is nothing new – Angel Flights flies people with medical needs when airlines cannot accomodate them – there’s no getting around the extreme pro-abortion nature of the group’s mission. Each pilot must submit a statement explicitly supporting abortion or transgender medical care. “The easiest part is checking their pilot credentials,” Bonanza said in an interview with Flying Magazine. “The other part is having them send in statements of support for abortion and gender and affirming care, as well as talking to two references from them about their support for those things.”

The organization has used momentum after the reversal of Roe v. Wade to stir up interest among pro-abortion pilot volunteers. So far out of the over 800 pilots who have applied, roughly 200 have been accepted. Yet since the organization is skirting state laws, pilots who commit their time and aircraft may not be reimbursed by the organization for their expenses, and they could even be risking insurance coverage. It could be considered an illegal charter flight by the FAA resulting in hefty fines or revocation of a pilot’s license.

Instead of helping and empowering women, the group’s mission feeds into a machine that incessantly cranks out the false and ultimately demeaning message that women need abortion to be strong, and that they require abortion to have success or a successful family. The organization is pouring time and money into a fundamentally misguided form of philanthropy, one that seeks to “solve” so-called problems with the violence of abortion.

One Wisconsin-area pilot for the program, named only as Adrian, even opines how he wished he had been aborted. “My mom got pregnant at 13 and gave birth to twins at 14. At the time, abortion was legal, but in her state, she needed parental consent,” Adrian said to WBAY. “People always seem to forget that there are children that come from this. There are children that have to live with not being wanted. There are children that have to live with a parent that didn’t have the resources. All it would take is access to reproductive health care to make sure that nobody ever has to go through what I went through.”

It is true that children are involved, and killing them in the womb through the violence of abortion is not the answer to the tragedy of childhood neglect or abuse. Statistics show that, in the decades since 1973 when Roe v. Wade forced states to legalize abortion through viability, annual cases of child abuse more than tripled, as Live Action News reported. Many pro-lifers who support abortion restrictions also strongly support implementing policies and fostering institutions that provide lifelines to vulnerable mothers and families through unplanned pregnancies. Certainly abortion is never the answer, and chartering flights to facilitate desperate women ending the lives of their children is a step backwards.