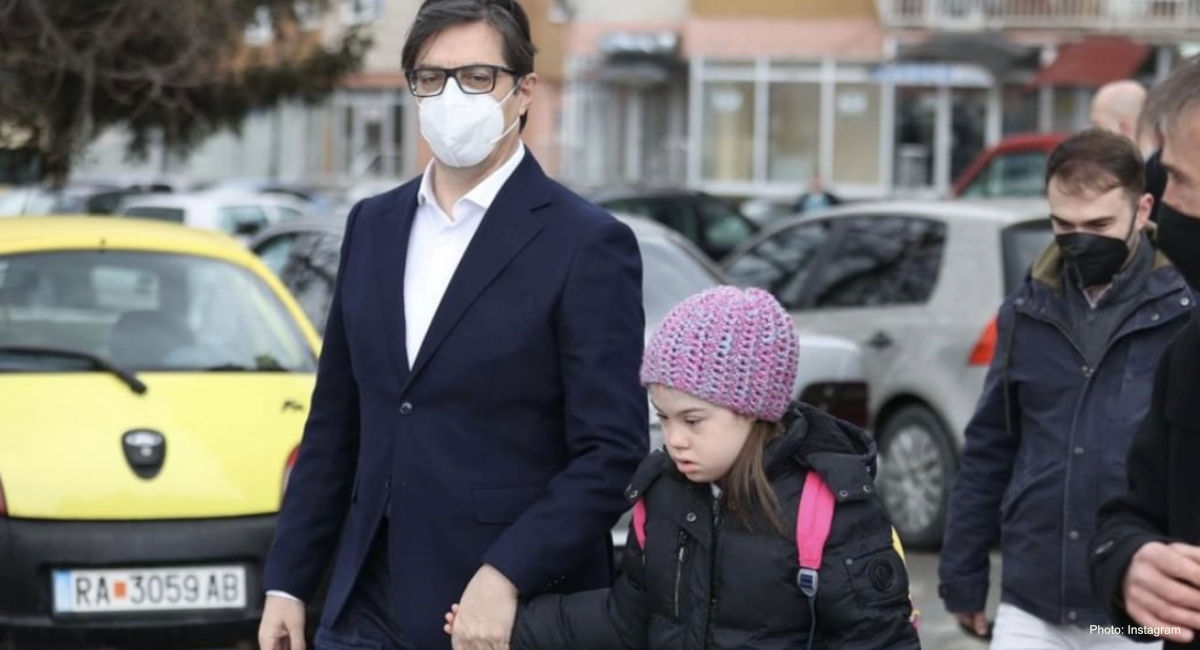 It’s not every day that a country’s president walks a young child to school, but that’s what happened to 11-year-old Embla Ademi early February.

According to the President’s media release, he spoke with her parents about how they have overcome obstacles, and offered encouragement and support. He also spoke about protecting the rights of children with disabilities, and stressed the “legal and moral obligation to provide inclusive education, in which the main focus is on developing skills and abilities in children with different developmental processes,” according to CNN.

Pendraovskin called the behavior of those who would endanger the rights of these children “unacceptable,” stating that they “should not only enjoy the rights they deserve, but also feel equal and welcome in the school desks and schoolyard. It is our obligation, as a state, but also as individuals, and the key element in this common mission is empathy.”

In comments under photos and a video posted to Instagram, the President continued his theme. “Prejudice must not be stronger than the rights of children. We are all equally responsible for the smile of Embla and all children with atypical development,” read the post on Instagram.

“Inclusiveness as an aspiration should not remain just a declarative principle, but to use the potentials of people with atypical development. Prejudice should not be an obstacle to building an equal and just society for all. Empathy is our moral obligation,” Pendarovski also said in a statement.

Worldwide, Down syndrome is a prenatal diagnosis that frequently results in medical professionals encouraging abortion. In the States, the pressure to abort comes early. In the UK, the pressure towards abortion is so strong – and the abortion rate for Down syndrome sitting around 90% – that the country’s obstetric professional organization released guidelines directing doctors to stop pressuring parents to abort based on prenatal screenings. In Iceland, the abortion rate for people with Down syndrome is nearly 100%.