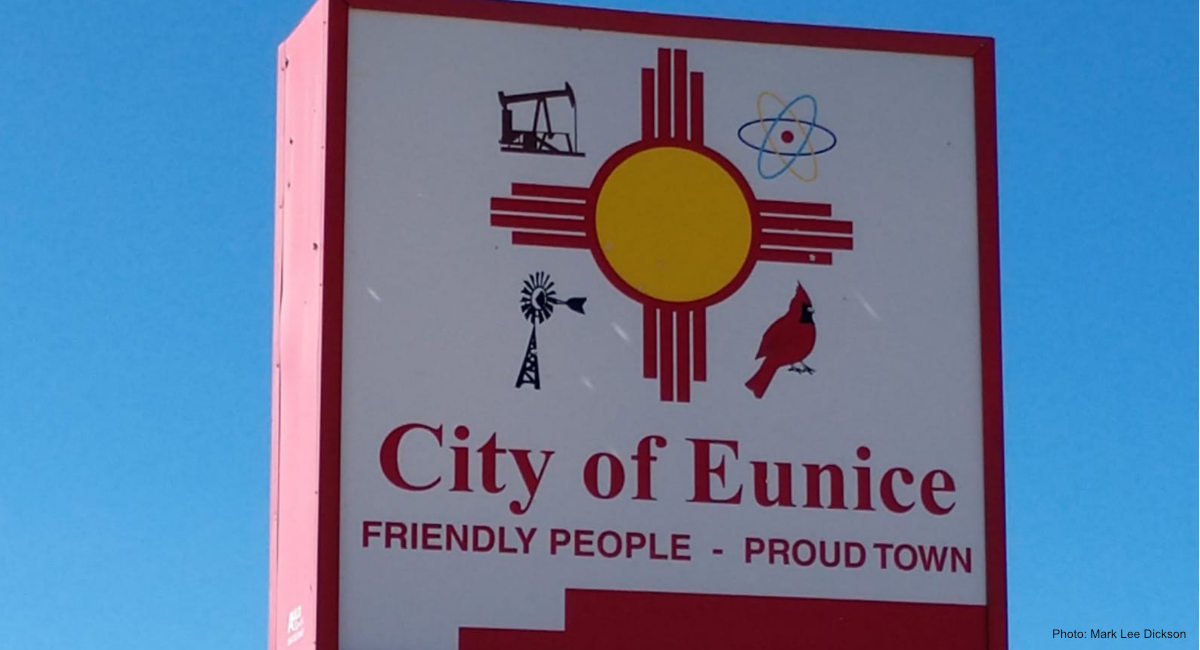 On Monday night, the Eunice City Council voted to make Eunice, New Mexico (pop. 3,026), the third ‘sanctuary city for the unborn’ in New Mexico and the 65th ‘sanctuary city for the unborn’ in the United States. The city of Eunice was also the first city to pass such an ordinance since the State of New Mexico filed suit against Hobbs, Clovis, Lea County, and Roosevelt County in New Mexico for the passage of their ordinances. The vote of the council was a unanimous 7-0 in support of the ordinance.

The Eunice Ordinance requires abortion providers in the City of Eunice to comply with federal laws on abortion. The ordinance does not allow a business license to be issued to an abortion provider within the city, unless that provider agrees to comply with 18 U.S.C. §§ 1461–62, which imposes felony criminal liability on every person who ships or receives abortion pills or abortion-related paraphernalia through the mail or any other type of delivery.

The ordinance states, “It shall be unlawful for any person or licensed abortion clinic within the municipal boundaries of the City, or any employee or agent of an abortion clinic licensed by the City, to violate 18 U.S.C. § 1461 by using the mails for the mailing, carriage in the mails or delivery of: (1) Any article or thing designed, adapted, or intended for producing abortion: or (2) Any article, instrument, substance or drug, medicine or thing which is advertised or described in a manner calculated to lead another to use or apply it producing abortion.”

The ordinance closes up all remaining loopholes in stating, “It shall be unlawful for any person or licensed abortion clinic within the municipal boundaries of the City. or any employee or agent of an abortion clinic licensed by the City, to engage in conduct that aids or abets the violations of 18 U.S.C. § 1461 or U.S.C. § 1462.” 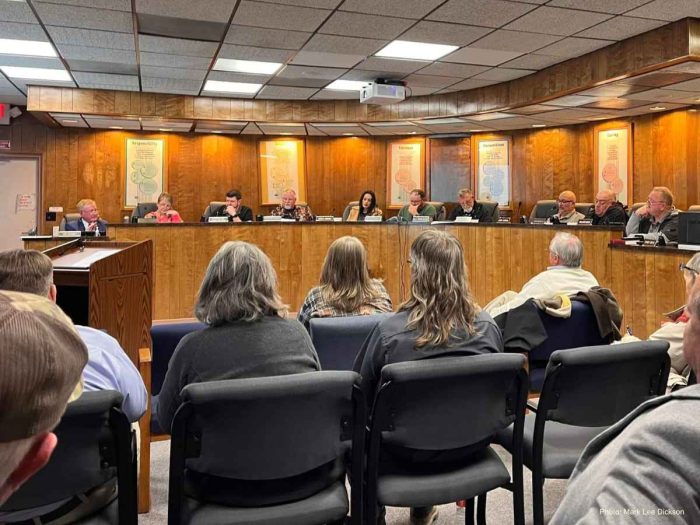 Out of the 67 Sanctuary Cities for the Unborn ordinances which have been passed in cities and counties throughout the United States, 62 ordinances are explicit abortion bans while 5 ordinances are “de facto” abortion bans. The Eunice Ordinance is in the category of “de facto” abortion bans. By requiring compliance with federal laws on abortion prohibiting the mailing or receiving of any abortion-inducing drugs or abortion-related paraphernalia, the ordinances make it impossible for any abortion facility to function legally — even if they were to get their equipment or pharmaceuticals from elsewhere within the state.

The passage of the Eunice Ordinance did not happen overnight. The New Mexico effort began in Hobbs, New Mexico, on Saturday, July 9th at an event hosted by the Right To Life Committee of Lea County at the Southeastern Baptist Association Building in Hobbs. At that meeting, Senator David Gallegos (SD 41 – Eunice) and a director from Right To Life of East Texas shared the need for cities to defend life in their communities. Sen. Gallegos shared, “I have been in the state legislature for ten years and I have always fought for life. Now Whole Woman’s Health out of Texas is targeting southeast New Mexico, bringing the fight to my hometown. We will be doing everything we can to fight the abortion industry in southeast New Mexico and we will not lose this fight!” In the weeks following, meetings were held with community members and leaders throughout Lea County.

On November 7, 2022 the City of Hobbs (pop. 40,604) became the first city in New Mexico to pass a “sanctuary city for the unborn” ordinance. This action, watched by the nearby city of Eunice, started a ripple effect throughout the area. On Monday, November 28, 2022, Eunice City Attorney Tommy Parker presented the Eunice City Council with an ordinance for their consideration. At that meeting, Parker shared, “What we anticipate is somewhere in the future, there’s always going to be a challenge. State government may challenge what we propose and what we enact.” 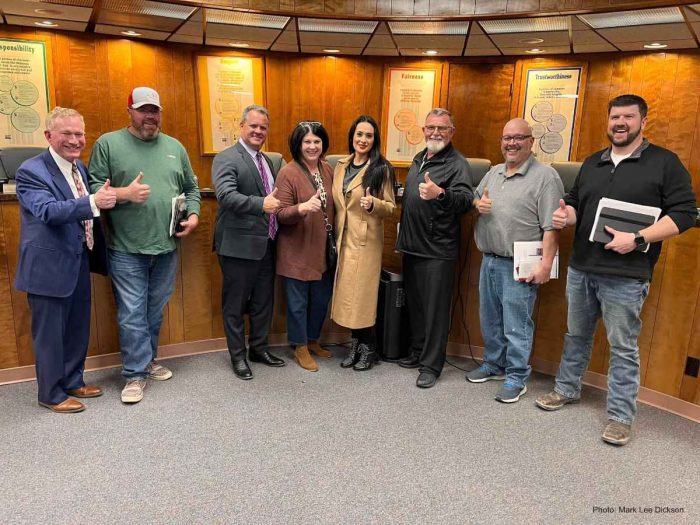 Abortion On Trial General Counsel Mike Seibel and Right To Life Committee of Lea County member Lori Bova take a picture with the leadership of the City of Eunice. (Photo: Mark Lee Dickson)

Mayor Billy Hobbs was in agreement, stating, “No matter what you do, somebody can sue you for something.” Attorney Parker, agreeing with the mayor, continued, “Lawsuits can be brought any day for anything any time, but we want to be prepared.”

On December 8, 2022, Lea County, New Mexico (pop. 76,432) became the first county in the United States to pass a “sanctuary county for the unborn” ordinance which covered the unincorporated area of their county – furthering the discussion of the need for cities like Eunice to join in. On Monday, December 12, 2022 the discussion continued to progress in Eunice and on Monday, January 9, 2023 the Eunice City Council considered the ordinance alongside an ordinance regarding serving alcohol at the golf course and an ordinance which ensured safety at the city gun range. While discussing the abortion ordinance, City Attorney Parker vocalized his continued support of the legality of the ordinance: “We’re in compliance with federal law and we’re going to lean heavily into federal law should anyone decide they want to come into this area. The city can address that if it’s ever brought before us by anyone seeking to place an abortion clinic here in Eunice.”

At the January 23, 2023, meeting many from the community showed up in support of the ordinance’s passage alongside representatives from the Right To Life Committee of Lea County, Abortion On Trial, and Right To Life of East Texas. After presentations from City Attorney Tommy Parker, Abortion On Trial General Counsel Mike Seibel, and a Director from Right To Life of East Texas (and after discussion regarding the Attorney General’s lawsuit against Hobbs, Clovis, Lea County, and Roosevelt County), the city council voted in unanimous support of the ordinance.

Eunice is not expected to be the last “sanctuary city for the unborn” in New Mexico. New Mexico appears to be full of communities who do not want abortion in their communities and are willing to fight for an abortion-free New Mexico. The Sanctuary Cities for the Unborn Initiative is encouraging any resident who is interested in seeing an ordinance pass in their city or county, regardless of their state, to sign their online petition.