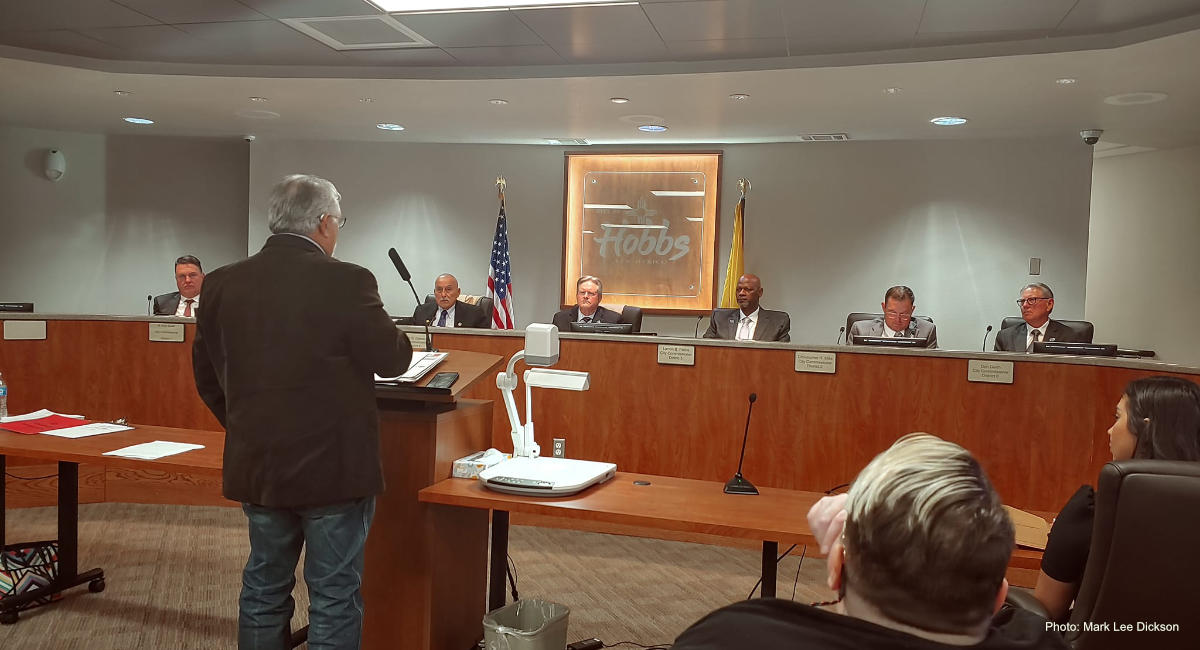 On Monday night, the City Commission voted to make Hobbs, New Mexico (pop. 41,604), the FIRST Sanctuary City for the Unborn in New Mexico and the 52nd in the United States. The vote of the commission was unanimous (7-0) in support of the final passage of the “Ordinance Requiring Abortion Providers In the City of Hobbs to Comply with Federal Law.”

While the ordinance is different from the 51 “Sanctuary Cities for the Unborn” ordinances passed in 51 communities throughout Texas, Nebraska, Ohio, Louisiana, and Iowa, the ordinance accomplishes the same result: an abortion-free community.

The “Ordinance Requiring Abortion Providers in the City of Hobbs to Comply with Federal Law” does not allow a business license to be issued to any abortion provider within the city, unless that provider agrees to comply with federal laws. The ordinance finds that federal law, in 18 U.S.C. §§ 1461–62, “imposes felony criminal liability on every person who ships or receives abortion pills or abortion-related paraphernalia in interstate or foreign commerce” and that all such acts are “offenses under the federal Racketeer influenced and Corrupt Organizations (RICO) Act.“

The ordinance states, “It shall be unlawful for any person or licensed abortion clinic within the municipal boundaries of the City, or any employee or agent of an abortion clinic licensed by the City, to violate 18 U.S.C. § 1461 by using the mails for the mailing, carriage in the mails, or delivery of: Any article or thing designed, adapted, or intended for producing abortion; or any article, instrument, substance, drug, medicine, or thing which is advertised or described in a manner calculated to lead another to use or apply it for producing abortion.”

The ordinance, which was introduced at the October 17 commission meeting, had the support of residents throughout the City of Hobbs and several organizations, including Right To Life Committee of Lea County, the Knights of Columbus, Southwest Coalition For Life, Abortion On Trial, West Texas For Life, Right To Life of East Texas, as well as several churches throughout Lea County.

Right To Life Committee of Lea County’s Lori Bova shared, “Some have said this type of ordinance is not the best way forward. I say Santa Fe has had almost 50 years since Roe to institute reasonable regulations, but has failed to do so. This is why I am grateful for local leaders willing to protect the vulnerable here in our own backyard.”

Since July, Bova’s group has been working with Right To Life of East Texas and Abortion On Trial to do everything possible to protect southeastern New Mexico from Whole Woman’s Health which closed their abortion facilities in Fort Worth, McKinney, Austin, and McAllen and is heading northwest into New Mexico. It has been revealed that the City of Hobbs, which is located just 4 miles from the Texas border, has been one of the primary targets for the abortion-giant.

During the much anticipated commission meeting on November 7, Senator David Gallegos (R-Eunice) shared about the origins of the ordinance before the City Commission and how this ordinance was the result of four months worth of hard work from a variety of different experts in this field – including Texas Heartbeat Act architect Jonathan F. Mitchell, a former law clerk for Supreme Court Justice Antonin Scalia.

He shared, “I will always stand on this being a fight for life. This is the United States version of the holocaust. We have killed over 60 million children in our country without their authority or conversation – they’re unborn . . . and I think it is your job to make a decision to fight for life.”

After hearing from the community and after a very thorough presentation from Deputy City Attorney Valerie Chacon, Mayor Sam Cobb shared, “In my mind, this community is overwhelmingly in support of the passage of this ordinance, so I will ask for a motion to approve Ordinance No. 1147.” Commissioner Dwayne Penick immediately made a motion to adopt the ordinance. The motion was seconded by Mayor Pro-Tem Joseph Calderon, leading to a unanimous 7-0 vote by the Hobbs City Commission.

The vote was met with cheers throughout the commission chambers.

Bova shared, “I am grateful for our mayor, city commissioners, and city attorneys who thoroughly considered and properly addressed the concerns and wishes of their constituents by passing the ordinance. They recognize the power of the people and their local jurisdiction.”

The city of Hobbs, which is the seventh largest city in the state, will likely not be the last body of government to pass an ordinance impacting abortion access in New Mexico. Residents of Clovis (pop. 38,567), Lovington (11,851), and Lea County (pop. 76,432) are all anticipating their leaders to pass similar ordinances in the near future.