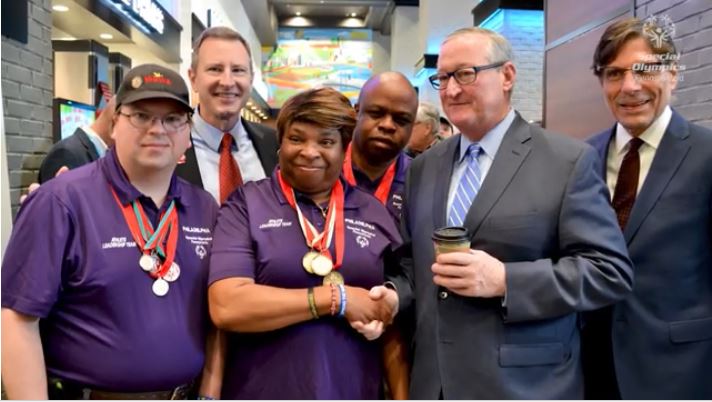 It was 1981, and the manager of a Wawa gas station and convenience store had gotten to know a local autistic man named Ari Shiner. Shiner was a client at Eden Autism Services, and the gas station manager had gotten to know him — so he decided to hire him, despite the rarity of hiring employees with disabilities across the country. But that one decision led to a change in Wawa’s company culture which still resonates today.

Wawa now has over 500 employees with various disabilities, such as autism and Down syndrome. And it’s all due to that one hiring decision, made nearly 40 years ago. “He had gotten to know Ari and wanted him to have a meaningful work experience, and things evolved from there,” Wawa treasurer Jay Culotta told the Philadelphia Inquirer. “All it took was one manager, making one decision, to start a movement that has become a very strong part of our company’s culture.”

Shiner still works at Wawa. So does Culotta’s daughter, Hannah, who has Down syndrome. And Wawa goes the extra mile to help make sure these employees are able to be successful at their jobs, partnering with employment support agencies like Community Integrated Services (CIS). One employee, John Mitchell, worked with CIS to help him excel. “Our goal is to match our client’s talent with a business need; it has to make sense because this is competitive employment,” Erin Phovilaychit, director of business development at CIS, said to the Inquirer. “We offered coaching [for Mitchell] in the beginning but we wanted to make clear that it was John’s job, that he owned it and could eventually do it independently. We worked with the manager and team to identify ways that he could be successful.”

Mitchell had been unemployed for a year before getting his job at Wawa, which he said was a huge relief. He’s done so well that Phovilaychit only checks on him once a month, and he’s landed a second job, all while he volunteers for the Special Olympics and takes classes at the local community college. “John is a wonderful, hardworking associate — and he brings so much fun to the job,” Ryan Schwarzman, Mitchell’s manager, told the Inquirer. “There’s never a day when he’s in the building that I don’t have a smile on my face. And customers love him.”

READ: Man with Down syndrome becomes youngest business owner in his city

But this program doesn’t just benefit the employees with disabilities; it’s a benefit to Wawa’s neurotypical employees, and their customers. “We get letters and emails all the time from customers saying how much they appreciate that we employ people with disabilities,” Culotta said. “When Hannah was little, people used to stare, but they don’t anymore. People are much more accepting. It feels like we’re entering an era of enlightenment.”

People with disabilities often struggle with finding meaningful employment; as many as 70 percent are unemployed, while those who do find jobs can end up being paid less than minimum wage. Even in the year 2019, this kind of discrimination is still legal and widespread, though companies like Wawa are slowly but surely helping to make the difference — and proving that people with disabilities are employable. And that sends a powerful message.

As Schwarzman said, it tells the world “that people of all abilities are welcome here. I think that makes us a pretty special place.”