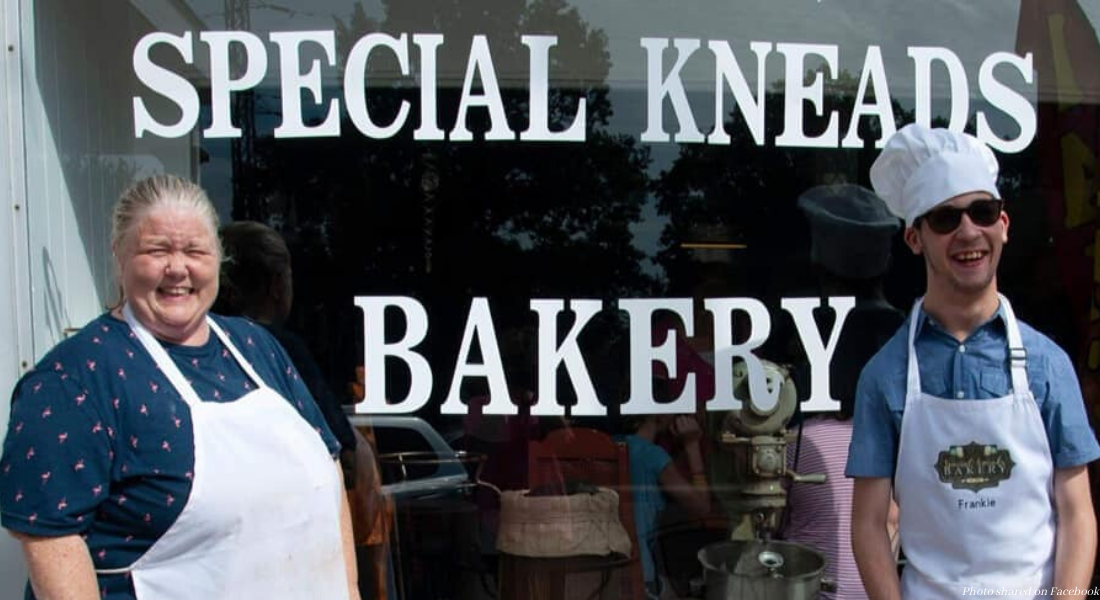 Margaret Cortes told KWQC that she was told her son, Frankie, would never walk or talk when he was a baby. Yet Frankie proved them all wrong. “He can sing, he can dance, he can run, he can jump. He can do so many things,” Cortes said. Yet she was scared of what would happen after he graduated high school. “It was important for me that he didn’t end up just working in a factory or working where he wasn’t getting that exposure to other people,” she explained.

Special Kneads Bakery was his mother’s answer. Currently a senior in high school, Frankie plans to go to college. But for now, he works at Special Kneads Bakery, interacting with customers. “I just try and treat everyone with respect and make them smile,” Frankie said. “I like serving the community because it makes my heart feel good.”

READ: Her twin girls had Down syndrome, so doctors urged her to abort six times

“We try to set an example here that their work is just as worthy as typically-developed people,” she said when she won the award. “And they have dreams they want to work toward. One helped his family put down a payment on a house. Another is saving up for a car.”

Cortes, Wright, and countless others are looking to change the bleak employment outlook by proving that people with disabilities are capable. They are not unable to work or contribute to their communities. It’s long past time for the rest of the world to see that and to give people like Frankie the chance to make a difference.