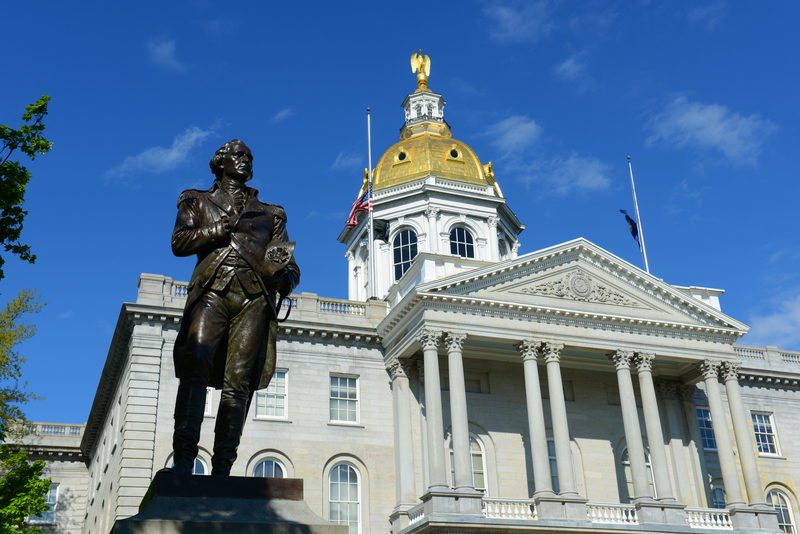 In a letter sent to the New Hampshire State Judiciary Committee, Sununu gave his support for House Bill 1609. The bill would allow exceptions after 24 weeks if the preborn child has fetal anomalies considered “incompatible with life,” and it loosens the ultrasound requirement. He also tried to signal his intentions as not being “extreme” on abortion.

“Like most Granite Staters, I do not live in extremes on either side of the issue that is being considered today. I am pro-choice, and like most Granite Staters – and Americans – I support a limit on abortions performed in months 7, 8, and 9 of pregnancy,” he wrote, adding, “These measures are not extreme by any stretch of the imagination. Rather, the proposed provisions are consistent with many other states around the nation. We must ensure that access to these medical services remain safe and accessible in the Granite State during what is a rare but extremely difficult and stressful time for a woman in her family.”

READ: Dad of children with disabilities fights back as trolls tell him to stop having kids

As Sununu argued, a woman whose child is deemed “incompatible with life” should be permitted to have a violent abortion late in pregnancy. Yet this is a vague phrase that can be left up to one’s interpretation. People with Down syndrome have previously been described as “incompatible with life;” now, that description now is often used to refer to other children with disabilities, like Trisomy 18, who would survive more often if doctors simply gave them a chance. They simply need medical care instead of being abandoned to die.

Regardless of the specific diagnosis, if a single doctor decides a woman’s child is “incompatible with life,” is that all it would take to allow a late abortion? This isn’t an issue of saving women from a heartbreaking scenario, as Sununu and other abortion supporters try to claim; this will end in children with disabilities being targeted for eugenic abortions more than they already are.

But perhaps most important is the fact that it is not acceptable to kill someone more quickly by justifying it based on the idea that they will die anyway. Preborn children are living, growing human beings; the likelihood that they will die after birth does not mean it should be permitted to kill them before their natural death. It is unlikely that Sununu or others who think similarly would believe it is compassionate to shoot a toddler fighting cancer because they might die soon, for example.

As with so many baptized Catholics in American public life, it is reasonable to infer that Governor Sununu’s position on abortion has more to do with polling data than personal convictions,” he said. “If Sununu supports some modest restrictions on late-term abortions, it is probably because his party — with its legislative majorities in both branches of the New Hampshire General Court — leaves him little choice in the matter. If he were running for office south of the New Hampshire border, his position on abortion would likely be indistinguishable from that of Massachusetts Governor Charlie Baker, another libertarian pretending to be a Republican.

Sununu’s ethical obtuseness, when it comes to the killing of helpless, pre-born children, is one more example of the failure of post-conciliar Catholicism to form believing and conscientious Catholics, who are willing to defend in the public square, the sanctity of innocent human life.