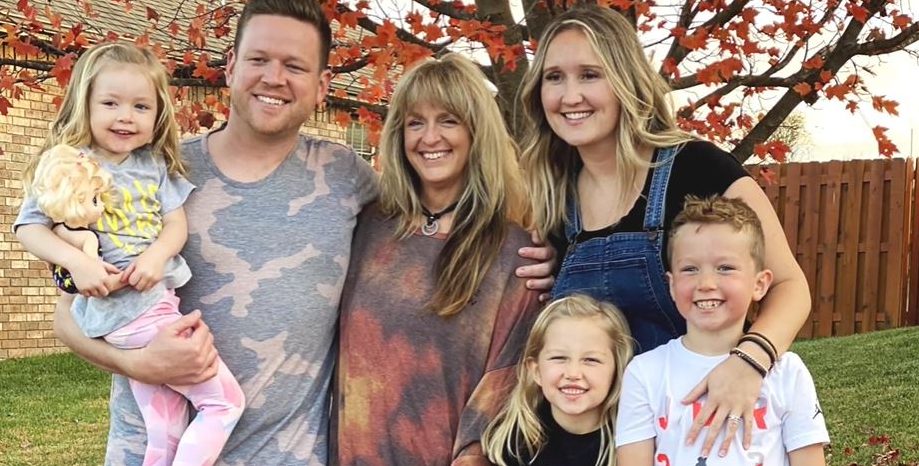 Christian worship pastor Randall Cartwright recently shared a Facebook post and video detailing the amazing story of how he reunited with his birth mother after taking the DNA test 23andMe.

Adopted as an infant, Cartwright grew up knowing he was adopted and even had a special letter from his birth mother, who was a teenager at the time, telling him how much she loved him and how she was making a sacrifice to place him with another family that she had handpicked for him. He knew her first name was Kristi, which his adoptive parents had learned by accident, and he had a potential last name from his court papers. But he still wasn’t able to find her.

After Cartwright took the DNA test, which gives individuals genetic connections, one of the connections he saw was a woman named Julie who was listed as a first cousin. He reached out to Julie in September, who was thrilled to hear from him. She told him he had a half-brother and that his birth mother had been hoping he would find her.

A few days later, on September 13, 2020, Julie and her mother visited Kristi and gave her two gifts for Grandparents’ Day: framed pictures, one of her son Josh and his family — and one of Cartwright and his family. She told Kristi they were both pictures of her grandchildren. At first, Kristi was confused and asked who this other family was, and Julie told her, “Those are your grandkids. That’s your son, Kristi. He found me two days ago.” Kristi broke down in tears of disbelief and joy.

A few days later, Cartwright was able to speak with his birth mother for the first time over the phone.  He was able to thank her for giving him life.

“I wanted to tell you… people have asked me, ‘What would be the first thing you would say if you saw your birth mom?’ And I always say, ‘The first thing I would say is thank you,'” said Cartwright, as they both broke down in tears. “Thank you for what you did because I have a blessed life. I can’t imagine what you went through and the decision that you had to make. I just can’t imagine, so I’m very thankful.”

On November 6, 2020, Cartwright met his birth mother in person for the first time, 35 years after his birth. “There’s a peace all over this,” he said, “So today’s the day. Tonight’s the night. And we will meet for the first time.”

READ: ‘Mom, it’s me’: Mother and son she placed for adoption reunite after 45 years

The emotional mother and son reunion involved a long hug and then Cartwright’s children got to meet their biological grandmother.

“You know, growing up I always wondered what it would look like to meet my birth mother and her family,” said Cartwright. “And this past weekend has honestly been better than I ever expected. Learning about who they are, sharing each other’s stories, sharing each other’s common interests, looking through hundreds of photos, watching home videos, so many memories, so many laughs. It’s been a weekend I’ll never forget.”

Adoption is a beautiful gift that allows babies who are unplanned to live their lives, and allows couples who aren’t able to have biological children the chance to be parents. When a woman feels unable to care for her child, handpicking a family to raise and love her baby as their own is the best option for both birth mother and child. Though the birth mother experiences emotional pain in saying goodbye to her baby, women who choose abortion experience the pain of never having the chance to meet or hug their children. Kristi chose life, and from this came a tremendous blessing, both for her and her son and their families.

“Everything in the past 35 years, God has just orchestrated it all to come to this point for me and my family, for Kristi and her family,” said Cartwright, “and this just shows the truth of the perfect timing of God.”