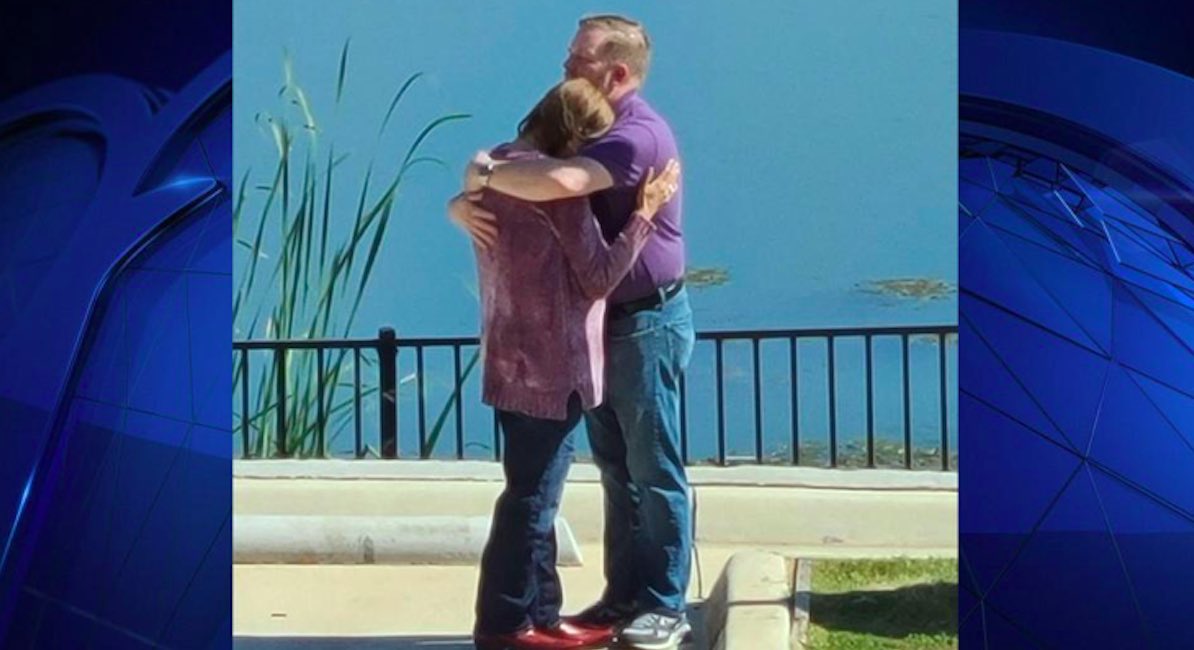 A Texas mother has been reunited with the newborn son she placed for adoption 45 years ago.

Just 16 years old when she gave birth, Brenda Van Sickle didn’t want to place her son for adoption, but felt it was the best option for him. “I did see him for about 15 minutes before the nurse took him away,” she told NBC DFW. “It was very hard. If I could have taken care of him, I would have. But it just wasn’t right to do that to him.”

Life at that time was unstable for her, she explained, so she knew she wasn’t going to be able to properly care for him. Still, it broke her heart. “It was all I could do to sign those papers and walk out the door and leave him,” she said. “It was really hard.”

Van Sickle eventually got married and began a career in the TV news business. Today she works for the Arlington Police Department. She had attempted to search for her son at one point years ago, but knowing only his birth date and location, she didn’t have any luck. Then, a few months ago, she received a call that changed everything.

Through DNA testing and help from an adoption angel — a volunteer who helps adopted individuals search for their birth families — Wes Fenner was able to track down Van Sickle, his birth mother. He had considered searching for her over the years, but had finally worked up the nerve to actually do it.

“It was an awkward first conversation,” he said. “She was not expecting a phone call at work saying, ‘Hi, did you put a child up for adoption in 1975?’ That was an odd phone call.”

The mother and son met a few weeks later for the first time in more than four decades. Van Sickle was waiting for him in a parking lot, when she heard a voice behind her that said, “Mom, it’s me.”

It was an emotional moment for both of them.

“I’m not a huge crier,” said Fenner. “But it was definitely one of those moments. It was kind of like looking at myself, a slightly older version of myself, in the mirror.”

The two are now getting to know each other, and Van Sickle is getting to know Fenner’s nine-year-old son. They are finding out they are very much alike. “You know you wonder about nature versus nurture,” said Van Sickle. “We send each other song lyrics back and forth and he listens to the same music I do. We like the same movies. We have the same snarky sense of humor. I’m going, ‘Yeah, this is my kid.'”

Though Fenner lives in Louisiana, the two plan to continue to get to know each other. “I’m looking forward to the next stage,” explained Van Sickle. “Meeting him wasn’t the end of the journey. It’s an ongoing journey.”