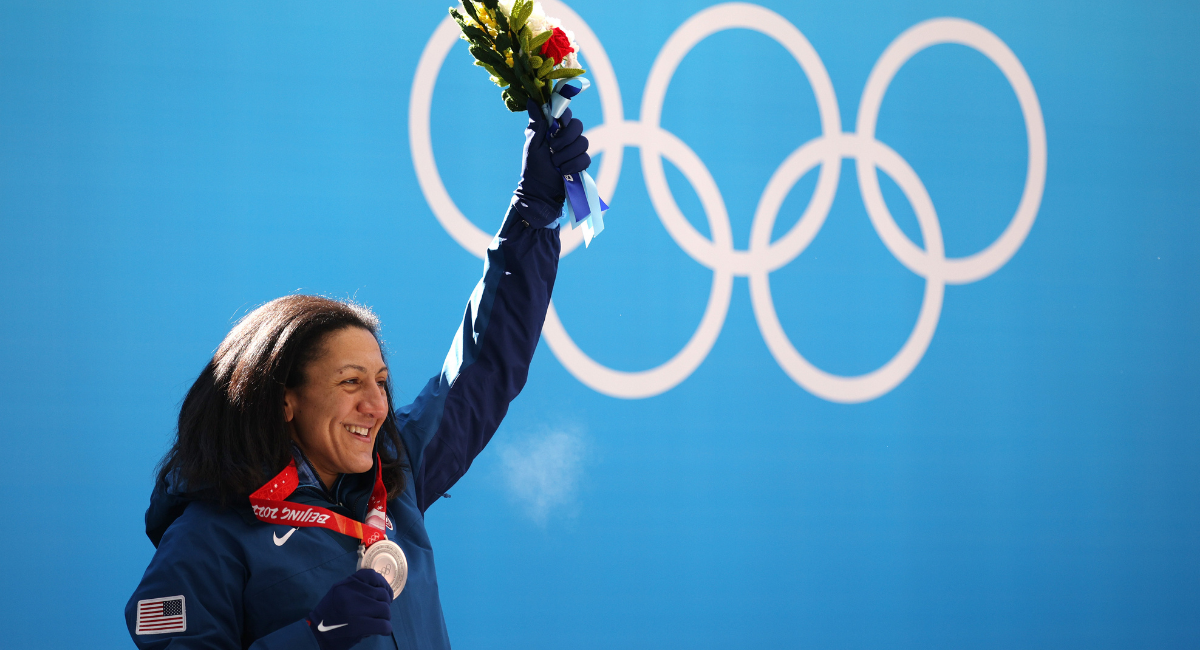 Elana Meyers Taylor has become the most decorated Black athlete in Winter Olympics history, and she’s done it with a toddler with special needs, who is still breastfeeding.

With each medal she won in the 2022 games for bobsledding, she was clear: they were all for Nico. “Today I will tell Nico that his mom fought hard, and she did everything she could to bring this medal home to him,” she said after winning silver in the women’s monobob event. “This is definitely the most difficult medal I’ve ever earned. It’s definitely been the hardest journey to get here. I am so excited to take this medal back to my son at the hotel.”

Meyers Taylor is still breastfeeding Nico, so she was able to bring him with her to the games, despite the COVID-19 pandemic. Part of her inspiration for bringing him was also to send a lesson to the athletic community.

“In my opinion, we will really reach equity in sports when a woman can come back from having a baby and completely fail, and fall on her face – and that’s completely OK. Hopefully by me competing, we’re starting to show that … mothers can go after their dreams and still figure out how to make it work, while being a mother as well. I don’t want you to be limited based off your desire to have a family.” she said, adding, “I know it’s not realistic for all athletes. I just want women to have the option. I want them to be able to choose and not be limited by whatever people think … Just by getting here, we’re showing it’s possible to perform at a high level and be a mother.”

In 2014, Meyers Taylor fell short of winning Olympic gold, and it devastated her. Now, she says her mindset is much better. “As much as I still want the medals, it’s not all about the medals,” she told Yahoo! Sports. Instead of stressing over the gold, she told herself to just enjoy the journey, and she did — she said she cherished every moment she had left, as this is likely her last Olympic games. She was also voted to be the flag bearer for Team USA in the 2022 Olympics closing ceremony.

Meyers Taylor is one of many notable examples of mothers who are also elite athletes, and who stand in opposition to female athletes who say they need abortion to succeed. But instead of advocating for abortion, other athlete-mothers have used their experiences to push for better treatment, like Allyson Felix and Alysia Montaño, or to inspire other women, like Kerri Walsh Jennings, Serena Williams, and Meyers Taylor.

Felix, the most highly decorated female Olympic medalist in track and field, pushed Nike to implement a more inclusive and supportive maternity policy in 2019, as did Montaño, who competed in the 2014 Olympics at eight months pregnant. Williams and Walsh Jennings both won major awards while pregnant; Williams won the US Open and Walsh Jennings won the gold in the 2012 Olympics — while Meyers Taylor is one of many examples of athletes competing while also raising young children.