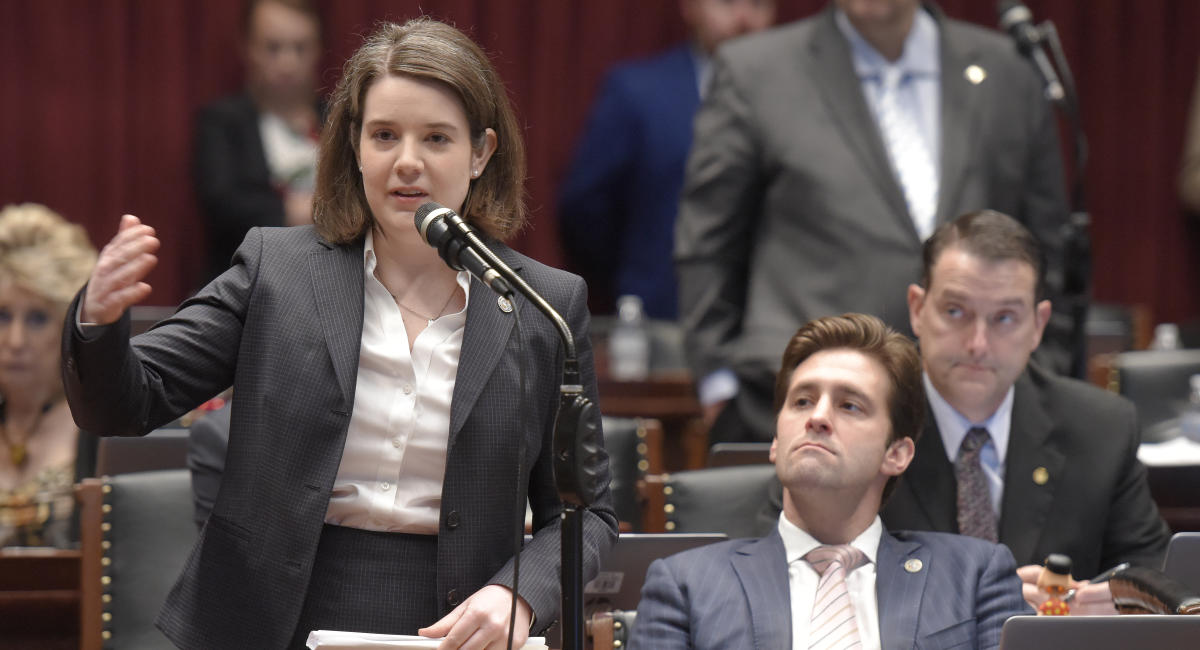 When the Supreme Court left the Texas Heartbeat Act in place in late 2021, Missouri State Rep. Mary Elizabeth Coleman immediately knew what she had to do. In 2019, she had crafted a pro-life law that was partially blocked from taking effect while making its way through court challenges, and she knew a law mirroring the Texas Heartbeat Act could be the best chance to end abortion in Missouri as soon as possible. Coleman got to work drafting a new bill.

“That pre-enforcement injunction is really the brilliance of what’s happened in Texas. This law — whether or not it ultimately stands — is saving lives each and every day,” Coleman told Live Action News. “When I saw that the Supreme Court let it go into effect, it was an immediate, ‘Okay, we have to do this here in Missouri as well, because each and every day, lives will be saved.'”

Coleman explained that the Supreme Court essentially “helped us write a better law because we know how they’re thinking and how they’re going to be looking at it. In many ways, it gives us a roadmap to pass a bill that will withstand judicial scrutiny.”

Like the Texas law, Coleman’s “Empower Women, Protect Life” Act (HB 1987) utilizes a private cause of action to enforce its restriction on abortion. Private citizens would be able to sue abortion businesses, abortionists, and anyone else who facilitates an abortion after eight weeks gestation — specifically, after a heartbeat is detectable and there is an extremely low risk of miscarriage (about 1.5%, according to the bill). If a citizen prevails in a lawsuit, he or she would be awarded $10,000 for each abortion committed.

Though this is how the bill stands in its current form, Rep. Coleman’s intent is to extend its provisions to protect all preborn children from the moment of fertilization, which can only be done once the bill is set in motion.

The private enforcement method has been shown to effectively prevent abortions. The Texas Heartbeat Act went into effect on September 1, 2021, and has not yet been successfully blocked (aside from a brief injunction that lasted less than two days). It is estimated that 100 abortions are being prevented in Texas on a daily basis. Due to litigation, no other similar law has gone into effect once passed.

In its current form, the Missouri bill also allows an abortion to be carried out to save the life of the mother (read more here on why it is not medically necessary to deliberately kill a child to save a mother’s life). The bill states that if an abortion is sought in the third trimester because of a medical emergency, “the physician shall utilize the available method or technique of abortion most likely to preserve the life or health of the unborn child.” It also requires that a second physician be present to “take control of and provide immediate medical care for a child born [alive] as a result of the abortion.” A violation of this portion of the law can be prosecuted as a Class D felony, the penalty of which includes up to seven years in prison and a $10,000 fine.

The abortion procedure used in the third trimester is often an induction abortion, which involves stopping the preborn child’s heart by lethal injection before delivery, and inducing labor days later. Killing a child capable of surviving outside the mother’s womb for a mother’s “health” makes little sense, given the fact that these children have a chance of survival when provided with medical assistance.

Rather than killing the child before inducing labor, the doctor could induce labor and provide medical care to the baby. In a true medical emergency, a C-section would take less than one hour and the child’s life could be saved along with the mother’s. Neither of these acts would be considered an abortion.

In addition to restricting abortion by way of private enforcement, the Missouri bill also prohibits the use of the D&E abortion procedure (depicted below), prohibits abortion due to a diagnosis of Down syndrome, ensures abortion survivors receive medical care — whether a preborn child is considered pre-viable or post-viable — and bans the taxpayer funding of Planned Parenthood affiliates.

“Right now we have thousands and thousands of taxpayer dollars going to Planned Parenthood for other services they provide,” explained Coleman. “And you know you give any college kid money whether it’s for books or pizza, they’re still gonna be able to spend whatever else they want. It frees up the other dollars. We have been running […] on the promise that we would defund Planned Parenthood and we have made several attempts of doing that and the courts have blocked those efforts, so it’s really important to me that we continue to do everything we can for a complete defunding of Planned Parenthood.”

Pushing back against pro-abortion arguments

Coleman, who is the mother of six children (two through open adoption), has been called “privileged,” with abortion advocates arguing that other women don’t have access to the resources that Coleman does. But Rep. Coleman is clear: rather than deny a child life due to a lack of resources, she would desire that all women be provided the necessary resources to choose life.

“Rather than acknowledge that the goods and blessings that I’ve received are something that we should create public policy [to help]… everyone ha[ve] access to, [abortion advocates are] asking women to kill their child instead,” Rep. Coleman told Live Action News. “I am not denying that I’m blessed beyond measure, but I am denying that what is available to me should only be available to me, which seems to be what they’re saying.”

Missouri has received criticism for having one of the highest maternal mortality rates in the nation, and abortion advocates argue that abortion is necessary in order to prevent those deaths. But most maternal deaths occur within 42 days to a year after women have given birth. Coleman believes the answer to this tragedy lies in providing health care for women in that critical first year after pregnancy — not in telling them to abort their babies. To accomplish this, she is advocating for a Medicaid waiver so that all women in the state have access to pregnancy and post-pregnancy health care in hopes that women’s lives can be saved.

While Coleman doesn’t subscribe to the idea that citizens should fully depend on the government from womb to tomb, she believes there must be a well-run social safety net available to provide support to the people who need it, with the goal of families eventually supporting themselves and their children.

Coleman also notes that Missouri has a large number of pregnancy resource centers offering an array of resources for women. PRC of Rolla, for example, provides support to women in partnership with a maternity home. These combined services include pregnancy testing, ultrasounds, housing, and help to lead successful lives. Through one of the programs, women are assigned a success coach to help them develop self-sufficiency in healthy relationships, education, housing, transportation, budget and finance, household skills, and parenting skills. Missouri, explained Coleman, has some of the strongest tax credit laws in the nation for donors who give to pregnancy resource centers, which offer their services for free. Last year, the state even removed the cap on these credits.

While abortion advocates claim that women need abortion in order to find success outside of motherhood, Coleman called it “tragic” that some women have credited their success to having undergone a previous abortion. “No man would ever be told he couldn’t be successful because he had a child. That’s not equality,” she said.

“Abortion is really cruel to women. Obviously, the life of the baby is ended and the violence is preeminent, but it is also really hurtful and damaging to women and I think women deserve better than abortion and providing them support to be able to have a full life and the joy of motherhood is really important,” Coleman explained. “We wouldn’t say to a man, ‘I’m sorry. You have to kill your child if you’re going to continue your education or if you’re going to be economically successful or if you’re going to follow your dreams.'”

She added, “As a woman who is rooting for women, I get frustrated and angry [at the idea] that we are somehow helping [a woman] by helping her kill her child.”

Though as of today, the Missouri bill has not been moved into committee, Coleman is hopeful that pro-lifers will contact House Speaker Robert Vescovo to encourage him to do so. Once it is moved to committee, it has the best chance of making it to the governor’s desk if it is approved by the House by the midway point in this legislative session: March 14, 2022. That will give it the time it needs to make it through the Senate. The sooner, the better in order to save both women and babies from the tragic and irreversible effects of abortion.