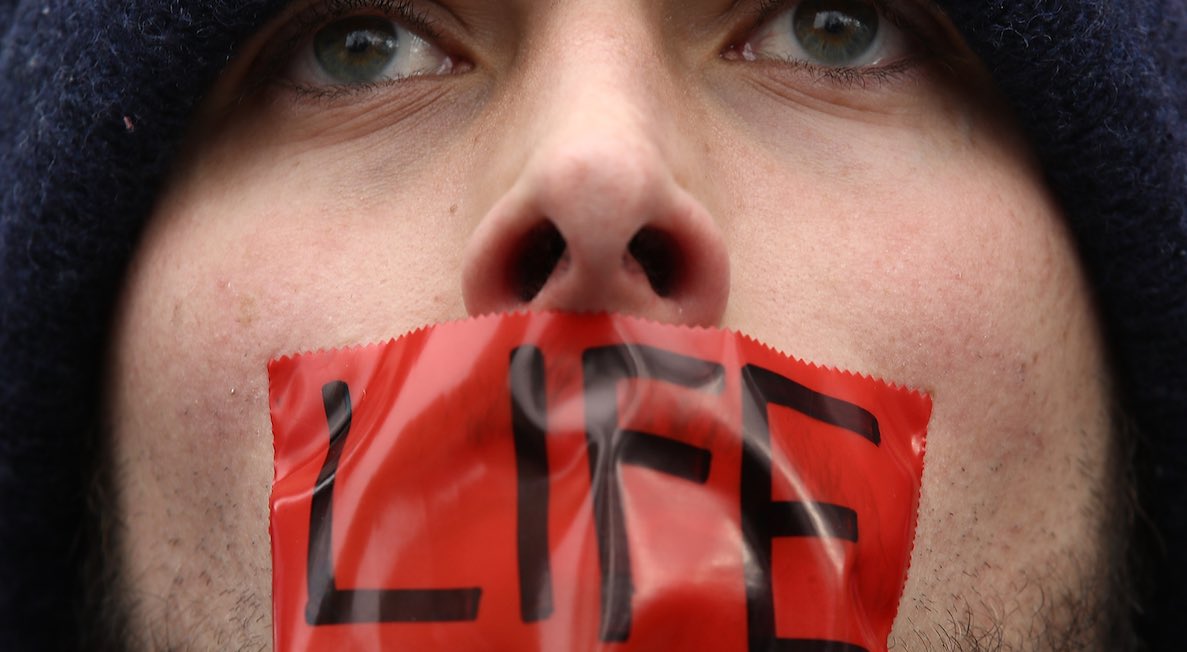 Editors at the prestigious Annals of Internal Medicine recently told Live Action News that they allow authors of abortion studies to keep funding sources anonymous to protect pro-abortion interests from alleged “anti-abortion” violence. This revelation is shocking, because in any study, it is important that funding sources be made public to reveal any actual or potential conflicts of interest.

Live Action News was informed of this “policy” after reviewing an abortion study recently published by the Annals of Internal Medicine and funded in part by long-time, wealthy population control advocates. The study, “Self-reported Physical Health of Women Who Did and Did Not Terminate Pregnancy After Seeking Abortion Services: A Cohort Study,” used flawed data from a widely publicized “Turnaway study” — a study that claimed women who gave birth after seeking abortions had worse health outcomes than those that had abortions. 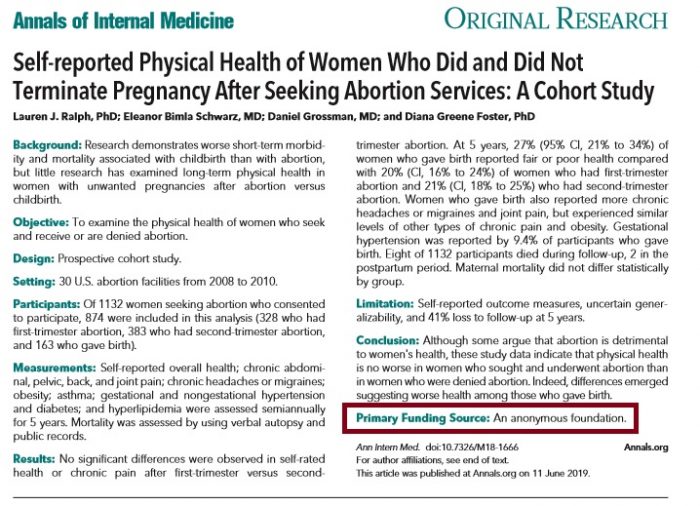 Authors of the report (Lauren J. Ralph, PhD; Eleanor Bimla Schwarz, MD; Daniel Grossman, MD; and Diana Greene Foster, PhD) are well connected to the abortion industry as Live Action News detailed here. Live Action News sought comment on this study from Dr. Michael J. New, Visiting Assistant Professor of Political Science and Social Research at The Catholic University of America, as well as an Associate Scholar at the Charlotte Lozier Institute, (the research and education institute of the Susan B. Anthony List). New reviewed the report and expressed concerns:

The main methodological flaw with the study is that it lost 41 percent of the participants five years later. This is a more serious problem than than the authors are willing to acknowledge. People do not typically drop out of studies randomly. People who cannot be found or people who do not wish to participate are more likely to have encountered personal, financial, or health problems of some kind. As such, the study tends to report on the outcomes of the cohort of post abortive women who are doing relatively well.

Live Action News previously reviewed the disclosed groups who helped to finance the report and discovered that funding was provided by one anonymous donor and three well-known abortion philanthropists, two which are investors in the abortion pill manufacturer, Danco: 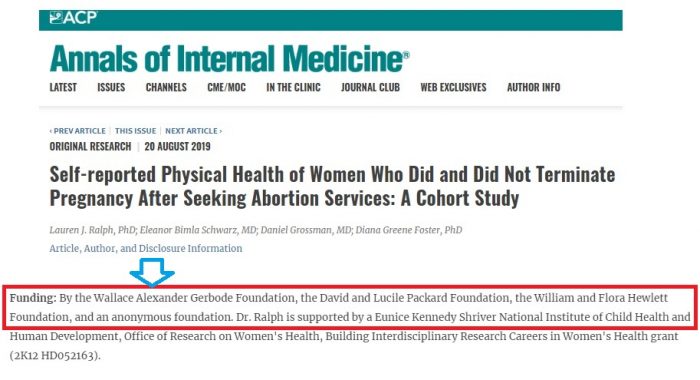 Upon reaching out to the Annals of Internal Medicine, inquiring whether all funding sources are required for publication, Live Action News received an e-mail response from Media Relations Manager, Angela Collom. She said, “All work submitted to Annals must include conflict of interest disclosures https://annals.org/aim/pages/authors… all research published in Annals includes mention of the funding source.”

Live Action News pushed further, inquiring as to why this particular study was permitted to hide one funding source. Collom’s response was rather shocking.

I asked our editor-in-chief, Christine Laine, MD, MPH about the funding source. She said, “While it is atypical for Annals to publish a study with an anonymous funding source, Annals does on rare occasion permit anonymity to protect individuals’ safety and privacy. Given the recent history of violent actions by anti-abortion extremists, the reasons why foundations funding research on abortion might impose a condition of anonymity are unfortunately understandable. Annals does not know the identity of the foundation, but during the peer review process the authors confirmed that the foundation that funded this study is not affiliated with any financial interests that might pose a conflict of interest.

Collom gave no evidence for the alleged and potential violence nor did she respond further when Live Action News pointed out that if the Journal was truly concerned about potential violence, then it made little sense to name the other three sources publicly — yet they did. Study authors signed statements claiming there were no “conflicts” in a document which asked authors to “report other relationships or activities that readers could perceive to have influenced, or that give the appearance of potentially influencing, what you wrote in the submitted work.” 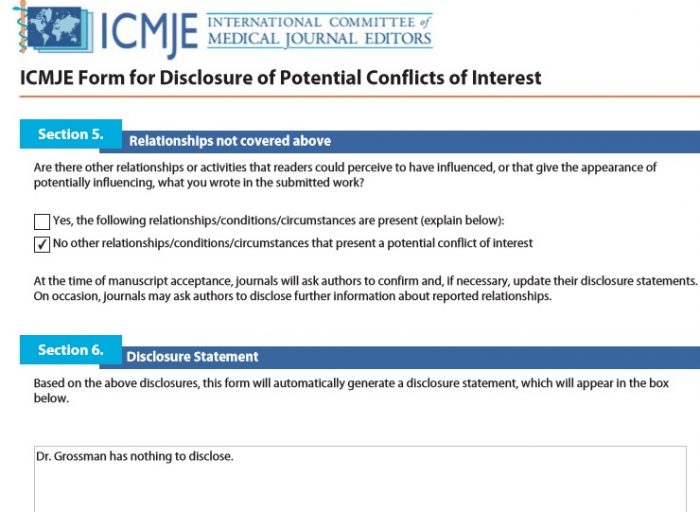 One such potential conflict not listed might be that co-author Daniel Grossman (noted in the image above and pictured in the screenshot below) is a Senior Advisor with an organization that admits on its own website that it is directly funded by the manufacturer of the abortion pill, Danco Laboratories, LLC. 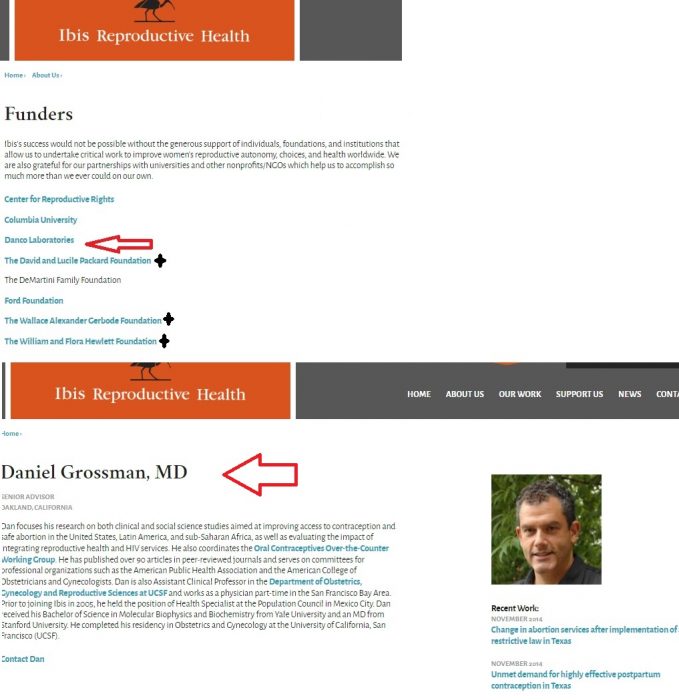 Co-author Daniel Grossman, MD  is a known abortion trainer pushing to expand self-managed (at-home) abortions. Grossman is leading the charge to get rid of the Food and Drug Administration’s safety protocols on the abortion pill. He’s conducting several clinical trials to that end with support from UCSF, which trains abortionists. As Live Action News previously documented, authors of a separate abortion study Grossman co-authored attempted to hide funding support they received from the Susan T. Buffett Foundation, connected to billionaire abortion philanthropist Warren Buffett, an original investor in Danco. Other Danco investors include the Packard Foundation (a funding source disclosed in the Annals study), billionaire George Soros (Open Society Foundations), and the California-based Kaiser Family Foundation.

It is possible that the anonymous funding source in the Annals report was one of these abortion pill investors, but we may never know. If the Annals of Internal Medicine wishes to maintain its integrity, they should require authors to disclose all funding sources and remove all suspicion.