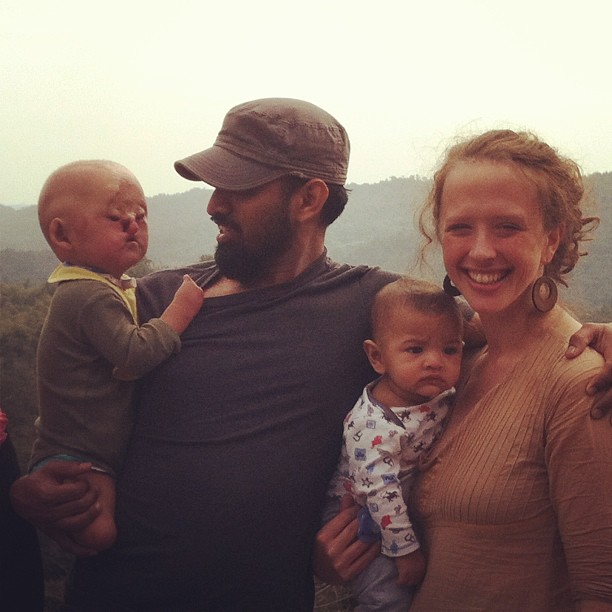 Update 1/27/2021: Adam passed away on June 12, 2016, after contracting Adenovirus. “Our little bird met his Maker and Sustainer…the Shepherd of his soul early this morning,” wrote his mother on Facebook. “There was incredible peace that enveloped his fragile, swollen body. He will be missed by so many. It’s indescribable to explain this ache. Yet to imagine his body restored and to imagine him surrounded by glory and welcomed by his Father…it’s a pretty good balm to our weary souls.”

In 2019, concerning the media coverage of Adam’s life, she said: “I spent a lot of time this weekend thinking about the boy who made me a mother. And I thought a lot of his birth mother. (Some of) the media coverage of Adams life portrayed her in a really negative sense, almost like she was “the bad guy” and we were “the good guys”. And though there was much pain and grief and hurt associated with his delivery and first day, she did carry him. She chose to leave him in a safe place. I carried him in a way she never could YET she carried him in a way I never could. That is motherhood.”

8/30/2013: For nine months, Adam was carried in his biological mother’s womb. He was safe with her, until the day he was born. Shortly after his birth, in a hospital in India, Adam was abandoned. He had been born with severe physical deformities.

No one in his family wanted him. Not one of them opened their heart or home to him. He was a child whose life many in this United States of abundance would deem unworthy of living.

When doctors told Adam’s family that they could not just abandon their child, their response was quite frank. His family said they would kill him. His village said they would poison him. So Adam stayed in the hospital and waited for his true family. He didn’t have to wait long.

Within the same hospital as Adam was a young couple, married for just six months – Raja Paulraj, a psychiatrist at the hospital and Jessica Cooksey Paulraj, a nurse and nursing teacher. They heard about this abandoned baby, and they went to him.

The Paulrajs loved Adam upon first sight. Doctors told them that he wouldn’t live long, maybe only a few weeks. But the young couple adopted him anyway. As Jessica writes on her blog:

As we were reading thru Paul’s letter to Rome in chapter 8 we were confronted with our own adoption as His sons and daughters. And when Adam was abandoned at our hospital due to significant physical deformities, we were awakened to the reality of our own spiritual condition before our adoption and His extravagant, sacrificial Love that adopted and redeemed us.

Adam was diagnosed with Bartsocas-Papas, a rare condition that brings with it physical abnormalities. He was born without eyelids or a nose, with a severe cleft palate and lip, with major hand abnormalities, and with legs which were fused together. His brain, lungs and heart are healthy. Most people with this condition die in the womb or shortly after birth. There are only 24 known cases. Raja and Jessica were told to simply keep Adam comfortable.

But the couple reached out to their friends, and an email to a one such friend at UNC Hospitals in Chapel Hill brought about the miracle they were seeking. Within two months of his birth, Adam was in North Carolina having his first round of surgeries which included one to give him eyelids to prevent him from losing his sight, and one to fix his cleft lip.

Surgeries, however, are expensive. Yet within days, the Baby Adam Fund was established and over $140,000 was quickly raised to help Raja and Jessica provide Adam with the health care he needs. In fact, despite the poor prognosis Adam was given, he will turn two years old in a few weeks. He has also become a big brother.

Just this week, Adam had surgery to give him a palate. This brings about the hope of being able to eat and speak. In the future, Adam will have the use of prosthetic legs and hands. But even without those gifts, Adam – a child his own family saw as a curse – has love and joy. He is full of energy, he squabbles with his brother, and he is like any other little boy.

In an interview with their local ABC news channel, Raja says:

Jessica and Raja are ordinary people who followed God’s calling for them. They saw a child in need of love, of a home, of a family and they provided for him. In this act, the couple is the perfect example of a truly pro-life spirit. A spirit that holds all life as precious and worthy and beautiful.

Everyone is wanted by someone.

Adam will need many more surgeries, but since he is not yet a U.S. citizen, he does not have health insurance. To help Jessica and Raja continue to afford Adam’s care, you can donate to the Baby Adam Fund.