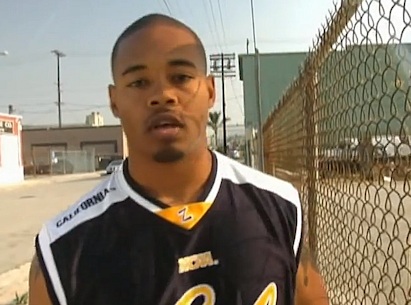 Flypside is a band that’s birthed out of Oakland, California. Featuring Piper (MC), Steve Knight (vocals, acoustic guitar), and Dave Lopez (lead guitar), the group debuted their hit single, “Someday,” in 2005. The single came out of their album “We the People,” which sold a quarter of a million units worldwide. Another single from their debut album called “Happy Birthday” became a top-3 hit in Germany.

The video for the “Happy Birthday” single was uploaded to YouTube in November of 2009. Though the song was uploaded years ago, the video receives continual feedback. A viewer left this comment a week ago after listening to the song: “I have one wish – more songs as this one.”

What causes this song to continually draw in viewers? Along with the rapper Piper’s skill and talent, there is the content of the rap he’s performing. The song “Happy Birthday” is about a man apologizing to the child he aborted. The haunting song is about regret over making a mistake that cannot be changed and the loss of a child who was never known. The lyrics are raw and personal, leaving listeners with a heavy heart.

Please accept my apologies, wonder what would have been
Would you’ve been a little angel or an angel of sin?
Tom-boy running around, hanging with all the guys.
Or a little tough boy with beautiful brown eyes?
I payed for the murder before they determined the sex
Choosing our life over your life meant your death
And you never got a chance to even open your eyes
Sometimes I wonder as a fetus if you fought for your life?

This video clearly echoes the message that the Silent No More awareness campaign expresses: “Men regret lost Fatherhood.” Silent No More has a website titled “Fatherhood Forever,” where its staff help men find hope and healing after abortion. The website also includes a section called “Real Stories,” where men can share their experiences with abortion.

Like Piper’s song, these stories are heartbreaking to read. One man writes about his feelings after the abortion his wife had:

I think of my child that will never be on earth. I hate the self-deception and the falsehood I bought into. The pseudo – “enlightened” argument I groped for has actually proven to be the DARKEST moment of my life, filling me with unending ache and remorse. Hardly a day goes by that I don’t shudder and almost weep again for the murder I helped to bring about. Quite often I even wake up in the morning thinking painfully of the undeniably selfish act I did over 11 years ago – STILL! I know I overrode in my core being my conscience (dulled at the time) and my Fatherhood instinct. No two ways about it: I acted – no, I was a coward..Even though assured of God’s forgiveness, I am still trying to forgive myself.

The process of healing from abortion is different for every man and woman. It’s important for post-abortive men and women to remember that there is hope. You’re not alone in your pain; there are people that can help.

I find it significant that Flipsyde comes from Oakland, CA. In 2011, I was invited to Oakland by pro-life leader Walter Hoye. I traveled with Catherine Davis and Ryan Bomberger, creator of a successful billboard campaign against abortion. Walter and Ryan worked together to put up billboards throughout the city displaying an image of a black baby with the words “Black and Beautiful.”

ABC News reported on the billboards and those who found them controversial. The message of the billboards was simple and true. Black children, like all children, are beautiful and should be protected in every stage of their lives. I’m encouraged to see Piper, a black man from Oakland, declaring the same truth.