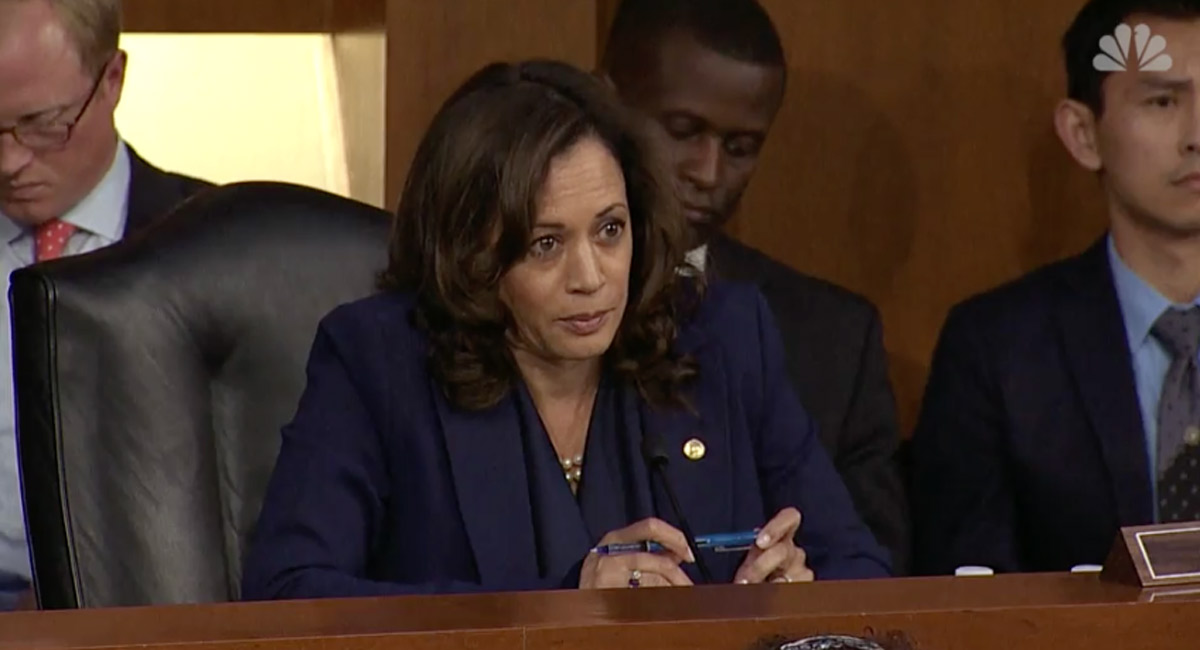 Last week, the White House held its first Day of Action on Maternal Health, and Vice President Kamala Harris continued to mislead Americans on the misconception that women will die if they don’t have access to abortion. Harris began work in the Senate to reduce maternal mortality rates — but by wrongly claiming abortion is life-saving health care, she is harming her own efforts.

“I don’t mean to sound alarmist, I mean this: Women will die,” she told The San Francisco Chronicle in a recent interview. “I’m very concerned about it. Women will die. In particular, women who don’t have economic resources and can’t then travel to places or somehow have access to safe reproductive health care, including abortion. And it is not an extreme statement, it is a fact.”

But Harris’s parroting of this decades-old and long-debunked abortion rallying cry truly is alarmist, and nothing short of fear-mongering.

Prior to the nationwide legalization of abortion in 1973, the number of women dying from abortions was much lower than abortion advocates claim. Dr. Bernard Nathanson, one of the main proponents of legalized abortion and co-founder of NARAL, eventually became pro-life, and admitted that the number of deaths from illegal abortions in the nation was not as many as 10,000 annually as abortion advocates had claimed; the real number was about 300 per year. Any death from abortion is tragic, but 300 is far fewer than 10,000.

Not only were thousands of women not dying from abortion, but the claim that one million women had undergone illegal abortions was a lie, too. The real number stood at under 100,000. Women were not seeking abortions at the rate that abortion advocates wanted Americans to believe.

Furthermore, a fact check from the Washington Post revealed that pro-abortion organizations have been peddling these lies for years. A statement by the pro-abortion American College of Obstetricians and Gynecologists (ACOG) said, “It is estimated that before 1973, 1.2 million U.S. women resorted to illegal abortion each year and that unsafe abortion caused as many as 5,000 annual deaths.” However, the Washington Post found that 1) there is no citation in the statement for the 5,000 death estimate, 2) none of the citations around the statement support that number, and 3) no explanation is given on how that number was calculated.

The truth is that women were not seeking abortion as readily as abortion advocates claimed, and women who did have abortions were not regularly dying in the years leading up to Roe v. Wade.

As for abortion being “safe reproductive health care,” Harris is wrong on that as well. Abortion is never medically necessary for any reason during pregnancy — not even to save the mother’s life in a medical emergency.

“In situations where the mothers’ life is truly in jeopardy, her pregnancy must end, and the baby must be delivered,” Dr. Kendra Kolb, a neonatologist, said in a video for Live Action. “These situations occur in cases of mothers who develop dangerously high blood pressure, have decompensating heart disease, life-threatening diabetes, cancer, or a number of other very serious medical conditions. Some babies do need to be delivered before they are able to survive outside of the womb, which occurs around 22 to 24 weeks of life. These situations are considered a preterm delivery and not an abortion.”

When a woman’s life is truly in danger during pregnancy, a preterm delivery or emergency c-section is safer for women than abortion. And doctors know this.

Kamala Harris is doing the entire nation — specifically women — a huge disservice by continuing to fuel the falsehood that abortion is medically necessary, and that thousands of women will die if abortion is restricted or criminalized. Scaring Americans into believing that abortion saves lives simply protects the abortion industry. It does not protect women or children.