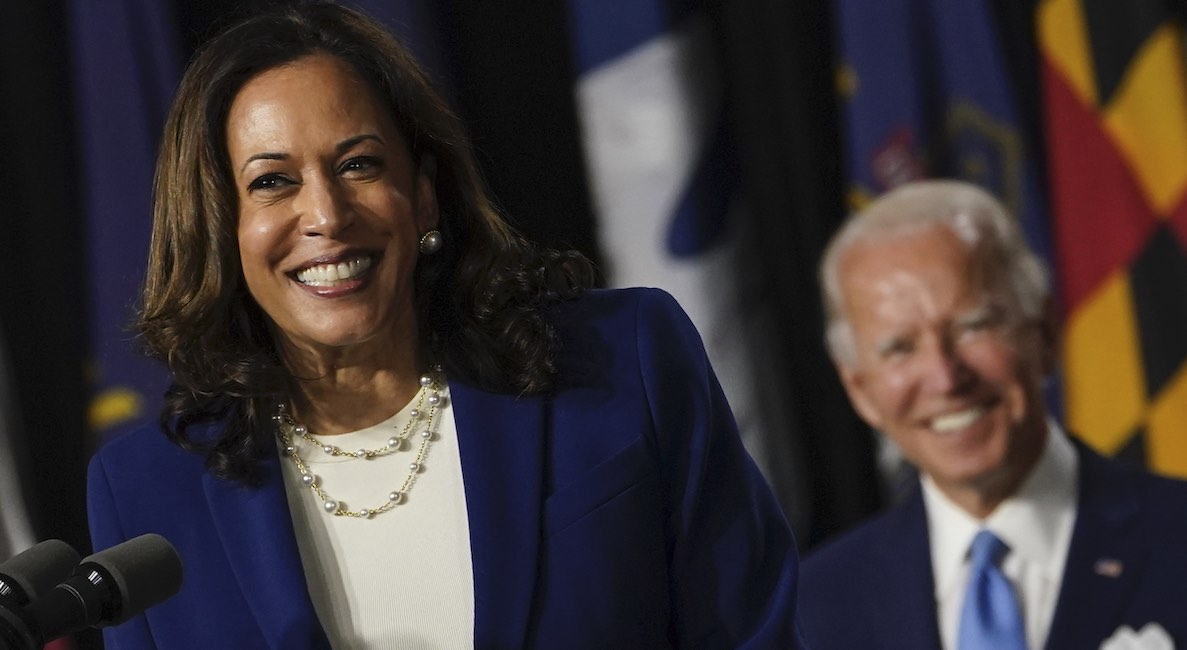 Vice President Kamala Harris’s unwavering support for abortion continues as she plans to welcome abortionists from Texas, Mississippi, Kentucky, and New Mexico to the White House on September 16. The reason for the meeting is the Texas Heartbeat Act, which went into effect on September 1 and restricts abortion to before an embryonic heartbeat can be detected.

“We will not stand by and allow our nation to go back to the days of back-alley abortions,” Harris said in a statement. “We will not abide by cash incentives for virtual vigilantes and intimidation for patients. We will use every level of our administration to defend the right to safe and legal abortion — and to strengthen that right.”

One of the abortionists who will meet with Harris on Thursday is Planned Parenthood employee Bhavik Kumar, who like his fellow abortionists, rushed as many women as possible through abortions on August 31, 2021, as the clock ticked down to the enactment of the Heartbeat Act at midnight. According to Glamour, at 7 o’clock that evening, Kumar still had 20 to 30 women waiting for abortions and he was able to get to all of them. At least, that’s four abortions an hour or one abortion every 15 minutes. But at 30 women over five hours, Kumar was committing an abortion every 10 minutes. Glamour said he committed 60 abortions in all that day — the most of his career — as if this was a heroic move. Rather, it was a dangerous, selfish move that put women’s lives and health at risk, but likely brought him a large financial gain.

An interesting statement coming from someone who dehumanizes and ends the lives of the weakest human beings for profit. In addition to this, both Harris’s and Kumar’s claims are misleading.

An oft-repeated claim is that one million illegal abortions had occurred and 10,000 women had died from back-alley abortions prior to Roe v. Wade, along with the prediction that thousands more will die if abortion is restricted in any way. However, this narrative is completely untrue.

As admitted by former Planned Parenthood medical director Mary Calderone, the same doctors who were committing “back-alley” abortions in the 1960s and early 1970s were the same ones who committed legal abortions after Roe v. Wade. The difference was that after Roe, they could freely advertise their “services.”

READ: Suddenly, illegal abortion can be ‘safe,’ according to abortion advocates

Today, abortionists send women to finish later-term abortions at home or in hotel rooms alone, where they sometimes deliver their third-trimester stillborn babies alone on a toilet. In addition, abortionists have recently pushed for at-home DIY abortions using the abortion pill without even examining women first to check for gestational age, ectopic pregnancy, or other health issues that put them at high risk for abortion pill related complications.

Women are still dying from abortion — only now it’s legal. Yet the truth about how many women are injured or dying each year may never be truly known because only about half of all states report abortion complications. However, we do know of some women’s tragic stories, including 23-year-old Keisha Atkins and 29-year-old Jennifer Morbelli, who both died from legal abortions.

Lives are on the line

While Kumar claims lives are on the line if abortion is not legal, lives are actually at stake because of abortion — both women’s and children’s.

The purpose of abortion is to end a pregnancy by intentionally killing the distinct human being who is growing in a woman’s uterus. Abortion is not health care and is never, under any circumstances, medically necessary. Abortion will not cure cancer. It will not cure mental illness. And it will not cure preeclampsia or any other pregnancy-related health issue. Sometimes a pregnancy must end to save the mother’s life, but intentionally causing the death of the child is not necessary. Treatment for an ectopic pregnancy is not an abortion, and pre-term delivery due to a medical emergency is not an abortion.

It is safer for the mother whose health is at risk to deliver her baby alive and hope doctors can save him or her than to be put through a multiple-step abortion procedure — one which takes days to carry out. An emergency C-section takes just minutes. When a life is truly on the line, no doctor with good ethics would put a woman through a three-day abortion procedure rather than a surgery that takes less than an hour.

When Texas passed the Heartbeat Act, legislators also passed three other laws aimed at helping women and their babies so that when women become unexpectedly pregnant, they have more resources and support available to them than ever before. Abortion is never medically necessary and no woman should ever feel that she must choose between her child’s life or her own. Nor should she feel pressured to abort because of her age, her marital status, her housing status, or her financial situation. Every child deserves life and every mother deserves the chance to parent her child.

Harris has been benefiting from Planned Parenthood’s cash flow for years, and fewer abortions is bad for business.