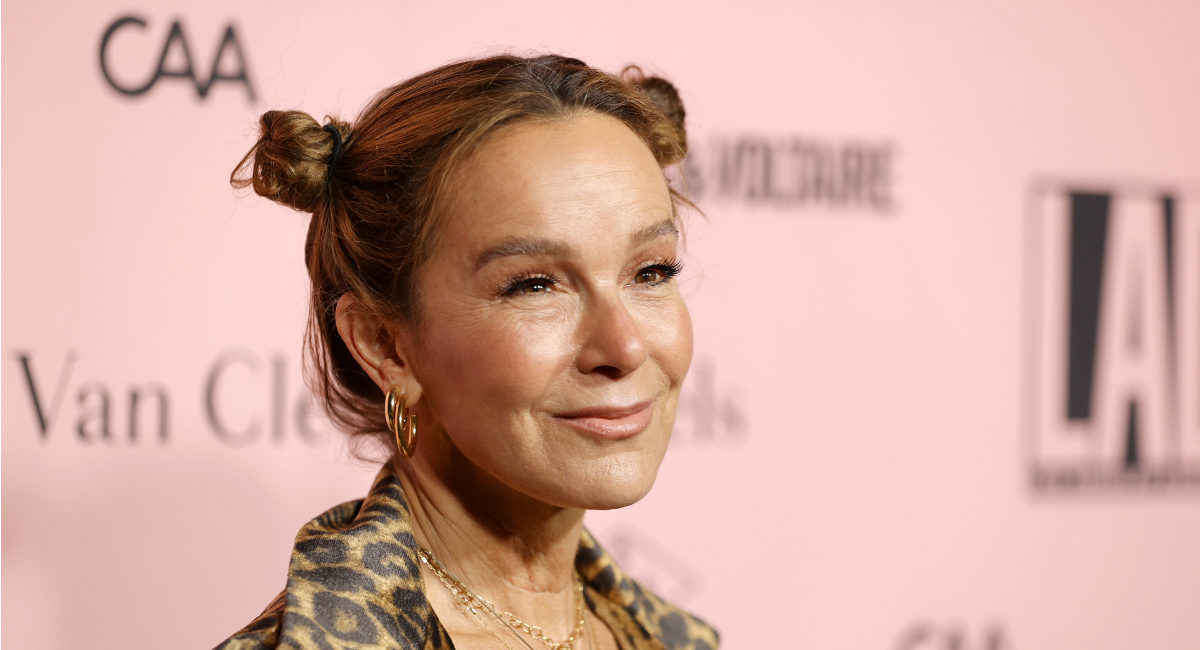 Actress Jennifer Grey, known best for her role in the 1987 film Dirty Dancing, recently opened up to the Los Angeles Times about her abortion as a teenager and feeling “emotional” about the end of Roe v. Wade.

“When I try to imagine my own daughter at 16, playing house, essentially living with a grown-ass man, doing tons of blow, popping Quaaludes, and going to Studio [54] — not to mention being lied to, cheated on, then gifted with various and sundry STDs and unwanted pregnancies, it makes me feel physically ill,” she said. “No teenager should be swimming in waters that dark … .” Yet, these were Grey’s teen years. Despite this, as traumatic as it sounds, Grey claims to have felt empowered by her sexual freedom at that age and told the Times that she used birth control carefully.

But drugs, living with an adult male, and dealing with STDs and unwanted pregnancies are likely not what our nation’s first feminists imagined when they fought for women’s rights (which did not include abortion). It’s hard to conflate that dangerous and reckless lifestyle with empowerment. She admits she wouldn’t have wanted her own daughter, now age 20, to have lived her teenage years like that.

It was during those years, prior to her role in Dirty Dancing, that Grey had an abortion and she implied that it actually had a negative impact on her. “It’s such a grave decision,” she said. “And it stays with you.” Yet, she attempts to justify it.

The truth is that Grey doesn’t know what her life would have been like if she had welcomed her child. She assumes she wouldn’t have had her career or “anything” at all. But her life could have been made better by her child, something most mothers say about their own lives after having a baby.

Grey’s implication with this statement is that mothers are incapable of career success. Other women in the industry have proven this misogynistic theory wrong. Director and actress Emerald Fennell was seven months pregnant when she directed “The Crown,” and said being pregnant during that time “really helped” and “gave me this weird power for myself.”

READ: These career women embraced motherhood with no regrets

Monica Potter, Shirley Temple, Naomi Judd, Solange Knowles, Niki Taylor, Maya Angelou, Aretha Franklin, and Loretta Lynn were all teenage mothers who became successful in their careers. Women have even won Olympic medals while pregnant. Countless women attribute their success to their children, who inspired them to work harder.

The idea of “unwanted” people

Even more troubling is that Grey was clear she had the abortion because she didn’t “want” a child and therefore, destroyed that child’s life. It is eugenic to label a human being as “unwanted” for the purpose of robbing them of their humanity, value, dignity, and very life in order to live the life you please.

The idea of “unwanted” people isn’t new — it’s been used to justify genocide for centuries. People have been dehumanized and called unfit and undesirable throughout history and those labels have allowed horrors to occur: the Holocaust and slavery, for instance. No human being deserves that treatment.

The most controversial part of Dirty Dancing is arguably the illegal abortion obtained by the character Penny. Grey’s character, ironically named Baby, takes money from her father to help procure the abortion for Penny, but the procedure is botched.

“We saw someone who was hemorrhaging,” Grey said about the scene. “We saw what happens to people without means — the haves and the have nots. I love that part of the storyline because it was really a feminist movie in a rom-com. It was a perfect use of history.”

While it is unknown how many women are injured by legal abortion each year in the United States (only half of all states are required to report abortion complications), there are countless 911 calls from abortion facilities that detail the horrors of legalized abortion. And it is still underprivileged women who are being targeted for these so-called “safe” abortions.

The end of Roe

Grey called the June 24, 2022, Supreme Court decision of Dobbs v. Jackson Women’s Health Organization overturning Roe “so fundamentally wrong.” She said about the decision, “I feel so emotional. Even though I’ve seen it coming, even though we’ve been hearing what’s coming, it does’t feel real.”

Over nearly 50 years, 63 million human beings have been violently killed by abortion and disposed of as medical waste. For five decades, women have been pressured and coerced into abortions and told that abortion was their only choice. Roe v. Wade may be history, but the mass genocide of innocent human beings is still raging on in America. And that is what is fundamentally wrong.