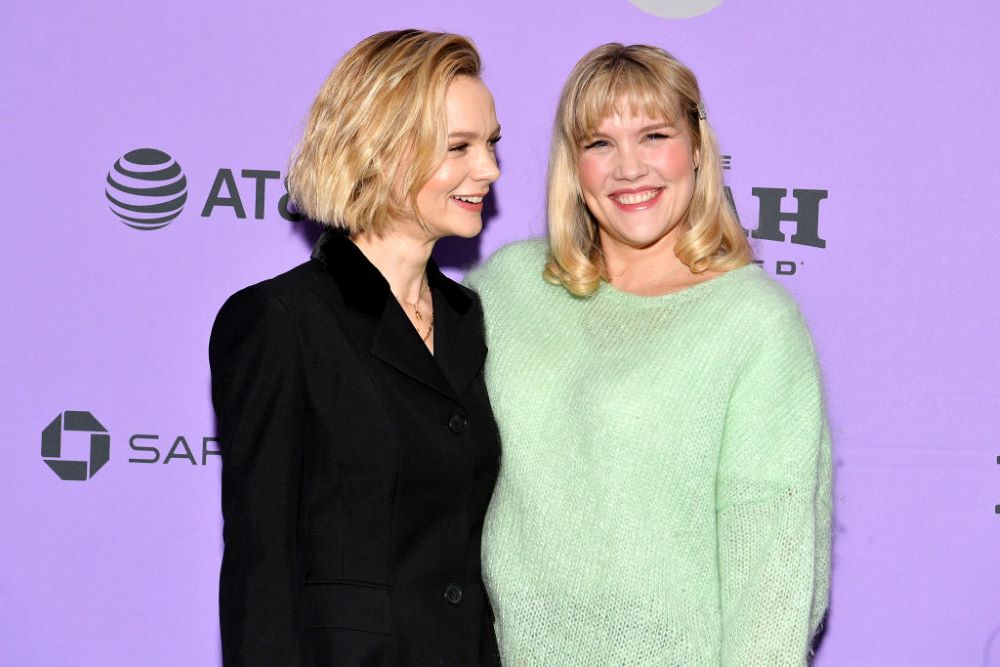 One of the biggest lies of abortion activists is that mothers need abortion in order to succeed in their careers. The insidious suggestion is that pregnant mothers cannot compete in the workplace without abortion. In other words, these activists claim that without the ability to end a child’s life in abortion if the pregnancy occurs at an inconvenient time, women will not have career opportunities.

Stories of real mothers show that this is not true, and even in cases in which pregnancy is a major interruption, family and community support make it possible for mothers to choose life and thrive.

Director’s pregnancy was an asset to her film

The Hollywood Reporter recently shared the story behind the making of “Promising Young Woman,” the directorial debut of Emerald Fennell which has been nominated for a Golden Globe. At the time of the 23-day shoot for the film, Fennell, a British actress known for her role in “The Crown,” was seven months pregnant. Far from inhibiting her first experience directing, having the time crunch of pregnancy was an asset.

Fennell told Deadline, “I was so pregnant and I think that really helped, because in general, I care deeply, pathetically what people think about me. I just chose the worst possible career in every way for that personality trait,” she says. “The idea of people not liking me and thinking I’m difficult, all those things, is just dreadful to me. But luckily, when you’re carting around a massive baby and you’re about to give birth, you don’t have the time to be anxious. I was like a literal ticking time bomb, which I think gave me this weird power for myself.”

Three weeks after the film wrapped, Fennell gave birth to her son.

Carey Mulligan, who plays the lead in the film, is also a mother with two young children. Far from being inhibited by their children, Fennell and Mulligan collaborated and likely brought unique perspectives and insights to their artistic project from their experience as mothers.

Motherhood inspired them to found a law group

While film production has time-intensive periods and often requires travel, it might seem like a career path that offers temporary flexibility that facilitates having children. Yet, even in notoriously office-heavy professions, women are finding new ways to have and raise children without giving up their careers.

For example, Maria Simon and Rebecca Geller founded the Geller Law Group, a six-woman firm that encouraged partners to make flexible schedules. Geller told The New York Times that they pursued creating their own office after struggling to find a law practice that was supportive of parents who needed more flexibility in their daily schedule.

There have been women in elite roles for decades, but often those women either do not have children or they have a husband who is the full-time caregiver for their children. Geller said, “I saw no role models who didn’t have a husband as a stay-at-home dad.”

Geller and Simon, like many professional women, did not want to compromise their standards or produce subpar work. They merely wanted the flexibility to bring kids to week-day doctor check-ups and attend the occasional preschool party, making up the work time after their children are in bed for the night. Through their experimental workplace, they are showing that it is viable to think outside the box when it comes to office management and time for family.

In other professions traditionally thought to exclude motherhood, women are demonstrating how they can remain committed to their long-term career goals while welcoming children in the brief, often intense child-bearing years. For example, Alysia Montaño and Tina Muir have drawn attention to the discrimination pregnant mothers face in athletics and have shown how having children is not the end of their careers.

The shoe company Altra chose to sponsor Montaño and Muir while both were pregnant. Pregnancy is generally not conducive to peak performance for elite runners, but Altra explained that they chose the sponsorship because of contributions beyond their speed. The company stated, “In addition to their long list of accomplishments on the track and on the road, both women have powerful voices and have helped forge positive change for women and mothers through their stories and activism.”

Muir is a British marathoner who hosts the podcast Running for Real. After signing with Altra she said having two pregnant mothers as the face of the brand “[m]akes people feel like, Oh, I’m not the only one. That puts the elite runners back on the level with everyone else, which I personally think is more inspiring than seeing someone run fast.”

Montaño is a track athlete who has shared her experience, common to many female athletes, of being penalized by sponsors for having children. In an op-ed in The New York Times, Montaño wrote, “Sports take a heavy toll on the human body, and sponsors accommodate this with time off for injuries. But rarely do they offer enough time off to have a child,” who competed in track and field while eight months pregnant, said, “I love running fast, of course. But my purpose is greater than how fast I can run.”

The support all mothers need, whether expanding their careers or struggling through a difficult pregnancy, is an affirmation that they can have children and thrive. Killing an innocent child through abortion does not help women advance. Mothers’ stories show what real female empowerment looks like.