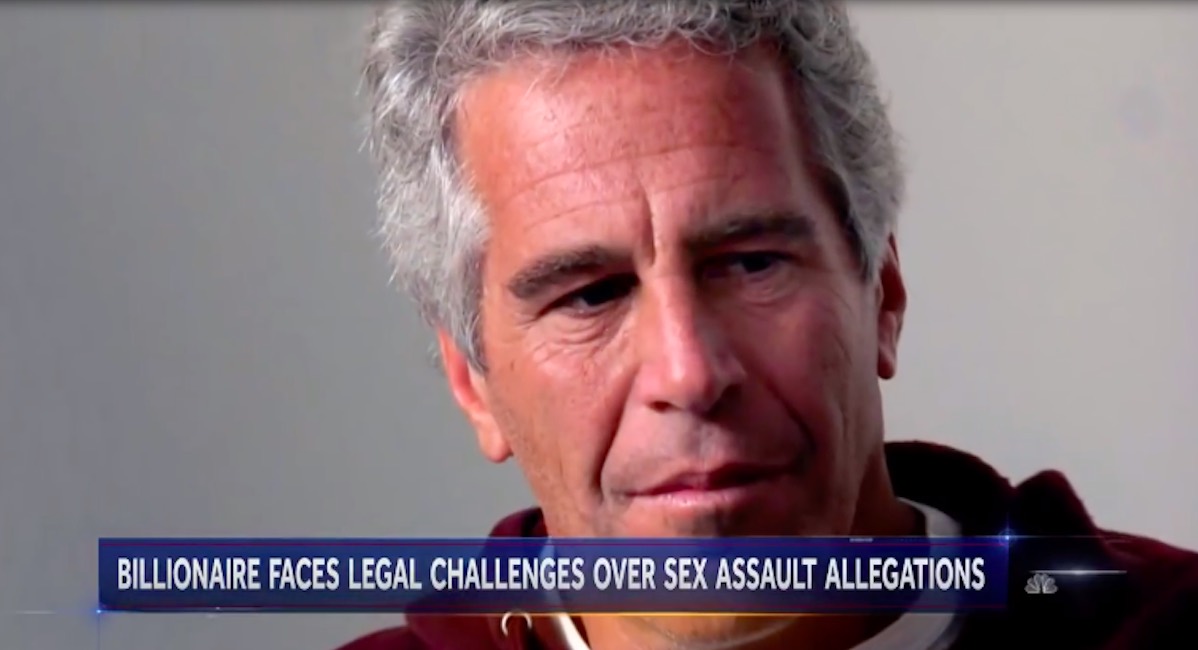 Notorious financier Jeffrey Epstein is in major hot water, as decades of alleged crimes — which include the rape and sex trafficking of minors — have caught up to him. He has been arrested on federal charges, but as his alleged crimes come to light, so have some of his bizarre beliefs and behaviors, like his fondness for eugenics.

The New York Times recently reported about Epstein’s fascination with transhumanism and eugenics, wrapped in his belief that he could improve the world by populating it with his supposedly “superior” genes. According to the Times, Epstein tried to surround himself with scientists to carry out his plan.

“On multiple occasions starting in the early 2000s, Mr. Epstein told scientists and businessmen about his ambitions to use his New Mexico ranch as a base where women would be inseminated with his sperm and would give birth to his babies, according to two award-winning scientists and an adviser to large companies and wealthy individuals, all of whom Mr. Epstein told about it,” the Times reported, adding that all three saw this idea as “far-fetched and disturbing.”

The Times also claimed that Epstein had a company based in the Virgin Islands engaged in DNA analysis. Harvard professor and previous Epstein defense counsel Alan Dershowitz said he attended a luncheon with Epstein, where Epstein asked “how humans could be improved genetically.” Jaron Lanier, another scientist, said he believed that Epstein’s dinner parties were opportunities to “screen” candidates to carry his children.

While these scientists and the New York Times seem to brush off Epstein’s desires as nothing more than the ramblings of a crazy man, the truth is, much of what he spoke of already exists… through in vitro fertilization, or IVF.

IVF has turned children into commodities, with “undesirables” screened out before they’re even implanted. With embryo screening, parents can test their children for disorders or abnormalities, and if any are found, then those children are destroyed. Parents can even reject their children based on nothing more than their gender, with some parents dehumanizing their children so much that they’re willing to trade them for the kind they want more. Gene editing, in which genes that may lead to disabilities like dwarfism can be removed from an embryo, is also becoming a possibility.

Beyond this, fertility companies treat babies like jars of mayonnaise on sale at Costco, with volume discounts and money-back guarantees. Embryos are turned into jewelry, fought over in custody battles, and killed because they have disabilities, are the “wrong” gender, or are twins. There are even IVF lotteries, where people can “win” their very own designer babies.

What Jeffrey Epstein advocated for was, without a doubt, horrifying and sickening. But it’s also already reality. People are already practicing eugenics and getting rid of human beings with genes they decide are inferior. And the fertility industry is also screening out “undesirable traits” and selecting “desirable” ones. We cannot deride Epstein for his despicable views while also allowing IVF and its many ethical issues to continue to flourish.